Former House Speaker Newt Gingrich pointed to the “stupid” Food and Drug Administration (FDA) not giving full approval to the COVID-19 vaccine as a reason not to give the federal government trillions of dollars in new funding.

“We have hundreds of millions of cases now where people have been vaccinated. I’ve been vaccinated … and the Food and Drug Administration still hasn’t approved it?” Gingrich said Tuesday on Fox News’ “America’s Newsroom.”

“How stupid does the FDA bureaucracy have to be, to have this huge worldwide proof that it’s safe and yet clearly some people are not getting vaccinated because they’re waiting for the government? And that’s typical of what we’re seeing,” Gingrich continued.

The former speaker noted that in California and Washington billions of dollars were “stolen” from the state’s unemployment fund, and condemned Democratic plans to fund “an unreformed bureaucratic system that is incompetent [and] is riddled with corruption,” saying it is an instance where “ideology is defeating reality.”

Arguing that it is more important to “reform the federal government” than to “pay more for it,” Gingrich said it is always easy to “write a bigger check” when the current generation will not have to pay for it.

“All of this money is phoney. None of it’s covered by taxes,” he said, suggesting that it was “very disappointing” to see Republicans “cave” on the infrastructure bill. “Washington is just … totally out of touch with the real world.” 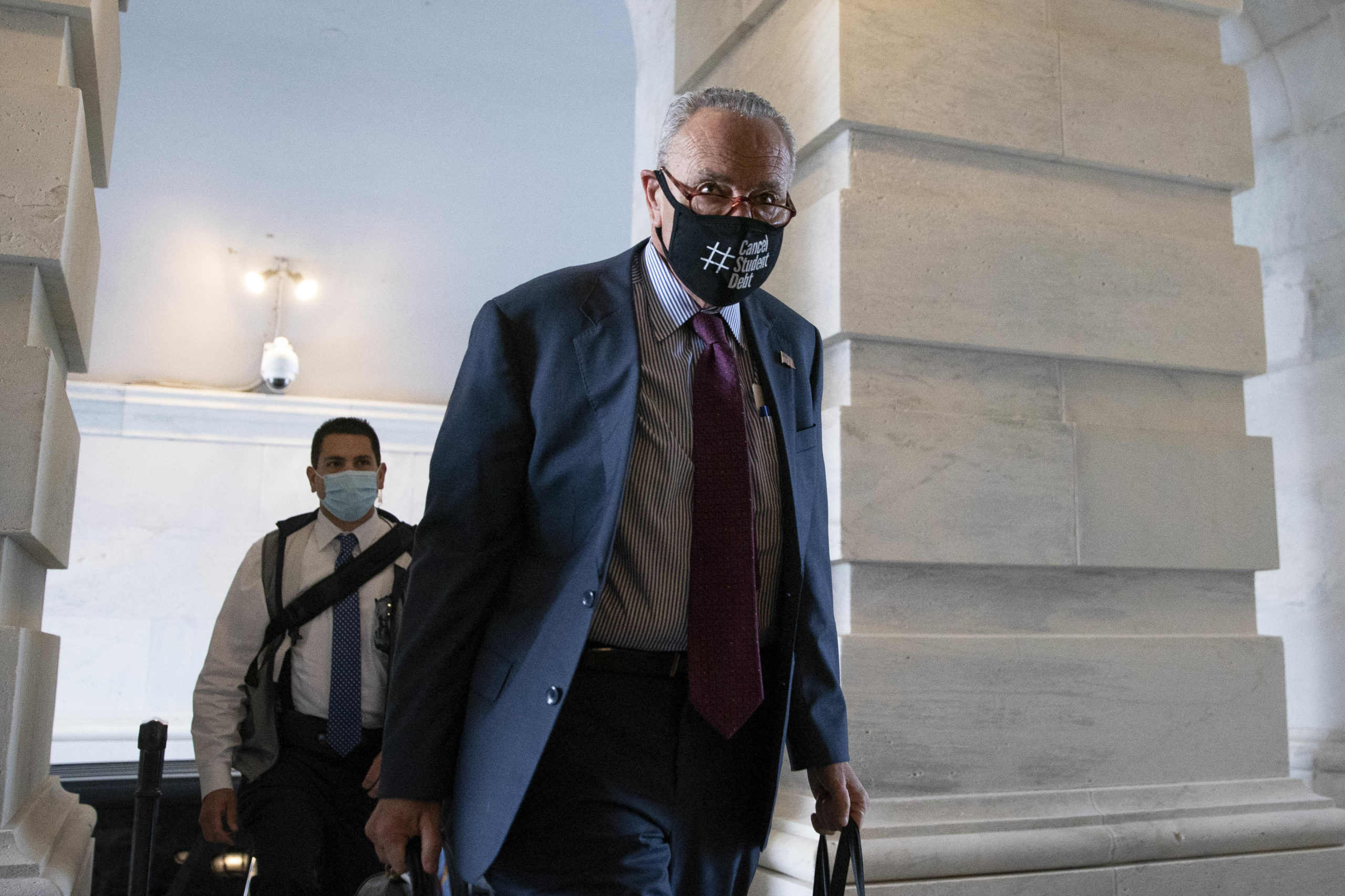 Senate Majority Leader Chuck Schumer arrives at the Capitol Aug. 7, 2021, when the Senate is convening in a rare session to advance its infrastructure bill. (Sarah Silbiger/Getty Images)

Senate Majority Leader Chuck Schumer announced Monday that the Democrats would seek a $3.5 trillion budget resolution that would spearhead efforts to fund climate change, health care and immigration policies. Some centrist Democrats in the Senate are  balking at the price tag, and that could set their party on a policy collision course.

Democratic New York Rep. Alexandria Ocasio-Cortez has said she will attempt to scuttle a bipartisan infrastructure bill if that budget resolution is not passed in the Senate.