The Senate voted to begin debating Democrats’ $3.5 trillion budget resolution, embarking on a marathon process that will likely be an ugly, partisan fight.

Senators took up the budget on a 50-49 party-line vote, a day after it was unveiled Monday by Vermont Independent Sen. Bernie Sanders. While Republicans unanimously oppose the $3.5 trillion spending package, Senate rules forbid budget legislation from being filibustered, meaning that it can pass with just Democratic votes if they all vote in support.

“This legislation in so many ways begins to address the working families of our country,” Sanders said on the Senate floor Monday. “But in one important way, maybe the most important, is as we address the needs of our people in health care and education and climate, we are going to create many millions of good-paying jobs that the American people desperately need.”

Republicans, however, have lamented it as a permanent expansion of the federal government, warning that it would skyrocket the country’s already-concerning national debt, which stands at over $28 trillion.

“The fact of the matter is we are talking about a massive expansion of the federal government, literally to give people pretty much free everything,” South Dakota Republican Sen. John Thune, the Minority Whip, said on the floor Tuesday. “Today, Democrats are taking the first step toward a massive and permanent expansion of government that would pay for on the backs of ordinary Americans.” (RELATED: Sanders Introduces $3.5T Budget Resolution, Dems Preparing For Party-Line Vote) 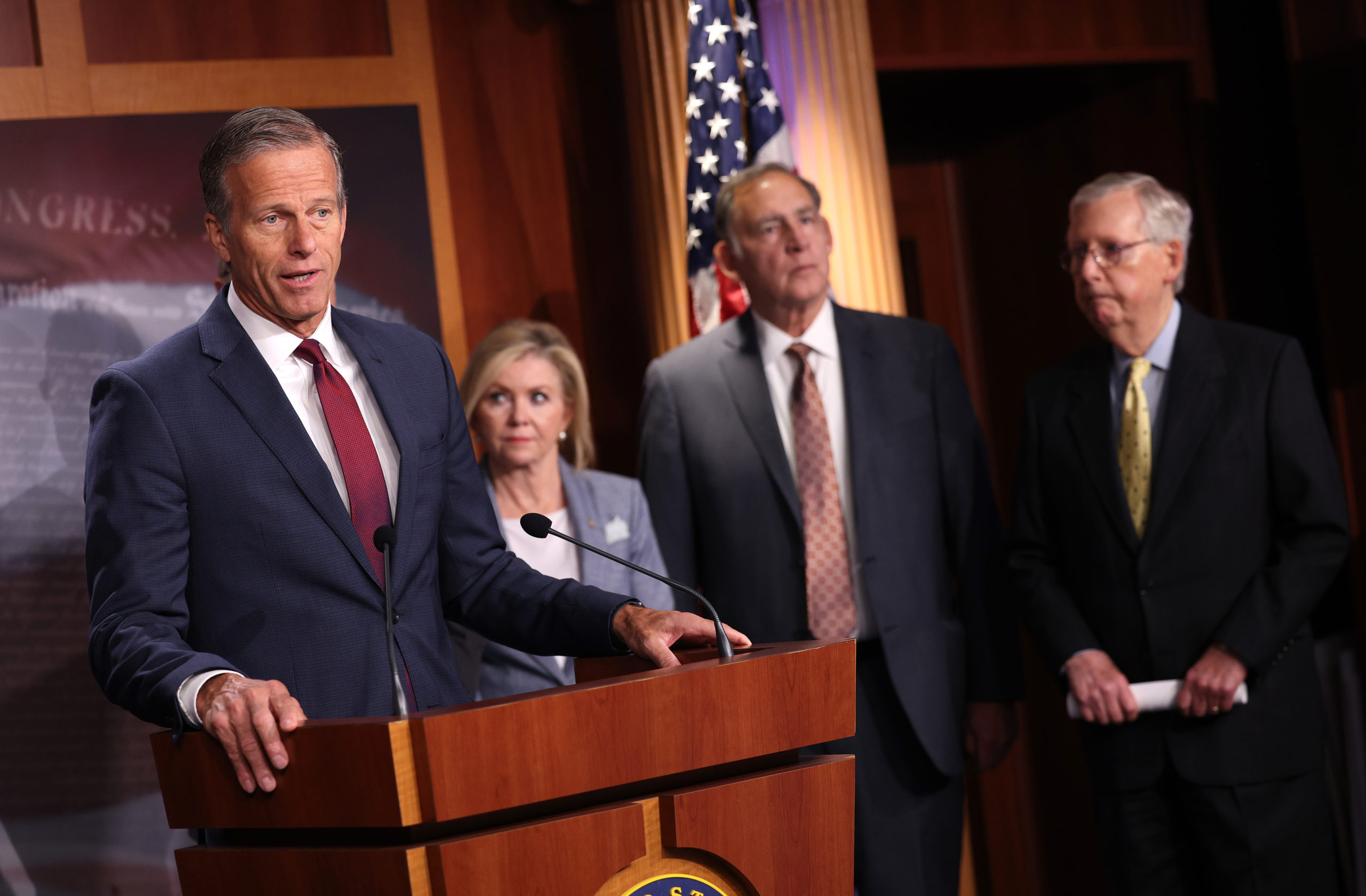 As of Tuesday morning, Senate Republicans had introduced over 400 amendments in total.

Though there is little Republicans can do to stop the package from passing the Senate as long as all Democrats vote in favor, it may not end up being $3.5 trillion when it does. Several moderates, including Arizona Democratic Sen. Kyrsten Sinema, one of the lead negotiators for the bipartisan bill, have objected to that big of a figure, potentially jeopardizing the 50 votes it needs.

Many House progressives, however, have conditioned their support of the bipartisan bill to the Senate also passing the reconciliation package, giving Speaker Nancy Pelosi little room for error with just a three-vote margin. In a bid to hold her caucus together, she has said that she will not bring the bipartisan bill up for a vote until the reconciliation bill is passed, which may not be until October at the earliest.