U.S. Attorney General Merrick Garland and Health and Human Services Secretary Xavier Becerra violated federal conscience-protection laws when they told the Department of Justice to drop a lawsuit against a hospital that forced a nurse to assist an elective abortion, Republican lawmakers said in a Wednesday letter.

The Daily Caller News Foundation first obtained the letter to the high ranking Biden administration officials, which demands an explanation as to why Becerra and Garland acted to dismiss the lawsuit filed under former President Donald Trump’s administration in December 2020.

“Your handling of this case is a profound miscarriage of justice and a rejection of your commitment to enforce federal conscience laws for Americans of all religious beliefs and creeds—and especially for doctors, nurses, and other healthcare professionals who object to abortion,” the Republican senators and congressmen, led by Tom Cotton of Arkansas and James Lankford of Oklahoma, wrote.

“Your actions signal to employers all around the country that they don’t need to comply with the law because your agencies will not enforce it,” they continued. “They also signal that this administration would rather allow consciences to be violated at the behest of the abortion lobby rather enforce the law and protect religious liberty.”

HHS’ Office of Civil Rights (OCR) issued a notice of violation against the University of Vermont Medical Center (UVMMC) in August 2019 for forcing a nurse to help with an abortion against her well-known objections to the procedure.

The letter noted that the hospital’s actions violated the 1973 Church Amendments prohibiting HHS grant recipients from discriminating against individuals who refuse to assist with an abortion due to their religious beliefs. (RELATED: Biden’s HHS Secretary Falsely Says There Is ‘No Law’ Dealing Specifically With Partial Birth Abortion)

“UVMMC not only violated one nurse’s conscience rights, but it kept policies in place that explicitly required members with conscience objections to participate in procedures to ‘ensure that patient care is not negatively impacted,'” the lawmakers said, adding that HHS’ OCR discovered that the hospital had scheduled approximately 10 nurses with registered conscience objections to help with approximately 20 abortions.

The lawmakers continued: “UVMMC easily could have accommodated objections without any disturbance to the services it provided, as it had for other non-religious and non-abortion-related objections, but instead continued to perpetuate a work environment that was hostile toward people of faith both in policy and practice.”

HHS let the hospital know that it must conform its policies to the Church Amendments, the lawmakers said in their letter, and HHS “even offered to work with UVMMC to help bring it into compliance.” (RELATED: Six Times In A Row, Becerra Refuses To Admit Partial Birth Abortion Is Illegal)

But the hospital, which has been receiving grant funding from HHS since 1998, refused to comply with “federal law and its contractual obligations as a federal grant recipient,” according to the letter.

The DOJ sued UVMMC in December 2020 at the referral of HHS under the Trump administration, the lawmakers said, but under Becerra and Garland’s leadership, HHS revoked its notice of violation, withdrew the referral to the DOJ, and requested the Justice Department dismiss the lawsuit.

“The DOJ did in fact voluntarily dismiss the case on Friday, July 30, 2021, without any binding settlement or requirement that UVMMC remedy its unlawful policies or make restitution to, or even acknowledge, the nurse whose rights it violated,” the lawmakers said.

The lawmakers highlighted that Becerra and Garland withdrew the lawsuit knowing that there were “no additional legal remedies for victims of discrimination in this case.” (RELATED: ‘Were The Nuns Going To Get Pregnant?’ Sasse Hammers Becerra On ‘Bullying’ Little Sisters Of The Poor) 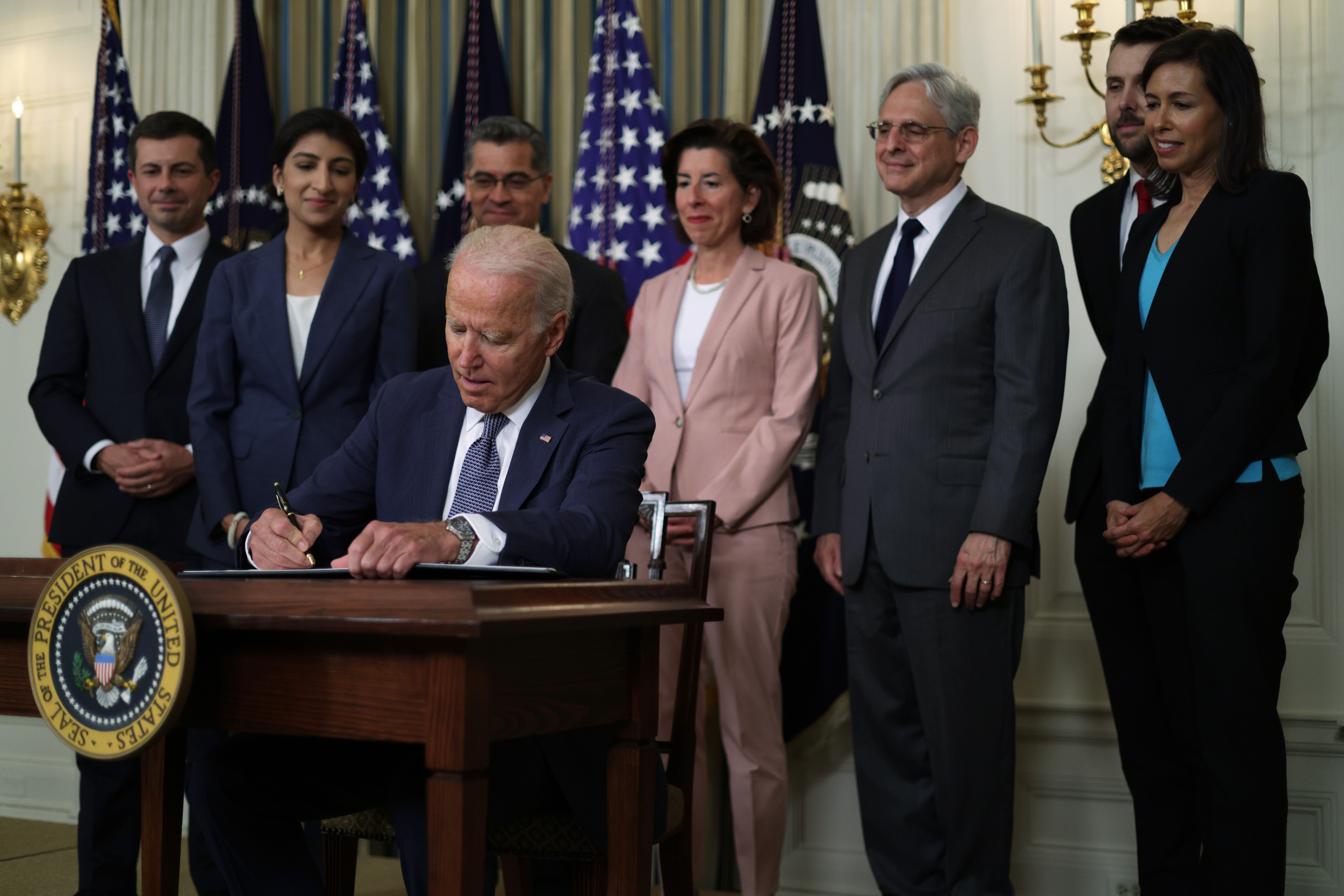 “In a pluralistic society, laws that allow people to live by their conscience should not even be necessary,” they continued. “Nevertheless, due to the coercive actions of employers like UVMMC and the hostility toward religious and moral convictions shown by your agencies in this case, the importance of these laws is plainly demonstrated.”

The lawmakers reminded Becerra that he promised earlier this year that HHS would “continue to provide protections for the civil constitutional rights of all Americans, including those that involve religion,” and follow the law as it relates to abortion, religious liberties, and conscience protections. (RELATED: ‘Total Nightmare’: Biden Policy Redefining Sex Puts Doctors At Risk, American Principles Project President Says)

“HHS’s actions in this case directly contradict those assurances,” the lawmakers said. “Moreover, they call into question your honesty before Congress and willingness to enforce the law in all other matters. We will continue to monitor the actions of both HHS and DOJ to ensure that the laws as enacted by Congress are fully enforced.”

UVMMC did not immediately respond to a request for comment from the DCNF.