The U.S. is deploying additional troops to Afghanistan to assist the evacuation of some officials from the U.S. embassy in Kabul as the country rapidly deteriorates under Taliban aggression, The Associated Press reported Thursday.

The Taliban have so far conquered 11 of the country’s provincial capitals, five of them fell since Wednesday. The Taliban now controls two-thirds of the country, displaying the ability to take over the country far more quickly than the U.S. anticipated. The deployment of U.S. troops will provide ground and air support for U.S. embassy personnel who are evacuating the country through the Kabul airport, AP reported.

A source with direct knowledge of the situation told the Daily Caller that at least 3,000 U.S. troops will be deploying to the Kabul airport. Chief Pentagon spokesman John Kirby confirmed the troop movement later Thursday.

Three infantry battalions to move to Kabul airport in the next 24 to 48 hours, announces @PentagonPresSec. #Afghanistan pic.twitter.com/FZaOfr8hGh

While Afghan government forces have fallen far more quickly than U.S. military officials predicted, the Biden administration argues that is more due to a lack of effort on the part of those forces to resist the Taliban. (RELATED: Afghanistan President Blames US Troop Withdrawal For Worsening Security Amid Taliban Gains)

“No potential outcome has to be inevitable, including the fall of Kabul,” Kirby told reporters Thursday. “It doesn’t have to be that way. It really depends on what kind of political and military leadership the Afghans can muster to turn this around.” 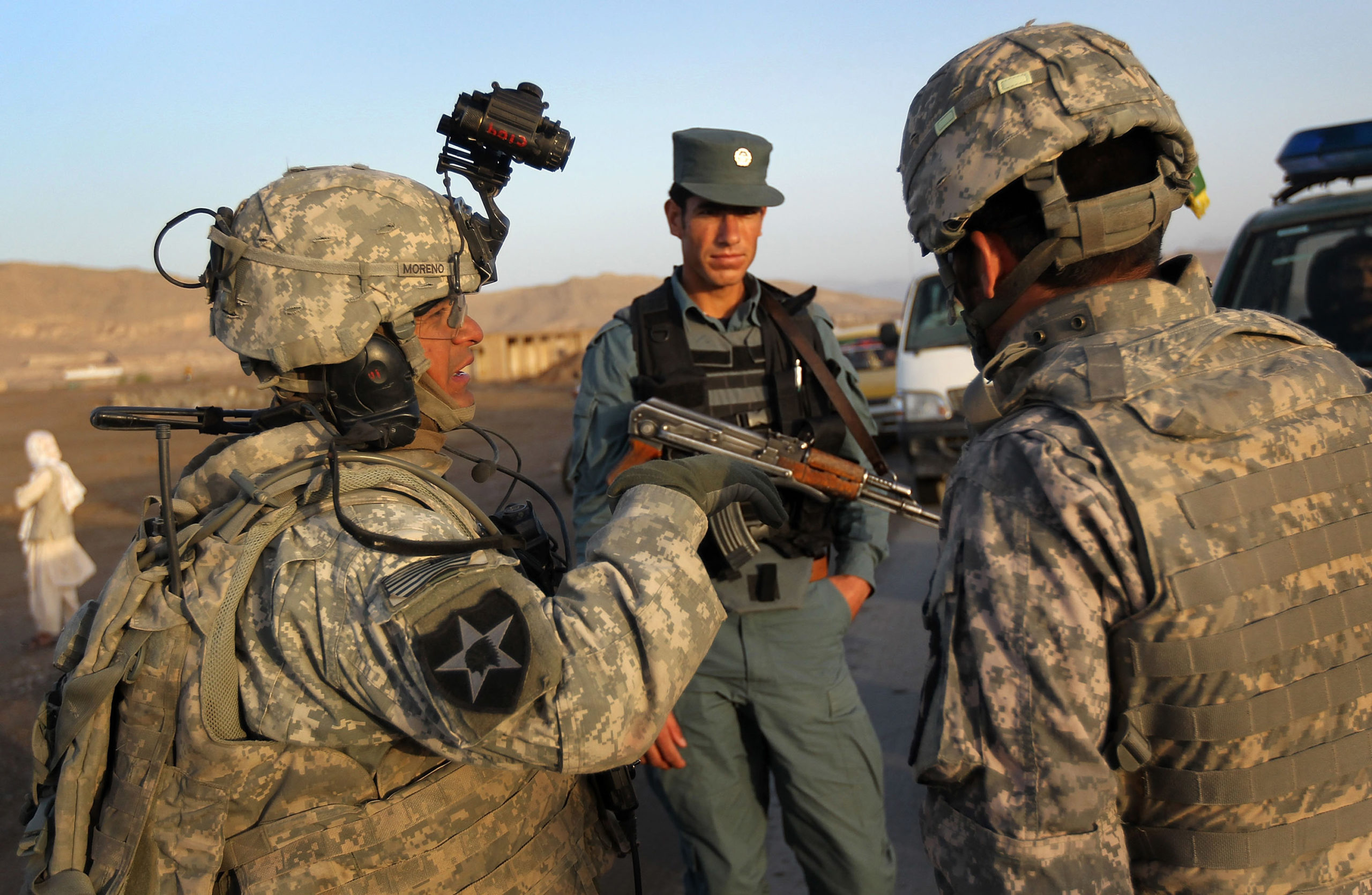 KANDAHAR, AFGHANISTAN – MARCH 06: A U.S. Army soldier from the 1st Battalion 17th Infantry Regiment speaks to an Afghan policeman (C) through an interpreter on March 6, 2010 in Kandahar, Afghanistan. The U.S. military is expected to launch a major offensive against Taliban insurgents in Kandahar in upcoming months, following its recent operation in Marja in neighboring Helmand province. (Photo by John Moore/Getty Images)

The U.S. embassy in Kabul issued a security alert urging any American citizens in Afghanistan to leave immediately. The U.S. Special Representative for Afghanistan Reconciliation Zalmay Khalilzad met with Taliban members in Doha, Qatar, on Tuesday and pleaded that they halt their campaign in Afghanistan and pursue a peace agreement.

Khalilzad was the lead negotiator in former President Donald Trump’s peace agreement with the Taliban made in February 2020, which paved the way for the U.S. withdrawal.

Shelby Talcott contributed to this report.