Minutes from a July 9 meeting of the Inmate Advisory Council at the California Institution for Women (CWI) reveal discussions between prison officials and inmates regarding body cameras worn by officers during strip searches of prisoners, housing arrangements, inmate pregnancies, wider shower curtains and condom distribution.

According to documents obtained by the DCNF, Associate Warden Rob Kettle said during the meeting that the distribution of condoms within the prison had sparked “great concern.” The warden references “the current makeup” of the population as a reason for formerly distributing condoms to the prisoners, but said that the prison had decided to halt condom distribution. (RELATED: Two-Time Baby Killer Among Trans Prison Inmates Housed At CA Women’s Facility)

The California Department of Corrections and Rehabilitation (CDCR) prohibits and disciplines inmate sexual activity, but state correctional facilities are still obligated to offer condoms under Penal Code 6500, CDCR deputy press secretary Terry Thornton told the DCNF, noting that in female prisons, the condoms are intended for overnight family visits and are not necessarily available to the entire general population.

“AW Kettle stated that there has been great concern regarding the decision to provide condoms,” the minutes obtained by the DCNF said. “Condom dispensers were installed because the administration believed it was the right thing to do given the current makeup of the population. The issuance of condoms has been halted.”

“The decision was made by individuals higher than the Warden,” the minutes continued, apparently quoting Kettle. “This is all the information available at this time.” 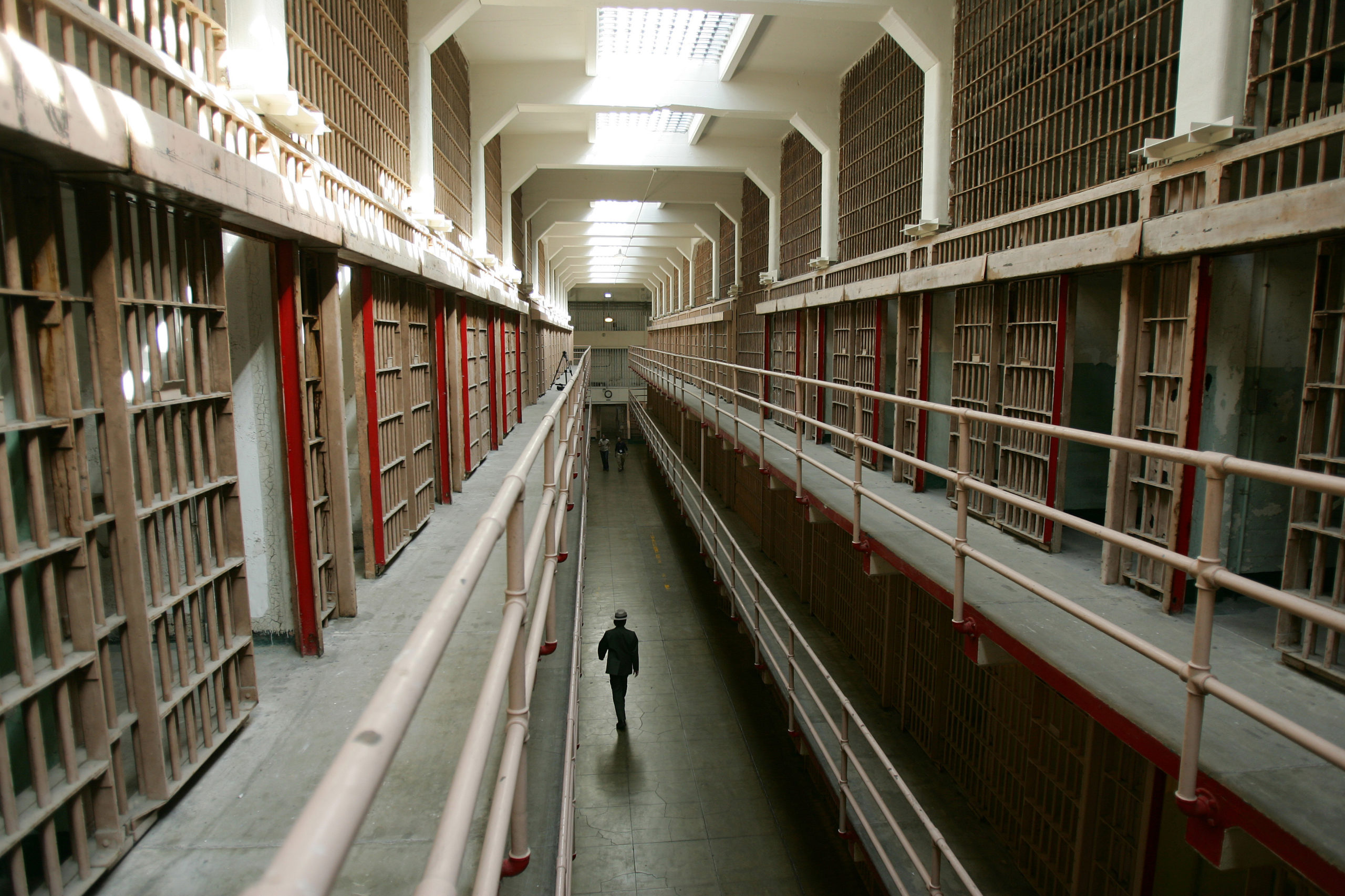 Kettle has not responded to requests for comment from the DCNF.

“I can’t tell you why he said what he did,” the CDCR’s deputy press secretary told the DCNF of Kettle’s comments. “All I can tell you is that condoms have been available in the institutions since 2015.”

Thornton would not tell the DCNF why CDCR halted distribution of condoms, saying only that CDCR is “evaluating possible expansion” of condom distribution “beyond just to women having family visits and women who are about to be released from prison.”

Thornton would not explain why CDCR is evaluating expanding condom usage.

Legal director of the feminist organization Women’s Liberation Front (WoLF) Lauren Adams said that WoLF is “disturbed” to hear that CWI stopped the distribution of condoms to incarcerated women “rather than to prevent them from being needed in the first place.”

“These condoms were a band-aid on the bullet wound of cruelty and violence that is SB 132, which forces women to be housed with male offenders,” Adams told the DCNF, referring to legislation signed by Democratic California Gov. Gavin Newsom in September 2020. “This move is particularly concerning in light of the reports of pregnancy and sexual assault already coming out of the prisons, and given the fact that several of the men reportedly have HIV.”

Multiple female prisoners have told WoLF that they have been assaulted by their transgender cellmates, Adams told the DCNF. The organization, which said it communicates with prisoners in CIW, has also said that at least one woman has become pregnant after being housed with a biologically male cellmate.

The DCNF has not independently confirmed cases of pregnancy due to transgender prisoners housed in female prisons.

Thornton outright denied the reports, calling them “inaccurate.” The deputy press secretary said that there are pregnant inmates in CIW, but those inmates were reportedly pregnant before they arrived at the prison.

SB 132 requires the CDCR to ask every individual entering the department’s custody to specify their pronouns, their gender identity, and whether they identify as transgender, nonbinary or intersex.

It also requires that CDCR house the individual in a “correctional facility designated for men or women based on the individual’s preference.” Similar legislation has been passed in Connecticut and Massachusetts.

The DCNF previously reported in April that a biologically male twice-convicted baby killer was housed in a women’s facility — with the mother of the prisoner’s murdered children — as a result of California’s policies. 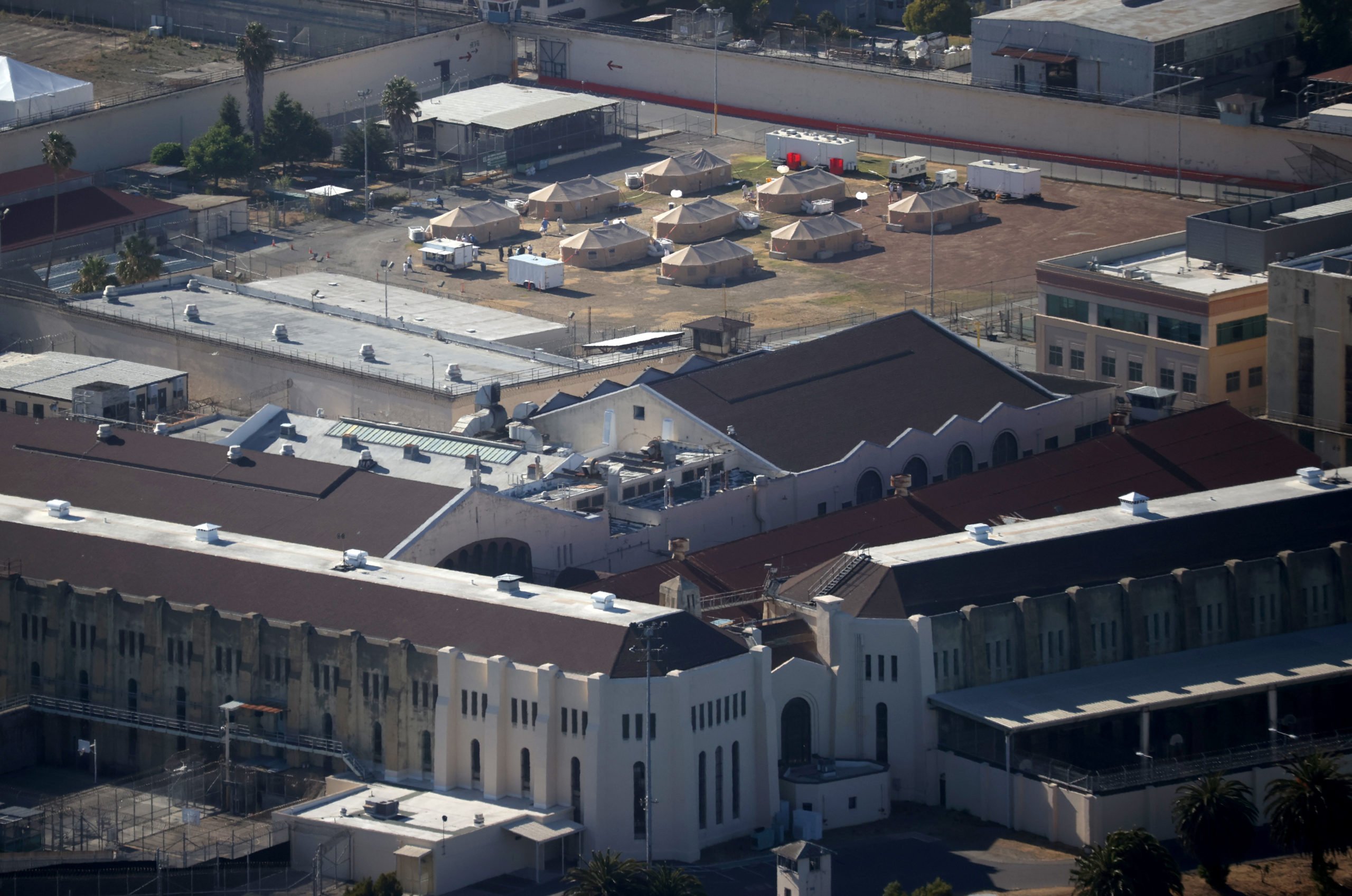 A view of a new emergency care facility that was erected to treat inmates infected with COVID-19 at San Quentin State Prison on July 08, 2020 in San Quentin, California.  (Justin Sullivan/Getty Images)

Hann and Werntz were imprisoned after authorities discovered the deceased remains of the couple’s son, Jason, and daughter, Montana, hidden in abandoned trailers. The couple was indicted by a grand jury in 2009, and attorneys said that Hann killed the children and Werntz hid the remains and brought them on travels throughout the country.

During the July 9 meeting, prison officials said that biologically male prisoners (transgender females) will be “clustered for their orientation period” and then will be allowed to house with “someone they are compatible with.”

Associate Warden Kettle said during the July 9 meeting that “no one will be forced to live with a transgender female” and that there are many housing options as “the population is very low.”

WoLF said in late July that the organization had heard from seven different people inside Central California Women’s Facility that at least one woman, and possibly more, is pregnant after she was housed with a biologically male prisoner transferred to her prison.

We have now heard from seven different people inside CCWF that at least one woman, possibly more, is now pregnant after being housed with a male felon who was transferred to the women’s prison under SB132. #StopSB132@Scott_Wiener @WomanIIWoman1 @NoXY_USA @NoXYinXXprisons https://t.co/F5BnYyPHZc

“Our connections tell us that at least 3 of the men have now been moved to Administrative Segregation,” WoLF tweeted in July.

In late June, WoLF issued a letter to Newsom, California Attorney General Rob Bonta, and Department of Corrections Secretary Kathleen Allison, “demanding an immediate halt to the transferring of male inmates to women’s prisons due to allegations that such policies place female inmates in danger and violate their civil rights.”

“Those running the prison system know how dangerous conditions have become for the women in California state custody,” the letter said. “Many of the correctional officers have openly acknowledged that they expect the women will be raped and assaulted, there will likely be pregnancies, and, in general, the environment will be ripe for exploitation of the women and challenging to control.”

“Some [correctional officers] have privately expressed concern and have reportedly urged leaders to take immediate action to right this wrong,” the letter said. “Conversely, at least one [correctional officer] has used this situation to torment the women in his care, threatening to put men in their cells to rape them.”