Despite odes to bipartisanship from its negotiators, the $1.2 trillion Infrastructure Investment and Jobs Act (IIJA) passed the Senate on the basis of its funding of special projects in the states of key senators.

Nineteen Republicans, including Senate Minority Leader Mitch McConnell, supported the 2,702 page bill, which was negotiated by five Democrats and five Republicans. All 50 Senate Democrats voted for the package, but Democratic House leadership will not allow a vote on it until the Senate passes $3.5 trillion more in spending via reconciliation.

Lead Democratic negotiator and Arizona Sen. Kyrsten Sinema praised the bill as “what it looks like when elected leaders take a step toward healing our country’s divisions,” while Republican negotiator and Ohio Sen. Rob Portman said he was “proud” of a package that would “improve the lives of all Americans.”

Sinema, Portman, and their eight co-negotiators secured major federal funding for their states, as did the 14 other Republicans who ultimately supported the IIJA. That funding comes from carve-outs for specific projects, as well as funding formulas and regional commissions that benefit the senators that participated in drafting or voted in favor.

Portman secured federal funding for Ohio state projects primarily through the Appalachian Regional Commission (ARC), an independent regional commission that describes its mission as “innovat[ing], partner[ing], and invest[ing] to build community capacity and strengthen economic growth in Appalachia.” Ohio received $10.8 million from the ARC in 2020. (RELATED: A ‘Historic Investment’: Here’s What’s In The Bipartisan Infrastructure Agreement)

The Commission is chaired by Gayle Manchin, the wife of Democratic West Virginia Sen. Joe Manchin, and will receive $1 billion over the next five years that it can disburse as it sees fit. Manchin was one of the five Democrats who helped negotiate the package. His home state receives between $8 and $9 million every year from the ARC, according to the state Department of Commerce. West Virginia’s other senator, Republican Shelley Moore Capito, also voted in favor of the IIJA.

The ARC will also provide matching funds at a four to one ratio for its member states to improve broadband internet capability, despite the fact that only two of its states, Mississippi and West Virginia, have below 80% broadband coverage, according to the industry blog GetInternet. Despite its nationwide lows of 20.3 megabytes per second and 69.2% coverage, Montana will not be eligible to receive matching funds via the IIJA to improve its internet. Montana will receive $100 million to improve its internet service, just like every other state.

The Delta Regional Authority (DRA) will receive $150 million overall and will also participate in the four-to-one broadband matching program. Republican Louisiana Sen. Bill Cassidy was one of the five GOP negotiators, and the DRA is committed to 19 projects in his state.

Republican Mississippi Sen. Roger Wicker was more honest in explaining why he supported the IIJA.

The bill “provides my state a lump sum of $3.3 billion for roads and highways, as well as $225 million to replace and repair bridges. We will also be able to compete for funding from another $12.5 billion in bridge grants,” he said during a speech on the Senate floor. 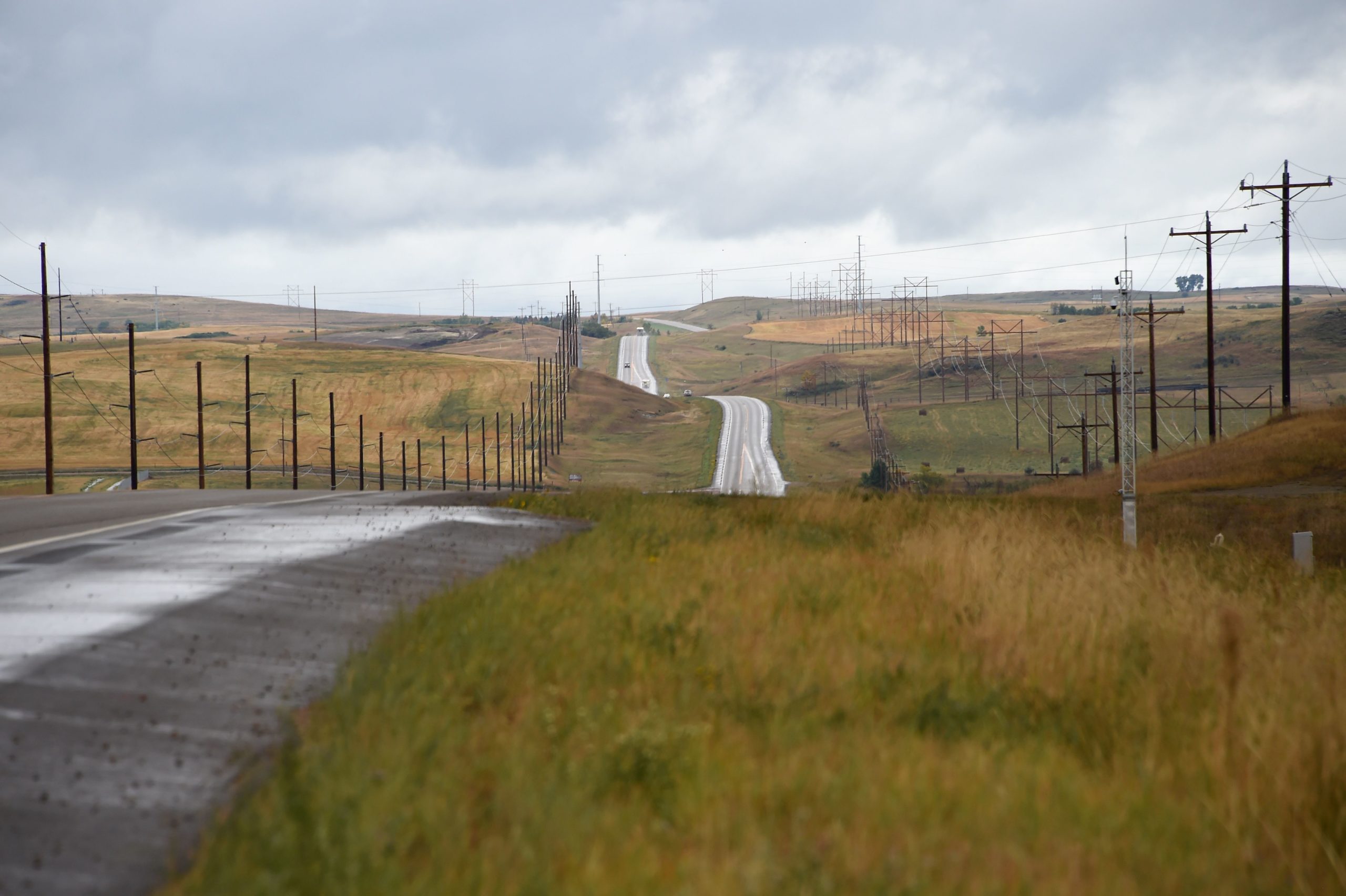 Other states will be able to access new highway funds by designating up to 600 miles Critical Rural Freight Corridors, provided that the states have a population per square mile that is less than the national average. Thirteen of the nineteen Republicans, Lisa Murkowski and Dan Sullivan of Alaska, Kevin Cramer and John Hoeven of North Dakota, Jim Risch and Mike Crapo of Idaho, Deb Fischer of Nebraska, Charles Grassley of Iowa, Susan Collins of Maine, Roy Blunt of Missouri, and Mitt Romney of Utah, who voted in favor of the IIJA represent states that will benefit from this provision. Three of the five Democrats who negotiated the bill, Sinema, New Hampshire Sen. Jeanne Shaheen, and Montana Sen. Jon Tester, also represent states that benefit from this provision.

The Department of Transportation will fund the “necessary reconstruction” of the Alaska Highway, a 1,387 mile-long road first built in World War II. The IIJA provides for “an applicable competitive grant program” for contractors to bid on the project, which will be paid in full by the federal government. Murkowski and Sullivan also secured $25 million for the Denali Commission. 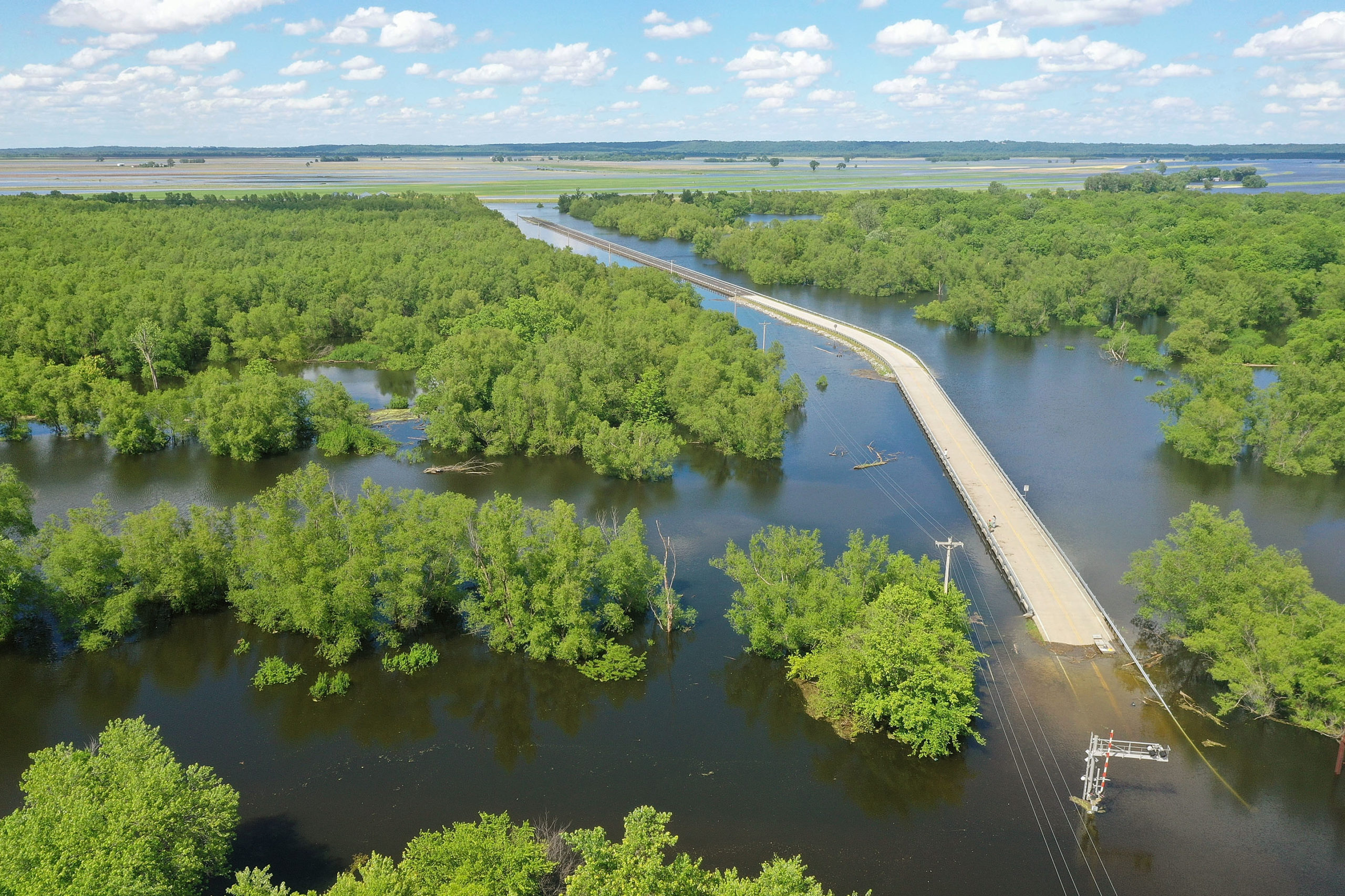 The Gulf Hypoxia Action Plan, first created by the Environmental Protection Agency in 2008, will receive $60 million over five years under the IIJA. The money will be apportioned equally among the twelve states that make up the Mississippi River watershed, including six states whose Republican senators supported the IIJA.

Special projects are often used to sway congress members who might otherwise be reluctant about the cost of a piece of legislation. That pressure is particularly acute among senators when the member they are serving with supports the package.

“It has been represented that Louisiana will receive $6 billion in new money for infrastructure. That’s not accurate. We would have received more than $4.8 billion anyway from the Federal Highway Trust Fund even if the infrastructure bill had not passed,” Republican Louisiana Sen. John Kennedy, whose counterpart Bill Cassidy supported the IIJA, said in a statement. “This bill shortchanges Louisiana and America. I support infrastructure, but not at any cost.”