A former scientist for the Obama administration criticized the conclusions of a new U.N. climate report in an interview with the Daily Caller News Foundation, arguing it would lead to “great economic destruction.”

“The report itself is … not bad,” Dr. Steven Koonin, former undersecretary of energy for science, told the DCNF Thursday morning. The report’s Summary for Policymakers and subsequent retelling by the media is where it “gets destroyed,” Koonin said.

To Koonin, the report’s excessive “credence to models” means there is too much uncertainty to implement policies he feels will wreak havoc on the economy. He also said the report’s sweeping conclusions should be taken with a grain of salt, as they fail to address historical climate trends.

“If it happened in the past, when human influence (was) small, you’ve got to explain why that’s not what’s happening,” he said.

The report noted that heat waves that previously appeared once every 50 years now occur almost 5 times as often. Koonin said, however, that there are a number of ways to make any changes in the temperature look “more dramatic” than they are.

In an opinion piece published in The Wall Street Journal Tuesday, Koonin noted how the summary of a 2017 U.S. government climate report highlighted the rise of heat waves across the country since 1960, but left out the part of the report stating heat waves were no less common in 1900. 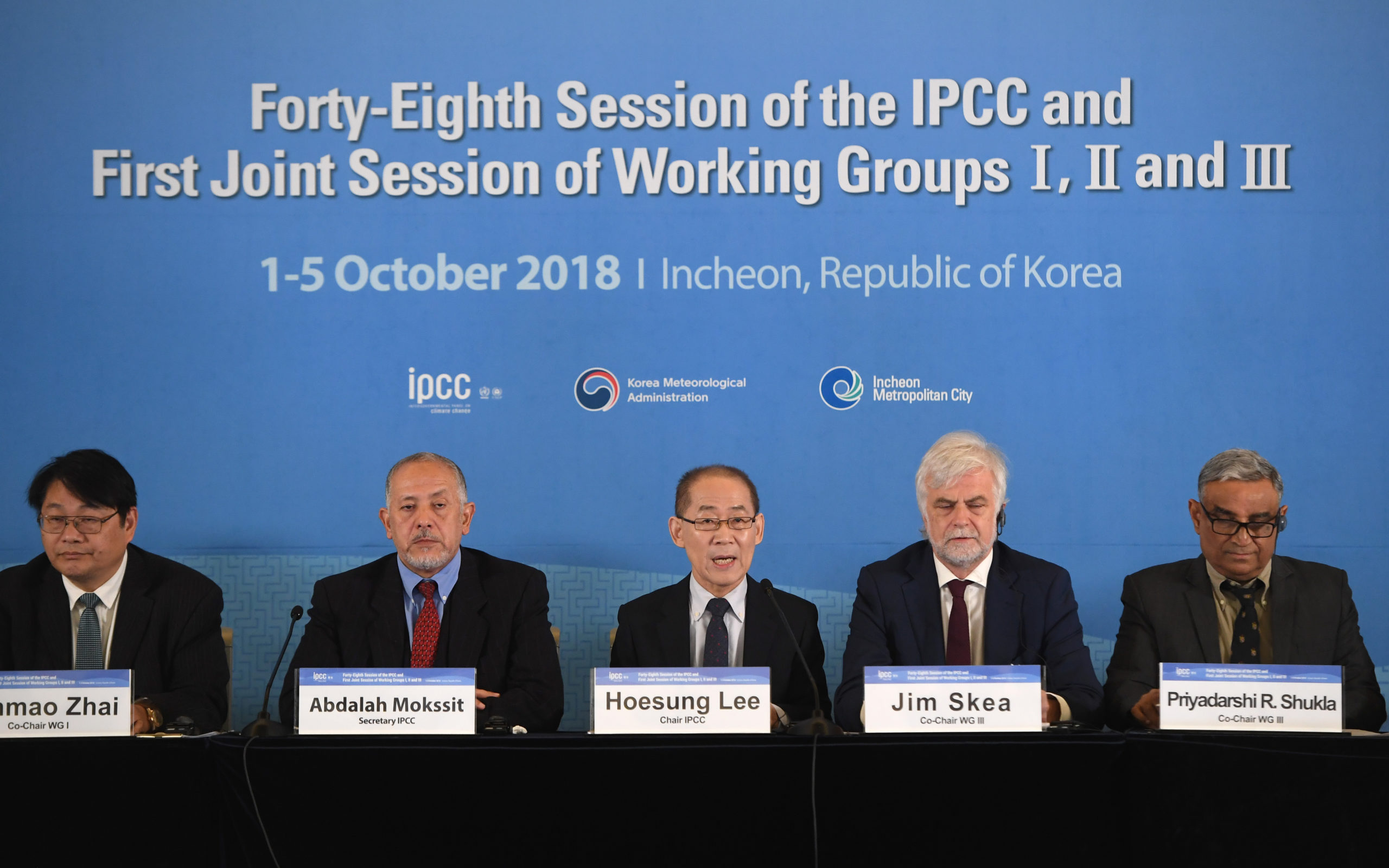 Hoesung Lee (C), chair of the IPCC, speaks during a press conference of the Intergovernmental Panel for Climate Change (IPCC) at Songdo Convensia in Incheon on October 8, 2018. (Photo credit should read JUNG YEON-JE/AFP via Getty Images)

“Knowledgeable independent scientists need to scrutinize the latest U.N. report because of the major societal and economic disruptions that would take place on the way to a ‘net zero’ world, including the elimination of fossil-fueled electricity, transportation and heat, as well as complete transformation of agricultural methods,” he wrote in the WSJ.

Koonin began to doubt the scientific consensus surrounding climate change after leaving the Obama administration in 2011, Inside Climate News reported. He was later tasked by the Trump administration to recruit participants for an “adversarial” review of the issue, Scientific American reported.

Other scientists criticized his arguments questioning the uniqueness of modern climate events, such as physicist Raymond Pierrehumbert.

“He claims that the rate of sea level rise now is no greater than it was early in the 20th century, but this is a conclusion one could draw only through the most shameless cherry-picking,” Pierrehumbert said in a 2014 Slate article. (RELATED: Progressives Outline Their Demands For Dems’ Reconciliation Infrastructure Bill)

Koonin said the world should be “paying attention” to rising temperatures, but argued any approach to solving the problem has to strike a “balance.”

He said that if the world wants to move toward a reality where there are zero carbon emissions, it has to be at a slower pace than what is currently being proposed. “If you do it too fast, you cause great economic destruction,” Koonin told the DCNF.