Several countries in South America are experiencing coronavirus surges due to the lambda variant, which studies show could prove more evasive to vaccines, the New York Post reported.

“In addition to increasing viral infectivity, the delta variant exhibits higher resistance to the vaccine-induced neutralization,” the study’s authors wrote. “Similarly, here we showed that the Lambda variant equips not only increased infectivity but also resistance against antiviral immunity.”

The outbreak in Chile is cause for concern due to its high vaccination rate, the researchers in Japan wrote in the study. 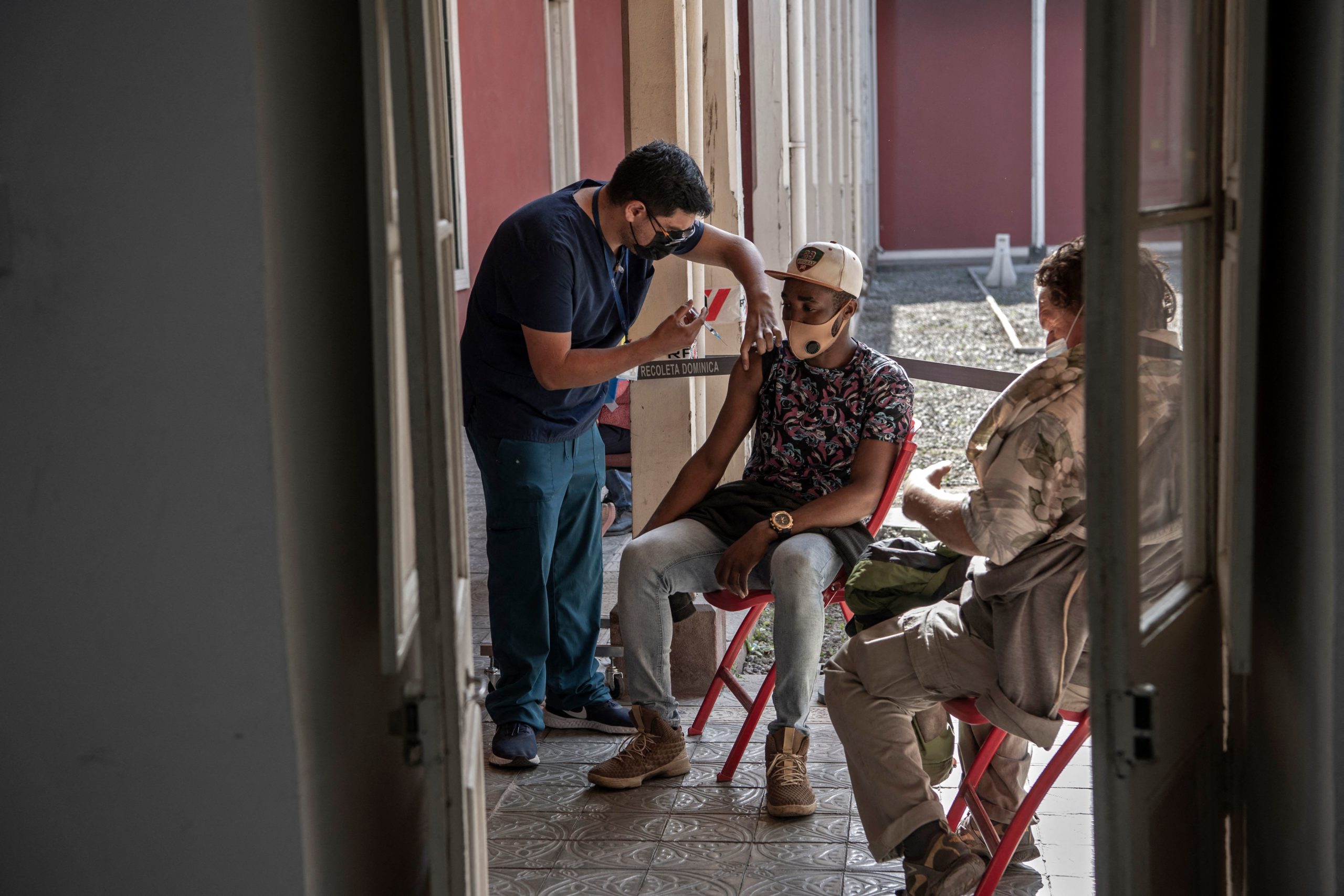 A health worker administers a dose of the Chinese CoronaVac vaccine against COVID-19 to a man at a vaccination centre in Santiago, on April 22, 2021. (Photo by MARTIN BERNETTI/AFP via Getty Images)

“Notably, the vaccination rate in Chile is relatively high; the percentage of the people who received at least one dose of COVID-19 vaccine was [about] 60%,” the study continued. “Nevertheless, a big COVID-19 surge has occurred in Chile in Spring 2021, suggesting that the Lambda variant is proficient in escaping from the antiviral immunity elicited by vaccination.”

The study has yet to go through peer-review and Chile’s extensive vaccination campaign largely used the Chinese Sinovac Biotech vaccine, the New York Post noted.

Many suggest the Chinese-made vaccine is less effective against the delta variant, and a number of Southeast Asian countries shifted to vaccines from the West due to high death tolls among people with the Chinese vaccine, the Washington Post reported. (RELATED: FDA Approves COVID Booster Shot For Immunocompromised Americans)

Lambda may be susceptible to neutralization by mRNA vaccines, such as those from Pfizer/BioNTech and Moderna, according to another bioRxiv study published July 3. The U.S. Centers for Disease Control and Prevention cited this study in a July 27 briefing.

Doctors continue to recommend vaccines as a defense against COVID-19, as vaccination may limit the deadly symptoms of the virus even in breakthrough cases. “There’s no doubt that over time, you’re going to have an attenuation of protection,” Director of the National Institute of Allergy and Infectious Diseases Dr. Anthony Fauci told NBC’s “Meet the Press” on Sunday.

The U.S. recorded approximately 900 cases of the lambda variant thus far, just one-tenth of 1% of the share of total cases, the New York Post reported. Delta, on the other hand, already infected more than 77,000 Americans.