Dunn previously worked as one of former President Barack Obama’s aides at the beginning of his time in office, Politico reported. She went on to act as an advisor for Obama, returning to the White House scene years later when Biden won the 2020 election. (RELATED: Biden’s Senior Advisor Once Said Chinese Dictator Mao Zedong Was One Of Her ‘Favorite Political Philosophers’)

Dunn helped Biden put together his administration and was essential in helping the president garner females for senior roles in the West Wing, according to Politico. Her position was always temporary, and though she remained at Biden’s side for longer than anticipated, Dunn announced in July she would be leaving “very shortly.” 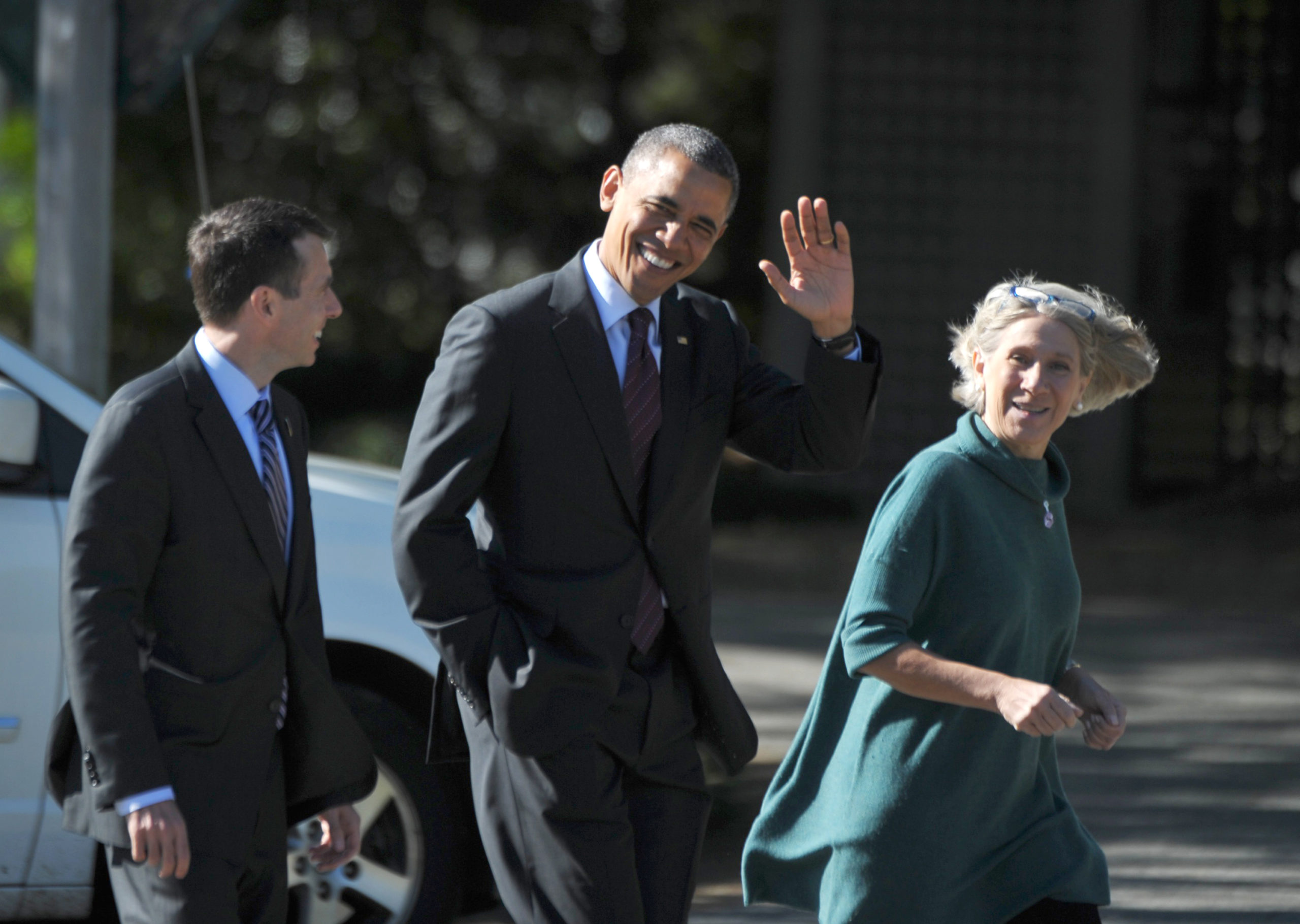 US President Barack Obama walks with Senior White House Advisor David Plouffe (L) and Anita Dunn to debate preparation at the Kingsmill Resort October16, 2012 in Williamsburg, Virginia. Obama will be heading to to Hofstra University in Hempstead, New York later in the day for the second presidential debate. AFP PHOTO/Mandel NGAN (MANDEL NGAN/AFP via Getty Images)

“I do believe when the president asks you directly to come serve, that you have a responsibility to serve, but this was not my intention to be at the White House full time for a longer stint,” Dunn previously said, according to Politico.

Dunn will go back to her job at a consulting firm but will continue to have the president’s ear. She’s likely to play a similar role to the president as she did for Obama, serving as an outside consultant.

Prior to helping the current president, Dunn informally counseled convicted rapist Harvey Weinstein as he faced sexual assault allegations in 2017, according to a past report published by Buzzfeed News. She wasn’t paid and reportedly told Weinstein to “accept” his “fate graciously, and not seek to deny or discredit those who your behavior has affected,” The New York Times reported.