MCALLEN, Texas — Some migrants who spoke to the DCNF said they were motivated to come to the U.S. by the Biden administration, while others cited death threats from “narcos” and disaster in their home countries.

“Suddenly, the situations during the previous years weren’t like this one. This year was much more difficult,” a Honduran migrant named Javier told the DCNF after illegally crossing into the U.S. near the Hidalgo Point of Entry early Tuesday morning.

Javier said increasing “crime and a lot of insecurity” including “extortions and death threats from the cartels” motivated him to leave Honduras. He said it took him a little over a month to reach the U.S.

“The truth is, what motivated us to leave was the lack of safety and the economy was also very bad,” Javier told the DCNF. He added that he wasn’t motivated by President Joe Biden’s election, but is “looking for more safety for our kids. We want the best for our kids.”

Another Honduran man traveling with Javier’s group said the Biden administration did not motivate him “at all.” 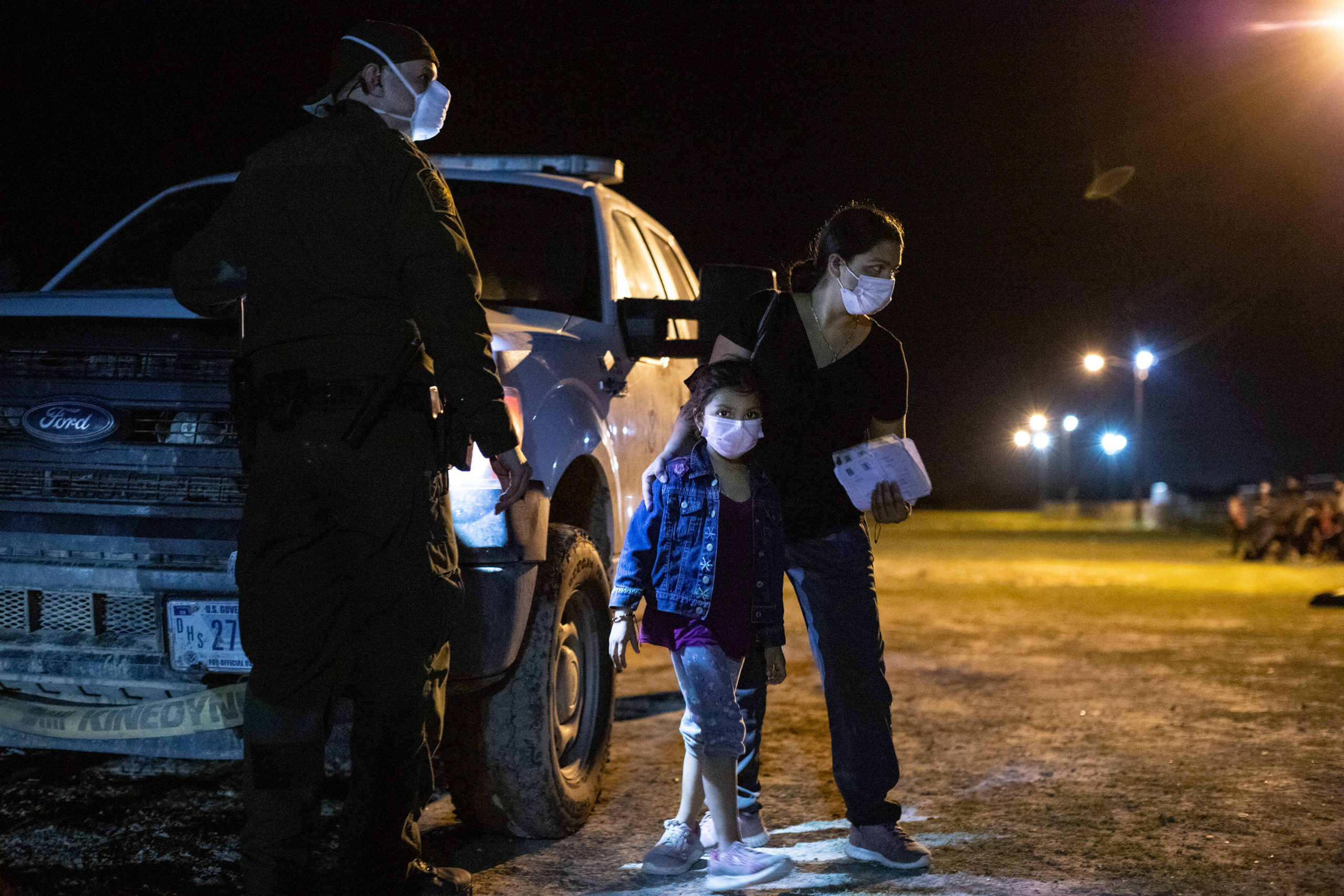 Migrants turned themselves in to Customs and Border Protection officials to be processed in hopes of applying for asylum near La Joya, Texas, on August 7, 2021. (Kaylee Greenlee – Daily Caller News Foundation) 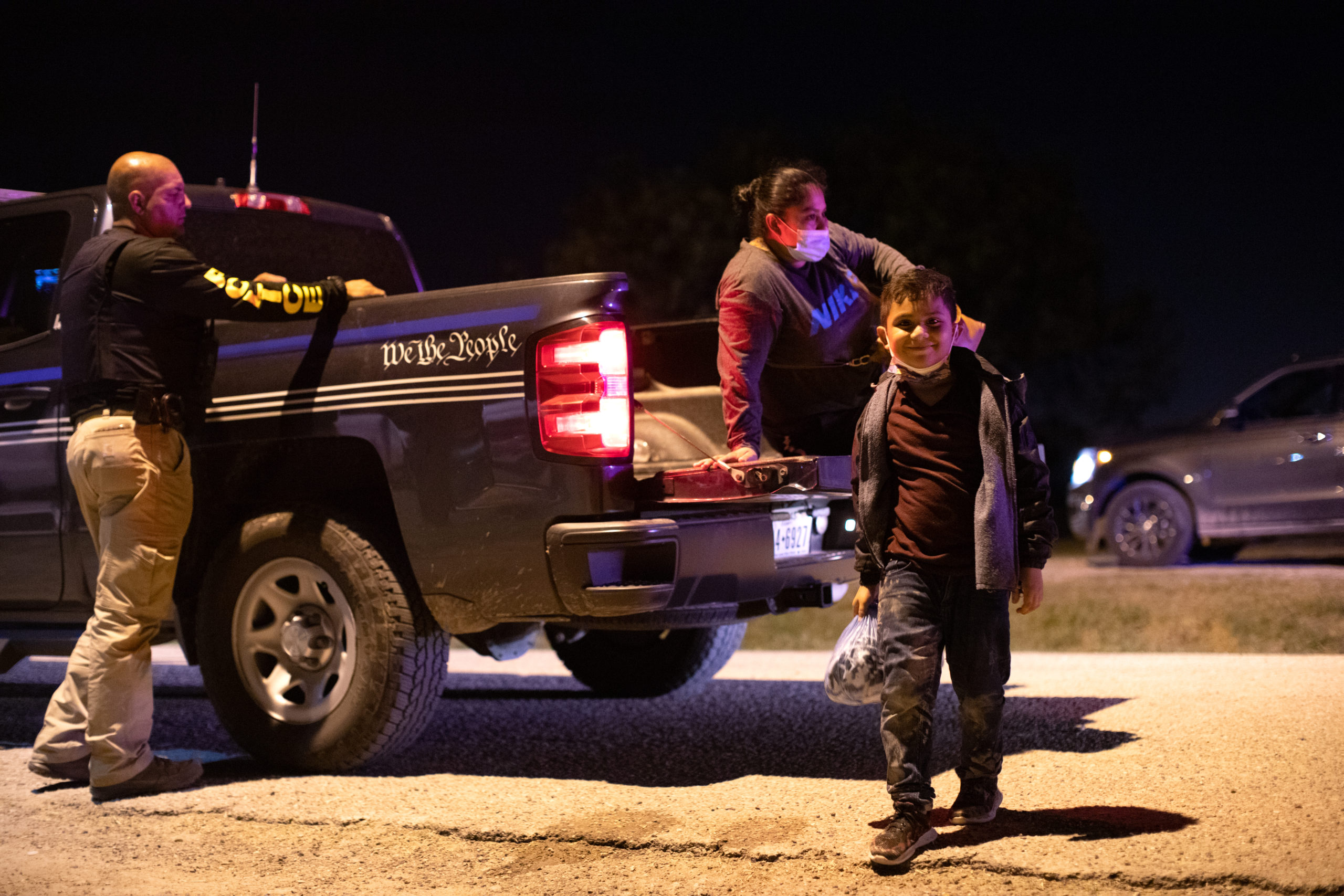 Migrants turned themselves in to Customs and Border Protection officials to be processed in hopes of applying for asylum near La Joya, Texas, on August 7, 2021. (Kaylee Greenlee – Daily Caller News Foundation)

More than four million people were hit by two hurricanes in Honduras in the fall of 2020, and thousands of people were unable to return home as of June, The New York Times reported. The hurricanes resulted in at least $1.9 billion in damages, according to NBC News.

“I lost my house due to the hurricane in Honduras, and well, I’m a single mother. I can’t give my son what he needs in my country,” a Honduran woman told the DCNF on Saturday after illegally entering the U.S. near La Joya, Texas, she declined to give her name for fear of retribution from gangs. “I worked in politics, and well, my party lost and I had problems, lots of problems.”

“Then, in the community where I live there was Mara 18,” she said.

Mara 18 is another name for the 18th Street Gang or MS-18, the violent criminal organization formed in California in the 1980s after young men fleeing the El Salvadoran Civil War were targeted by other gangs, according to the Terrorism Research & Analysis Consortium.

“I wanted to start a business, and unfortunately, there were extortions and they came to my house, so I decided to come to the United States to give a better life to my son and my dad,” the woman said.

“The crime is horrible, you can’t even go out to work. All the places are marked,” a woman from El Salvador told the DCNF shortly after illegally entering the U.S. near La Joya, Texas, on Friday night. “You go into one place and you can’t go into another because you don’t come out alive.”

A male traveling with the group said it took them around 15 days to reach the U.S. (RELATED: Crossing The Border Legally Is Only For ‘Privileged People,’ Some Migrants Say) 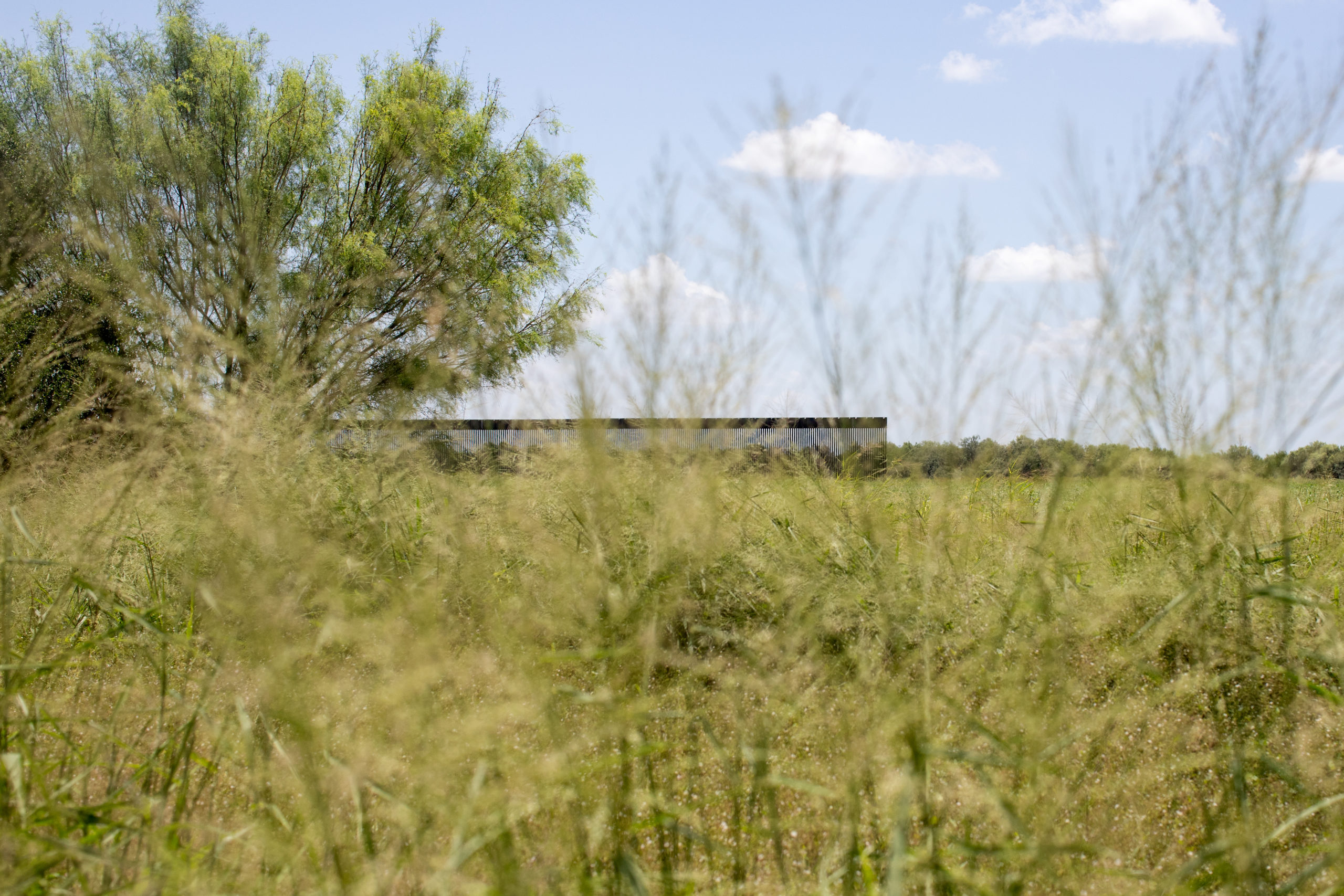 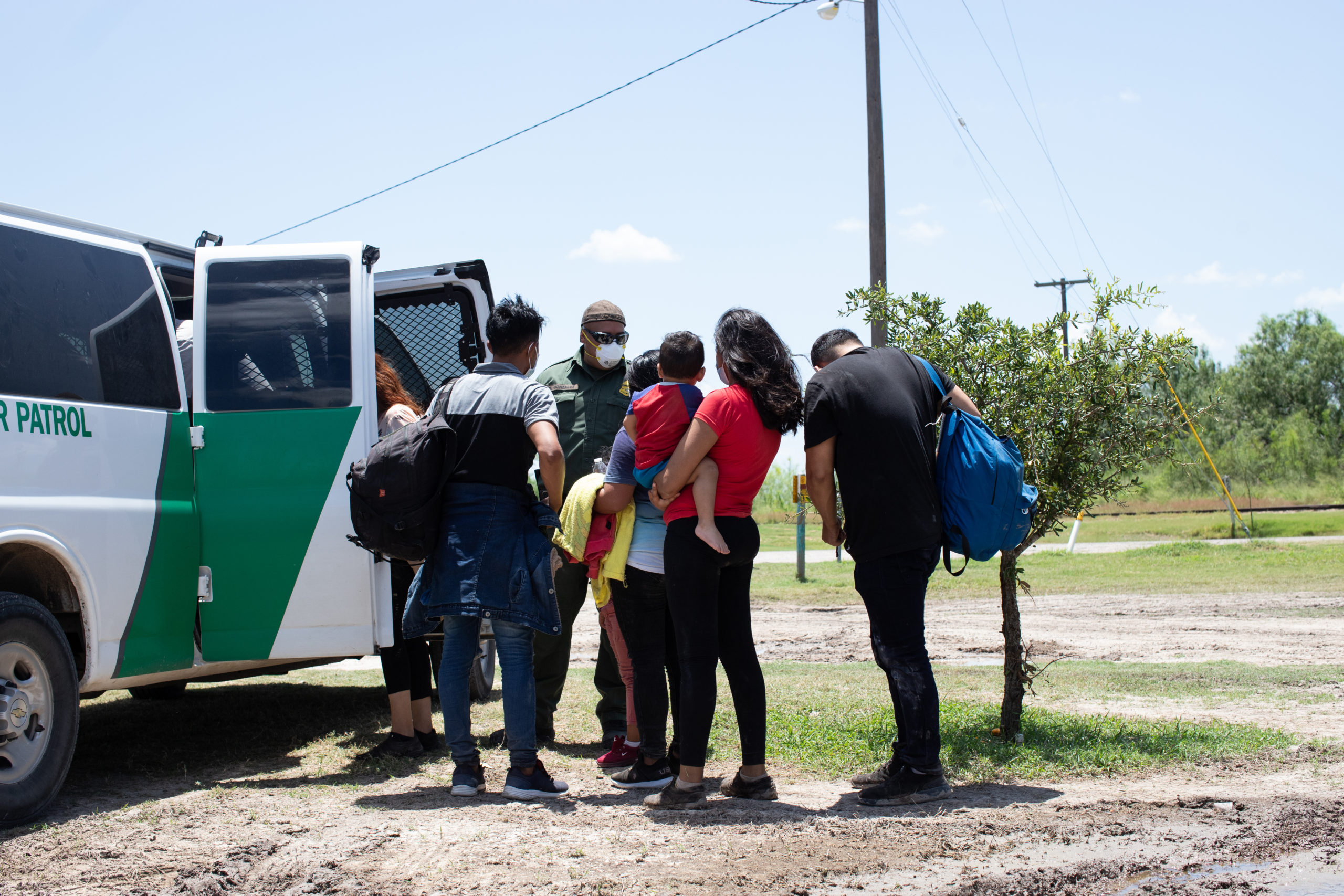 A group of migrants turned themselves in to Customs and Border Protection officials to be processed in hopes of applying for asylum near La Joya, Texas, on August 7, 2021. (Kaylee Greenlee – Daily Caller News Foundation)

Some migrants who spoke to the DCNF shortly after illegally entering the U.S. near La Joya, Texas, on Saturday night said they have a “very good” impression of American politics and that the Biden administration “helps the migrants.” One person described Biden as the “best [president] there’s ever been.”

One man from Honduras said they decided to come now “because last year there was a president that was, like, racist and didn’t like the Latinos and this president is neutral and wants everyone.”

The group, all traveling from Honduras, told the DCNF they plan on voting in U.S. elections if they get the chance. Another man from Honduras said he didn’t think the Biden administration invited migrants to come now but sent a message that “that they would have the opportunity to work and study.”

An Ecuadorian man said he was mainly motivated by death threats from narcos, who he said “will find you in the nursery” or daycare where you leave your children. He was partly motivated by the change in administration, though he didn’t give a specific reason why. 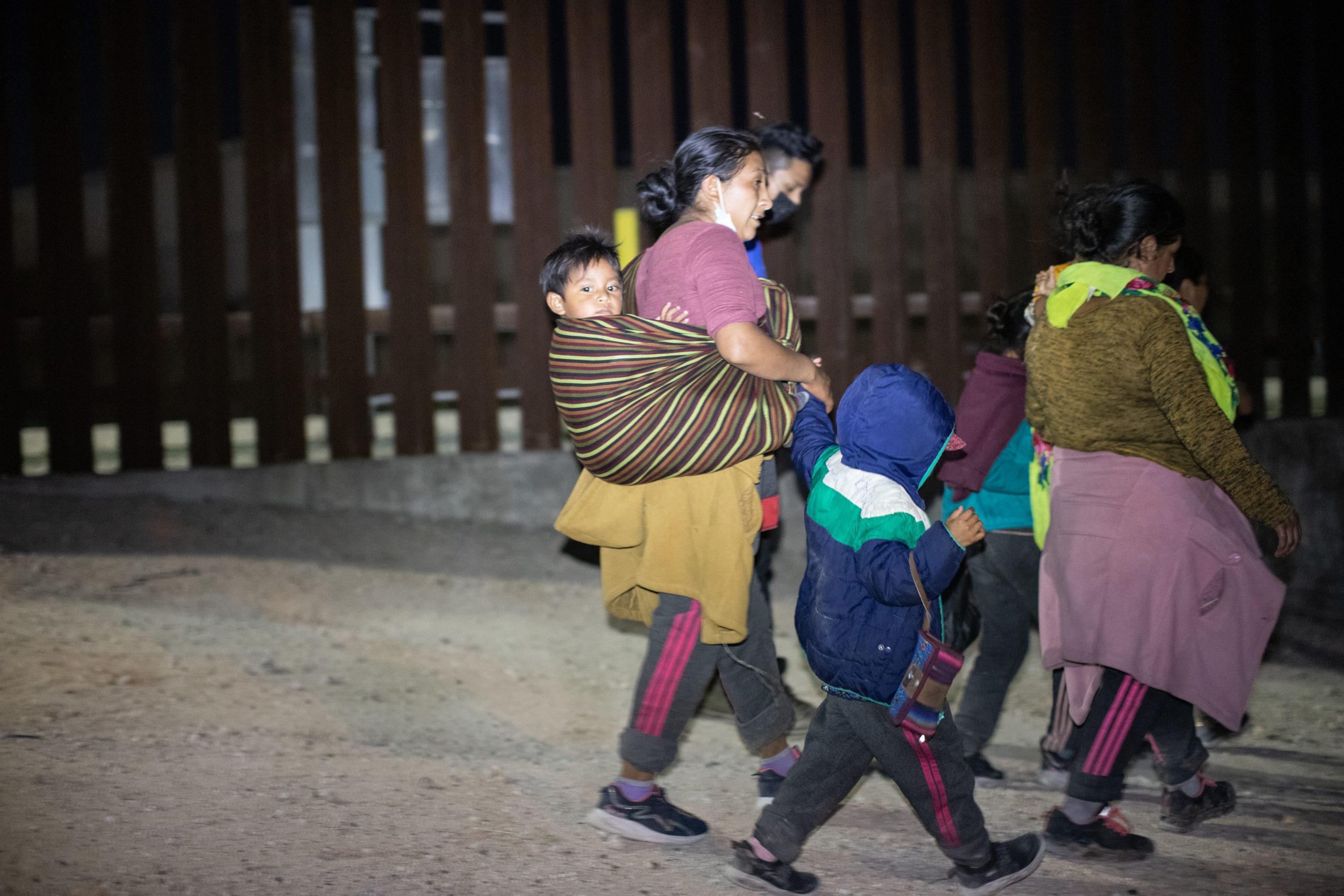 A group of migrants sought out law enforcement officials so they could turn themselves in and try to apply for asylum near the Hidalgo Point of Entry on August 9, 2021. (Kaylee Greenlee – Daily Caller News Foundation) 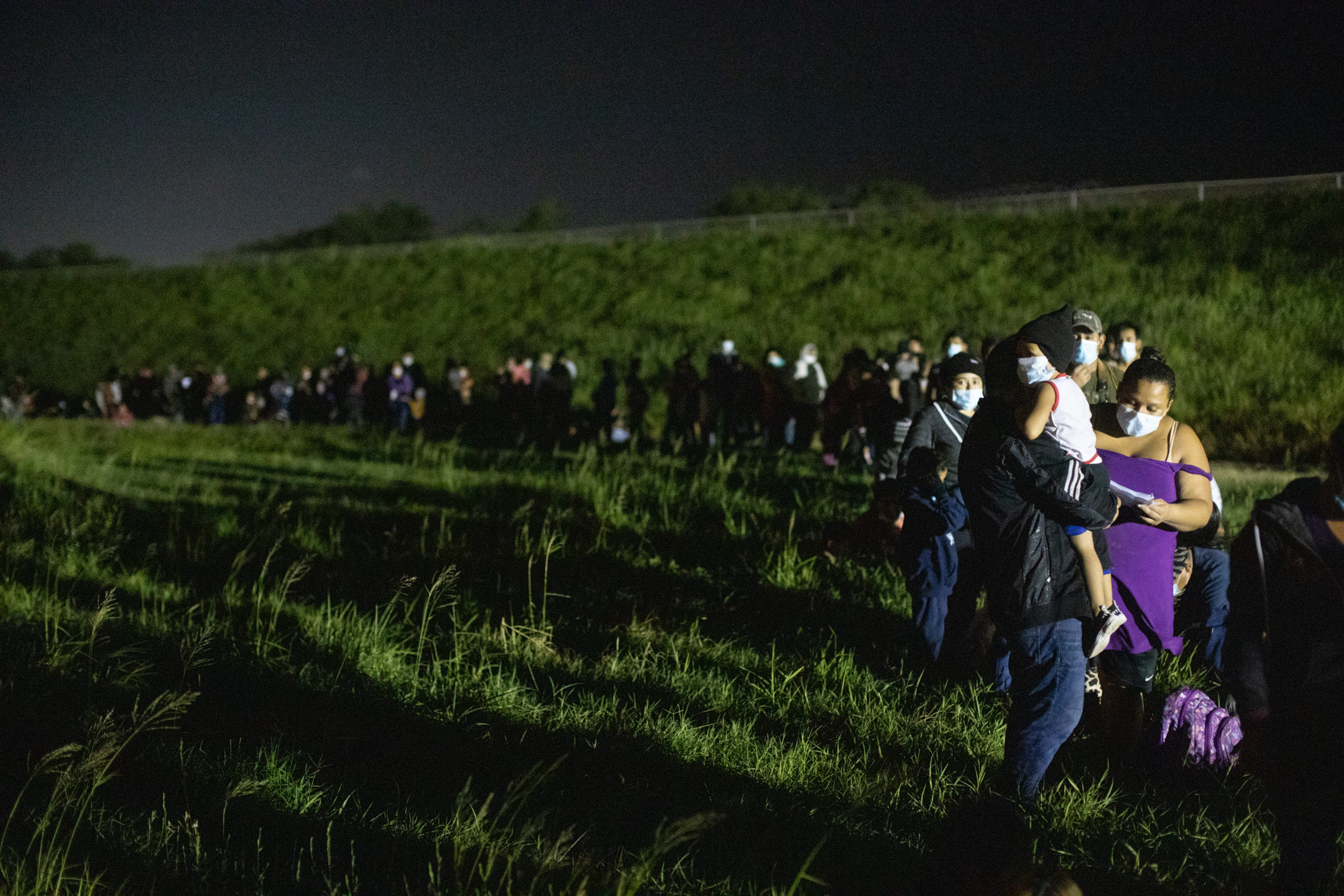 Hundreds of migrants waited in a line to be processed by four Customs and Border Protection agents near the Hidalgo Point of Entry on August 9, 2021. (Kaylee Greenlee – Daily Caller News Foundation)

Customs and Border Protection (CBP) officials rerecorded a record high of 213,000 encounters with migrants at the southern border in July, according to the agency. The month of July saw record numbers of unaccompanied children totaling more than 18,900 and just under 83,000 family units.

“Many people are coming due to necessity, but not all of them. Lots of people are seeing that it’s easier to cross,” Luis Montesino, 60, of McAllen, Texas, told the DCNF Saturday morning while waiting to pick up a friend from the temporary shelter holding COVID-19 positive migrants in Mission, Texas. “Many people are hearing that the border is open so they’re taking advantage to come here. And they’re doing it. It’s happening due to the number of people per day.”

In terms of politics in this situation, I think Trump was very strict, very hard. He was completely different,” Montesino added. “President Biden is more flexible, he’s giving more opportunities.”