The National Institutes of Health’s refusal to cooperate with congressional oversight on risky gain of function virus research in China is unacceptable, a group of seven Republican lawmakers wrote in a letter Thursday obtained by the Daily Caller News Foundation.

The lawmakers, led by Sen. Ron Johnson of Wisconsin, railed against the agency’s director, Francis Collins, for blowing off their previous May 20 letter demanding answers to 17 questions related to gain of function research, noting that the NIH’s response to that request was nearly identical to the response provided to Sen. Chuck Grassley of Iowa, who had asked a completely different set of questions about its funding of the Wuhan Institute of Virology (WIV) prior to the COVID-19 pandemic.

“Your refusal to provide detailed responses that fully address each oversight request is unacceptable,” the GOP lawmakers wrote to Collins on Thursday. “NIH’s lack of response to the May 20 letter shows a complete disregard for congressional oversight and transparency.”

“Congress and the American people have a right to know the complete truth about NIH’s role in funding potentially risky gain of function research,” the letter added.

The National Institutes of Allergies and Infectious Diseases (NIAID), the NIH subagency led by Dr. Anthony Fauci, provided $600,000 to the WIV prior to the pandemic to study bat-based coronaviruses in China. The taxpayer funds were funneled to the WIV in the form of pass-through subgrants provided by NIAID awardee EcoHealth Alliance, a U.S.-based nonprofit group.

Experts previously told the DCNF that the grant described gain-of-function research experiments and as such “unequivocally” required review under the Potential Pandemic Pathogens Control and Oversight (P3CO) Framework, which was created in late 2017 following a three-year funding pause on such experiments due to fears that it risked leaking supercharged viruses into the human population. (RELATED: US Grant To Wuhan Lab To Enhance Bat-Based Coronaviruses Was Never Scrutinized By HHS Review Board, NIH Says)

Collins informed Grassley in a July 28 letter that the EcoHealth grant was not flagged for review by the P3CO Framework because the coronavirus experiments “were not reasonably expected to increase transmissibility or virulence of these viruses in humans.”

Collins added that the NIAID revised the terms of the EcoHealth grant so that if their experiments in China ended up creating a virus with “enhanced growth by more than ten times compared to strains found in nature,” the group must notify the agency immediately so that further research would be subjected to P3CO review.

Johnson’s letter Thursday demanded Collins to disclose whether the NIH ever independently evaluated EcoHealth’s research in China to see if it ever yielded a virus with a gain of function. 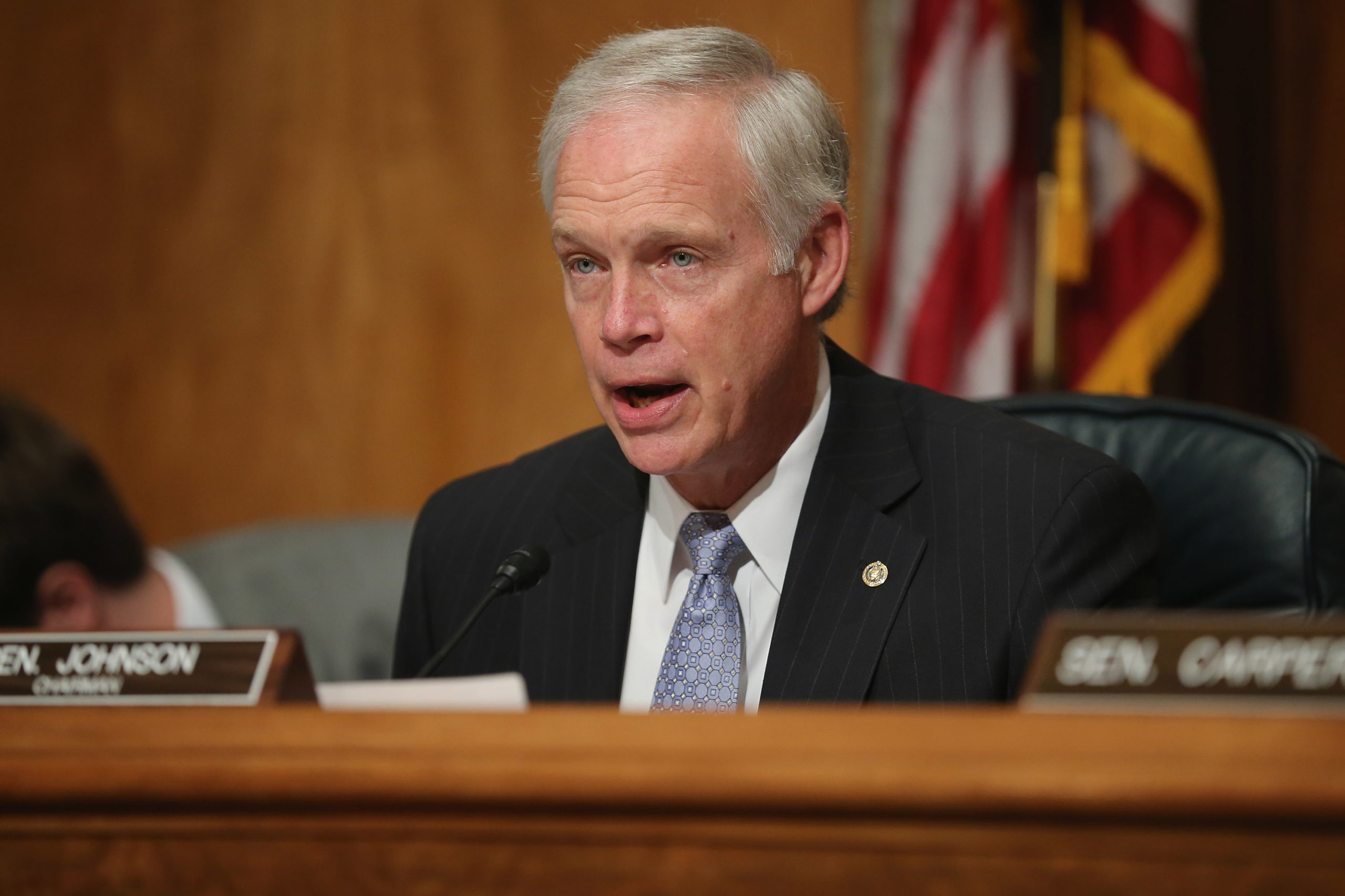 Republican lawmakers, now in the minority in both the House of Representatives and the Senate, have struggled to receive straight answers from the NIH about its funding of research in China prior to the pandemic, even though federal law compels executive branch agencies to comply with information requests submitted by any seven Representatives or five Senators that serve on congressional committees that oversee the agency.

Johnson informed the Senate Homeland Security Committee’s Democratic chairman, Sen. Gary Peters of Michigan, in a July 29 letter and during an Aug. 4 committee business meeting that the NIH, Centers for Disease Control and Prevention and the Department of Health and Human Services have refused to comply with multiple requests that invoked the federal law.

“The administration just feels like they’re completely immune from complying. Even though all the nominees all come in here and say, ‘Yes we’ll all comply with oversight and give you anything you need,’ and then they never do,” Johnson told Peters during the Aug. 4 business meeting.

“So this is a moment to take a stand and I think we need on a bipartisan basis to make that stand, or else, again, congressional oversight will continue to be a joke,” Johnson added. “You simply can’t do anything, and that’s not fair to the American public.”

Peters said in response that the law is distinct from the committee’s authority to issue subpoenas, but he added that he was willing to work with Johnson to compel federal agencies to respond to oversight requests.

The NIH did not immediately return a request for comment.