Vice President Kamala Harris said she played a major role in crafting the Biden administration’s plan in April to quickly withdraw all American troops from Afghanistan.

Harris confirmed that she was the last person in the room shortly after President Joe Biden announced that he had ordered all U.S. military personnel to withdraw from the Middle Eastern nation by Sept. 11, 2021 in an April interview with CNN. The vice president also commended Biden for the decision to pull troops out of Afghanistan.

“This is a president who has an extraordinary amount of courage,” Harris told CNN anchor Dana Bash. “He is someone who I have seen – over and over again – make decisions based on what he truly believes, based on his years of doing this work and studying these issues, what he believes is the right thing to do.”

“It’s really something to see,” she continued. (RELATED: FLASHBACK: Biden Admin Speeds Up Afghanistan Withdrawal Ahead Of Schedule)

Biden announced the massive American withdrawal during remarks at Arlington National Cemetery, explaining that the U.S. objective in Afghanistan had been “accomplished.” He said there was no reason to continue to put American soldiers at risk by keeping them stationed in the country more than 20 years after the U.S.’ mission began.

The president affirmed that the withdrawal wouldn’t be hastily done and would be “deliberate.” He also ensured that the Taliban, which had governed Afghanistan before 2001, wouldn’t be able to take down the nation’s U.S.-trained government.

“We have trained and equipped a standing force of over 300,000 Afghan personnel today and hundreds of thousands over the past two decades,” Biden remarked in April. “And they’ll continue to fight valiantly, on behalf of the Afghans.” 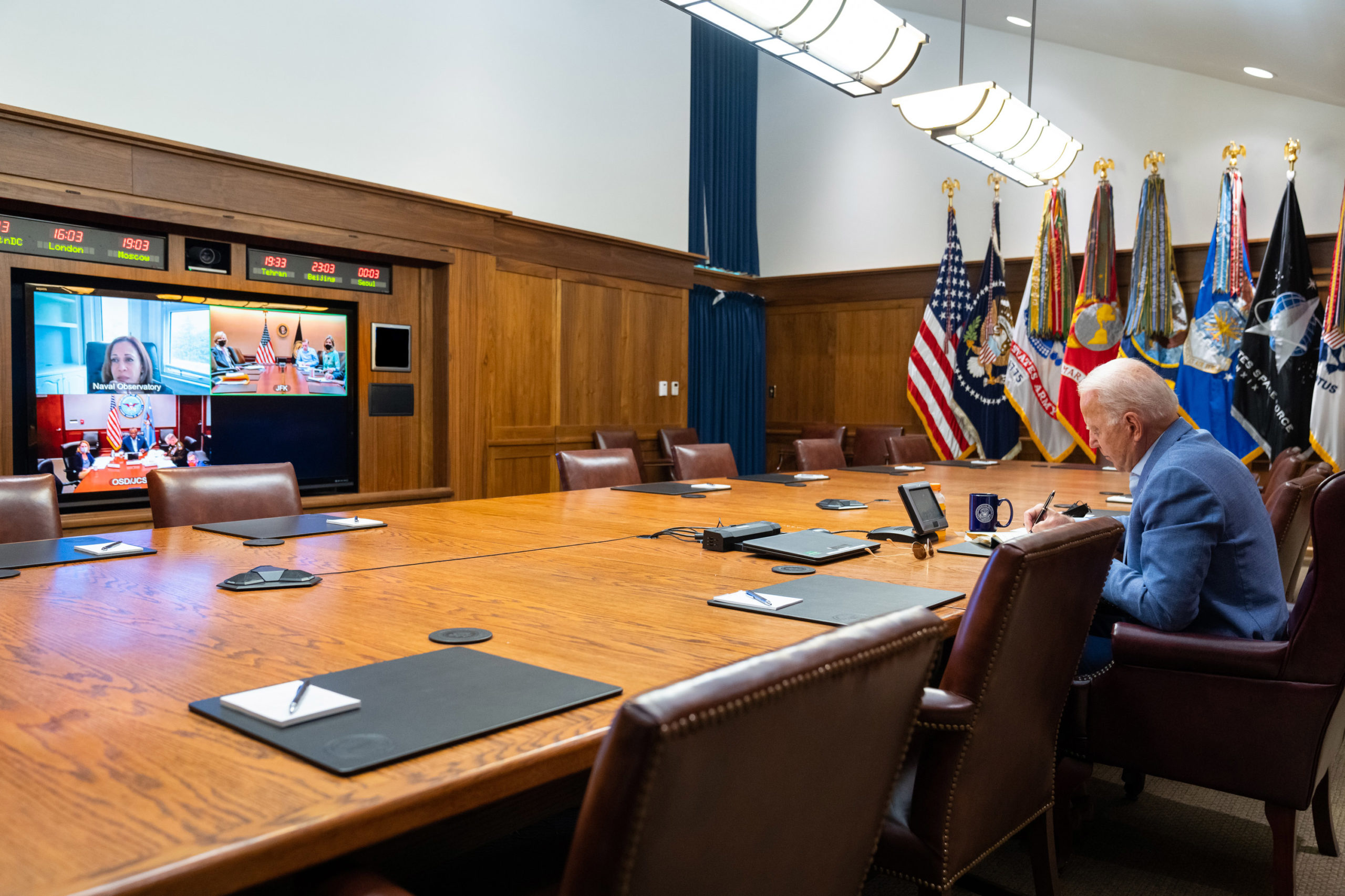 In the months since Biden’s announcement, though, Taliban insurgents have swept across Afghanistan, taking control of the vast majority of the country including the capital city of Kabul with little to no resistance. The president and several top administration officials have openly blamed the Trump administration for the crisis after the U.S.-backed Afghanistan government officially fell to the Taliban on Sunday.

“When I came to office, I inherited a deal cut by my predecessor,” Biden said in a statement on Saturday.

In February 2020, former President Donald Trump reached a deal with the Taliban, agreeing to remove troops by May 1, 2021. Former Secretary of State Mike Pompeo tweeted on Sunday that the Biden administration was responsible for the swift collapse of Afghanistan and noted Trump’s agreement with the Taliban was conditions-based.

“We demanded a set of conditions and made clear the costs we would impose if they failed to deliver. They haven’t,” Pompeo said. “The deterrence we achieved held during our time. This administration has failed.”

Harris hasn’t made a public statement on Afghanistan since Kabul fell.