Protect Our Parks and others asked the Supreme Court to halt construction in the city’s Jackson Park, arguing that the library was unlawfully segmented into multiple projects to order to avoid a full assessment of the project’s environmental impacts.

If construction proceeds, plaintiffs argue, it will “demolish significant parts of Jackson Park, its historical resources, parkland, and trees, which will, in turn, adversely affect the human environment, the historic landscape, wildlife, and migratory birds.”

“The federal reviews were fundamentally flawed; specifically, the reviews artificially segmented the OPC project into two pieces,” Protect Our Parks said in a statement to the Daily Caller News Foundation. “The plaintiffs will argue that this artificial segmentation is integral to what violates the federal statute.” 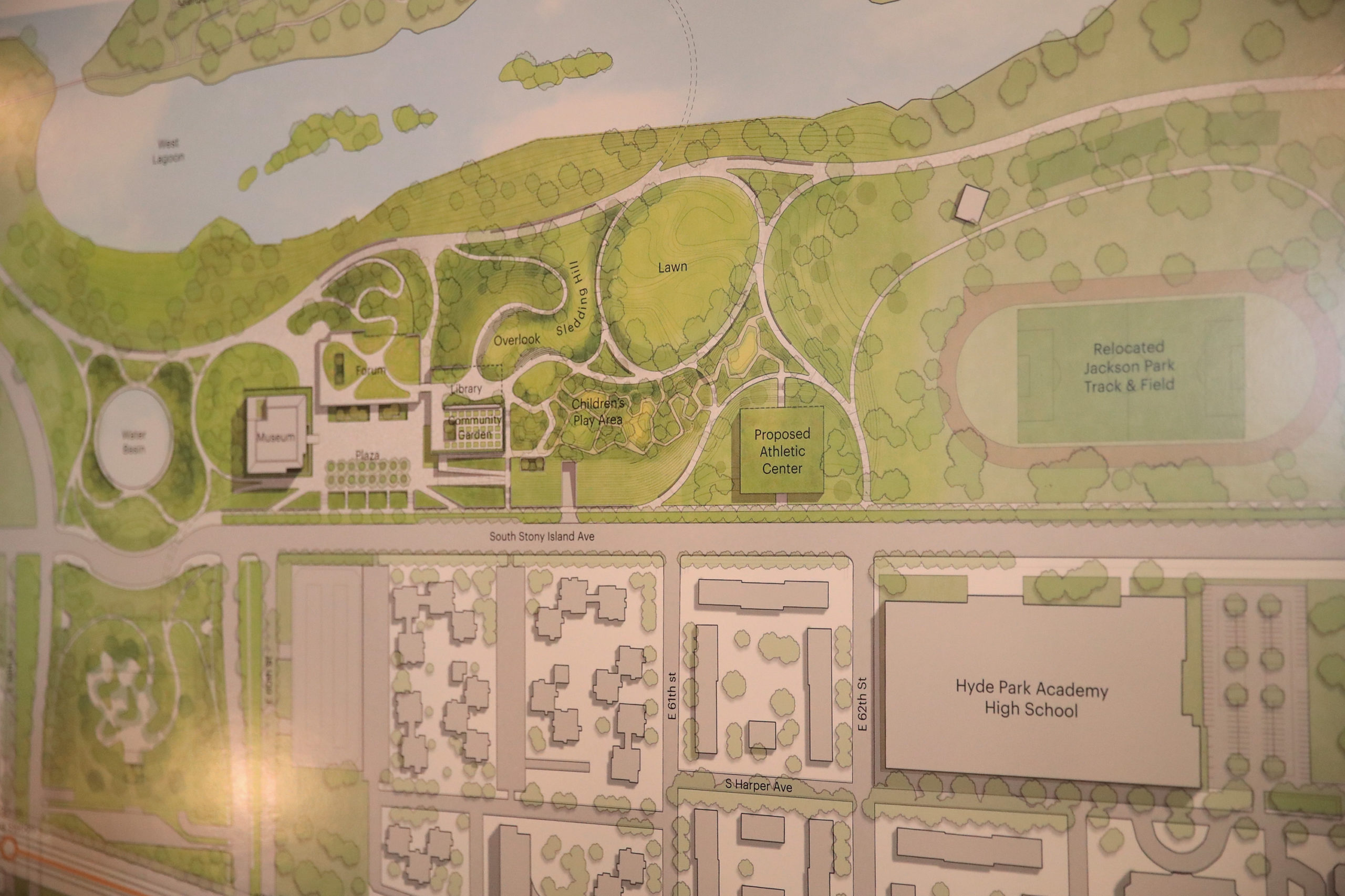 A rendering of the proposed Obama Presidential Center, which is scheduled to be built in nearby Jackson Park, is displayed at the South Shore Cultural Center during a roundtable discussion moderated by former President Barack Obama on May 3, 2017 in Chicago, Illinois. (Photo by Scott Olson/Getty Images)

Failed attempts in the lower courts led to this appeal to the Supreme Court. Protect Our Parks previously sued the city of Chicago in 2018 on the grounds that the Obama Presidential Center would benefit private, rather than public, interest, as required by law, The Hill reported.

A district court judge dismissed the group’s 2018 effort, and the group’s appeal before a court of appeals on which then-Judge Amy Coney Barrett served also failed, The Hill reported. The Supreme Court declined to review this earlier case in April, with Barrett recusing herself.

The Monday request was written directly to Justice Barrett, who handles emergency matters for the state. Barrett may now either take the petition up herself or refer it to another justice.

“We await word from the Court as to next steps,” an Obama Foundation spokesperson told the DCNF. The spokesperson also noted that construction on the presidential library began on Monday and said they “are excited to bring this historic project to the city of Chicago.”