The Taliban seized U.S. military biometric devices with data that could help the Islamist militant group track down Afghans who assisted U.S. and coalition forces, according to a Tuesday report from The Intercept.

The devices, known as Handheld Interagency Identity Detection Equipment (HIIDE), were taken from the U.S. military last week during the Taliban’s advance into Kabul and across much of Afghanistan, a Joint Special Operations Command official and three former U.S. military personnel told The Intercept.

HIIDE devices contain biometric data such as iris scans and fingerprints, along with biographical information, and are stored in large databases. The U.S. military has used biometric tools to track down Afghan militants, but sources said HIIDE devices also collected data on Afghans who assisted U.S. forces and were often used in identification cards, The Intercept reported.

“We processed thousands of locals a day, had to ID, sweep for suicide vests, weapons, intel gathering, etc.,” a U.S. military contractor told The Intercept. “[HIIDE] was used as a biometric ID tool to help ID locals working for the coalition.” 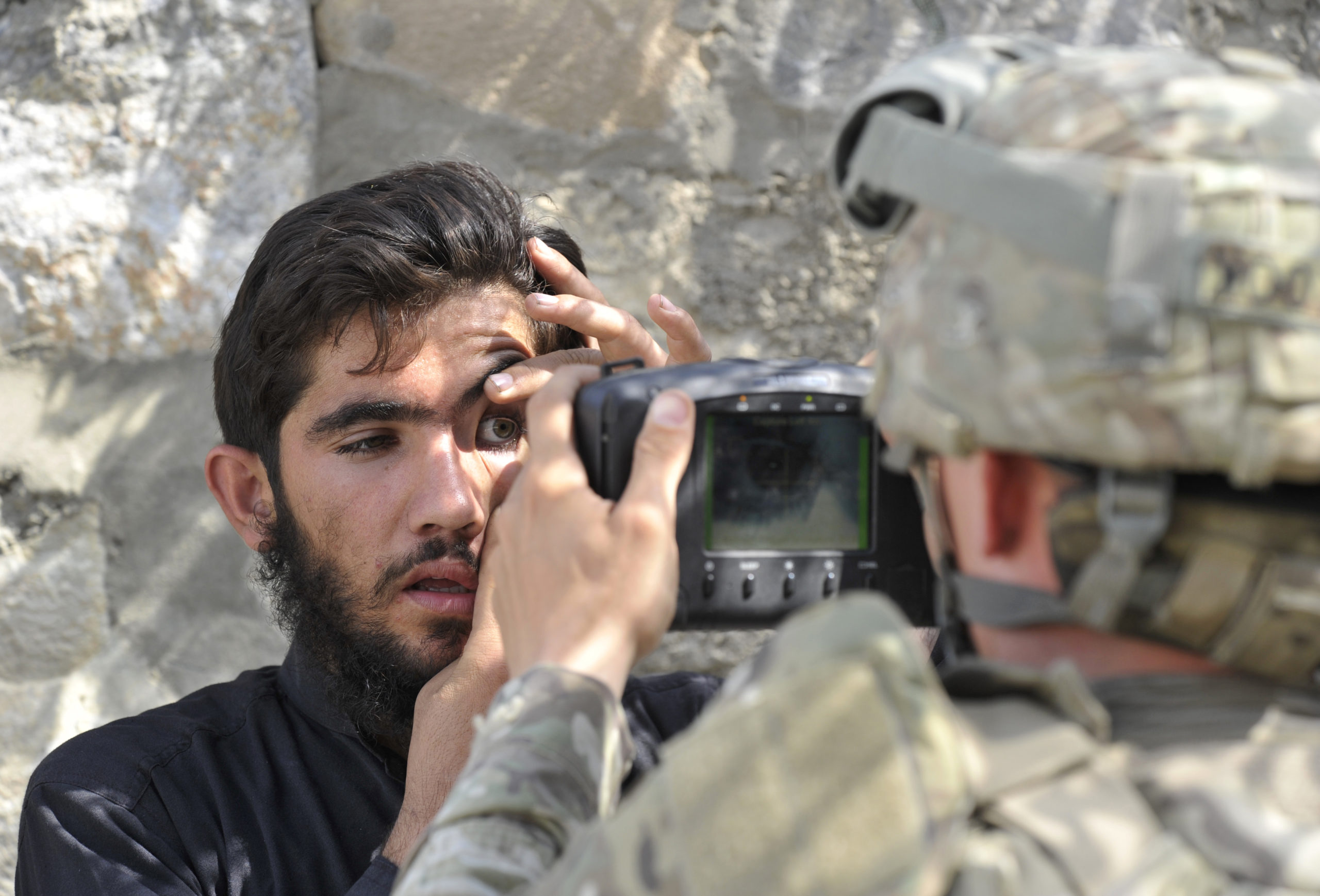 A US army soldier from the HHB 3-7 Field Artillery Regiment 3rd Bct 25th ID scans the eyes of an Afghan resident with an Automated Biometric Identification System (ABIS) during a mission at Turkham on October 6, 2011 (Tauseef Mustafa/AFP via Getty Images)

It’s unclear how much of the U.S. military’s biometric database on the Afghan population was taken by the Taliban or whether the militant group has the technology needed to process the data.

A former Army Special Operations official warned that Pakistan’s spy agency, Inter-Services Intelligence (ISI), could assist the Taliban in deciphering the data, The Intercept reported. The former official noted the ISI has “the gear to use the data” and “has been known to work closely with the Taliban.” (RELATED: Sullivan Says ‘Fair Amount’ Of US Weapons Have Fallen Into Taliban Hands)

The U.S. military has relied on HIIDE devices during the global war on terror in order to track down terrorists and insurgents. Biometric data even helped the U.S. military locate Osama bin Laden prior to the 2011 raid on his compound in Pakistan, according to the Scientific American.

The Department of Defense (DoD) had initially planned to gather biometric data on 80% of the Afghan population in order to locate terrorists and criminals, investigative reporter Annie Jacobsen told NPR in a January interview.

But the federal government’s biometric data collection efforts have faced criticism in the past due to the security risks entailed by maintaining large databases of personal information. The Army noted in a Feb. 2020 article that the U.S. military would be modernizing its nearly two-decade-old processing technology.

“I don’t think anyone ever thought about data privacy or what to do in the event the [HIIDE] system fell into the wrong hands,” former Army intelligence officer Welton Chang told The Intercept. “Moving forward, the U.S. military and diplomatic apparatus should think carefully about whether to deploy these systems again in situations as tenuous as Afghanistan.”

The DoD didn’t immediately respond to a request for comment.