The number of Americans filing new unemployment claims fell to 348,000 last week as the economy continues its recovery from the coronavirus pandemic.

Economists predicted the figure to come in at 365,000 on Thursday, the Wall Street Journal reported. 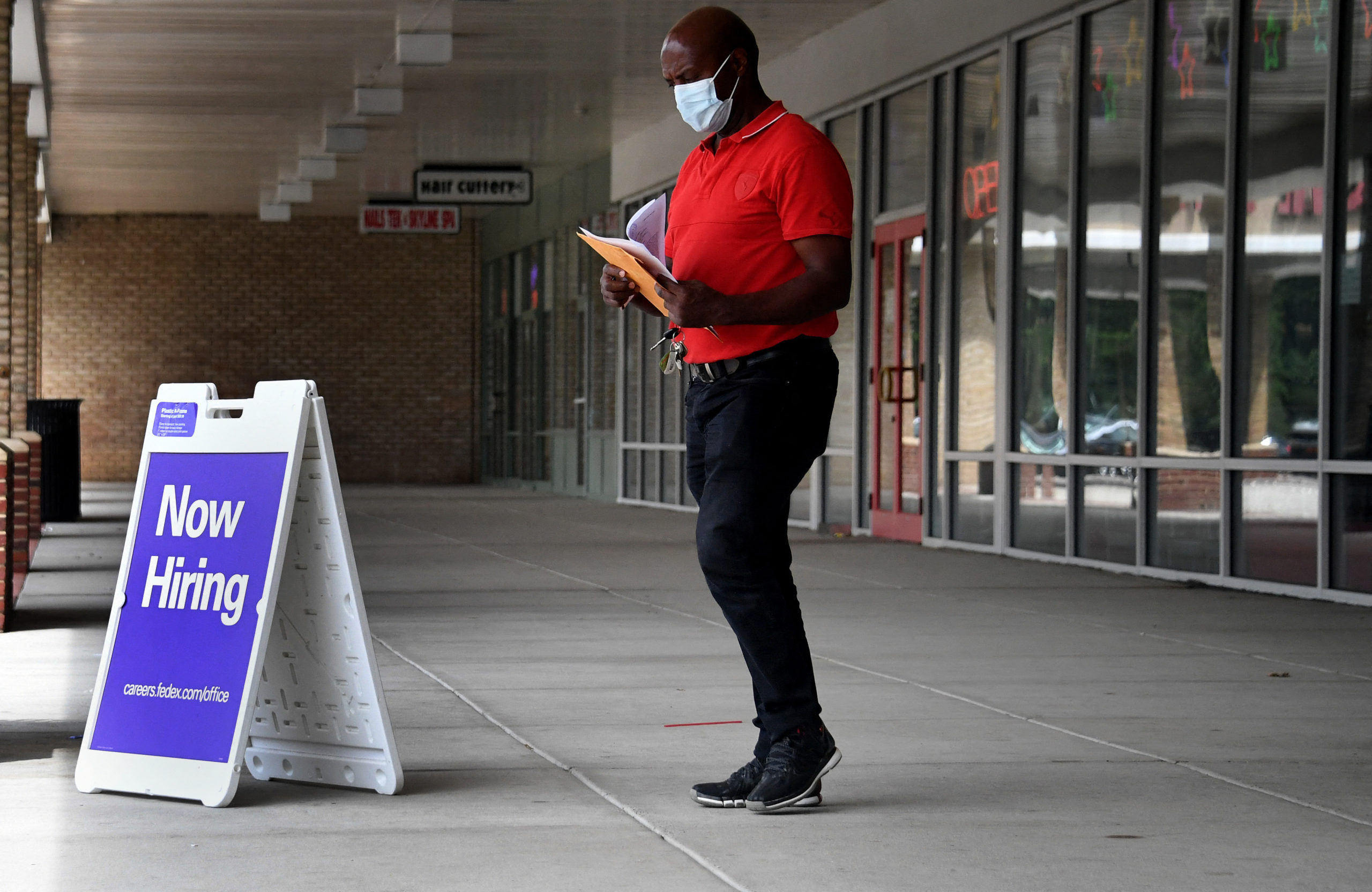 Pedestrians walk by a “Now Hiring” sign outside a store on Aug. 16 in Arlington, Virginia. (Olivier Douliery/AFP via Getty Images)

Since mid-April, initial claims have steadily dropped and have hit multiple pandemic lows, according to government data. Between the week ending May 1 and the week ending June 5, jobless claims declined from 507,000 to 374,000.

The economy added nearly one million jobs in July, marking the second consecutive month with more than 900,000 jobs added, Department of Labor data showed. The number of employed Americans remains roughly 5.7 million short of the pre-pandemic level recorded in February 2020.

The labor shortage has worsened since Biden took office, surging to a record 10.1 million job openings in June, the Labor Department said this week.

“We’ve brought this economy back from a cold start. And there are going to be some ups and downs,” President Joe Biden said at the White House last week. “But I am committed to making sure that our historic economic recovery reaches everyone.”

Biden applauded the Senate’s passage of a $1 trillion infrastructure bill and a $3.5 trillion budget reconciliation package.