Protesters rallied against Taliban rule across Afghanistan for the second day Thursday after a protest the day before was violently dispersed by the Islamist militant group and led to at least three deaths.

Images and videos shared on social media showed a crowd of protesters in Kabul near the presidential palace waving the black, red and green national flag of the toppled Afghan government and tearing down the white flag of the Taliban, Reuters reported. The protests formed during a celebration of Afghanistan’s independence from British rule in 1919.

Several people were also killed during a protest in Asadabad after the Taliban fired on the crowd, a witness told Reuters. The violence was reportedly a response to a group of protestors attempting to raise the tricolor Afghan national flag in a town square. 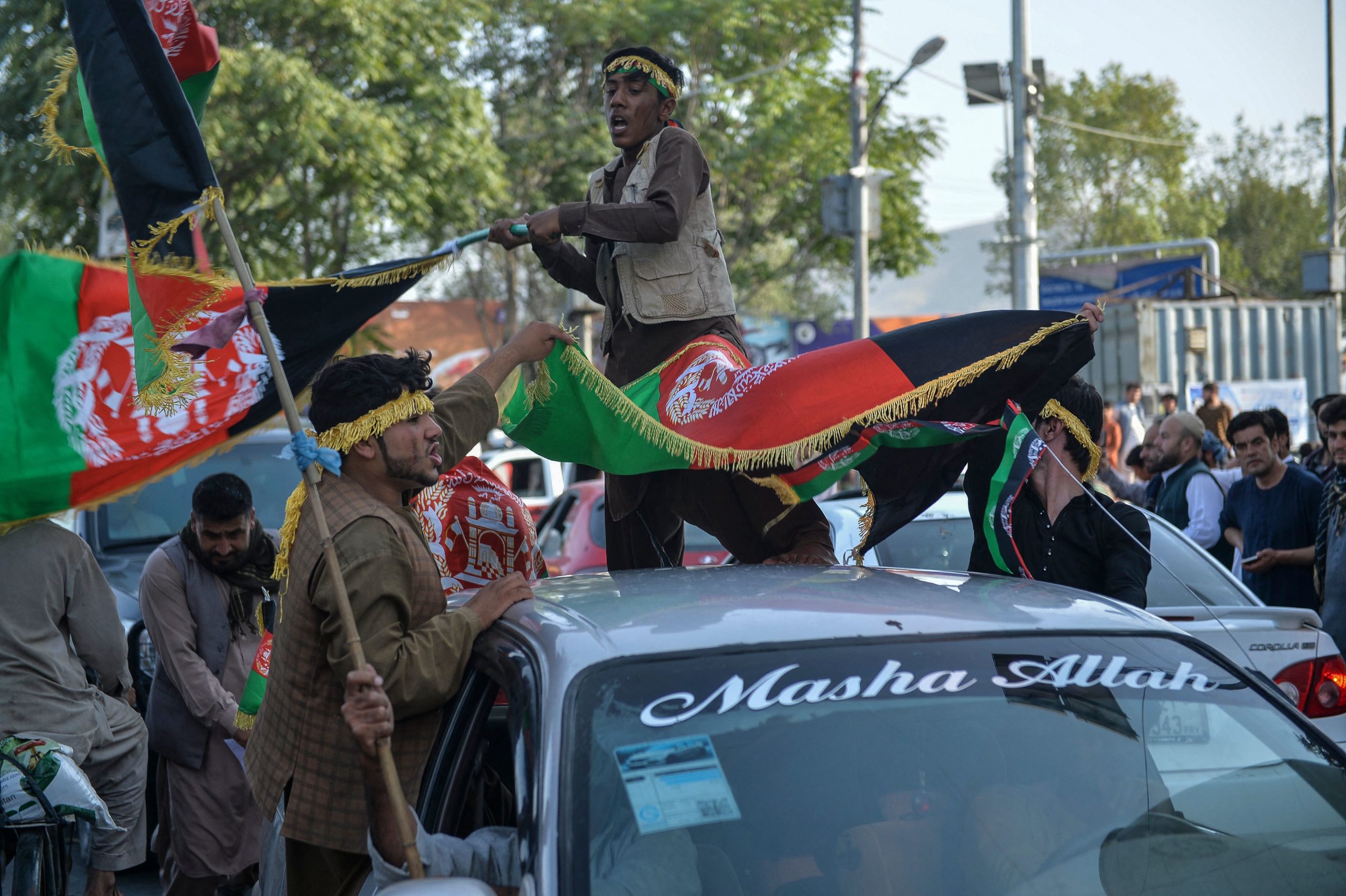 People carry the Afghanistan’s national flag on the occasion of 102th Independence Day of the country in the Wazi Akbar Khan area of Kabul on August 19, 2021 amid the Taliban’s military takeover of Afghanistan (Hoshang Hashimi/AFP via Getty Images)

Taliban militants had previously opened fire on protesters during a Wednesday demonstration in Jalalabad, killing at least three people and injuring more than a dozen. A militant present in the city during the incident called some of the protestors “troublemakers who wanted to create issues for us.”

The growing number of protests across Afghanistan are a major indication of public defiance against the Taliban, even as the militant group shot into crowds and beat demonstrators, according to The New York Times (NYT). It also suggests that as tens of thousands of Afghans attempt to escape the country, there are many more who will continue to resist the Taliban.

The Taliban in recent weeks advanced quickly against the U.S.-backed Afghan government, capturing the capital city of Kabul in a matter of days. The militant group also declared a new government after former Afghan President Ashraf Ghani fled the country.

But governing the country has proven to be difficult for the Taliban after coming into power so quickly, according to The NYT. A Taliban commander said earlier Thursday that the group plans to model its new government after the last time it was in charge of Afghanistan between 1996 and 2001. (RELATED: Here’s How Much Weaponry The Taliban Are Believed To Have Seized From US)

So far, basic infrastructure and essential services are essentially nonexistent. Many critical workers are hiding in their homes and aid agencies say services like electricity, sanitation and clean water could soon be affected, according to The NYT.

There is also no functioning military or law enforcement presence other than the Taliban. Important areas such as Kabul’s international airport are being patrolled by Taliban militants and the group has said it will impose laws in accordance with Sharia, or Islamic religious law.