The Taliban’s swift takeover of Afghanistan is exactly what happens virtually any time a major power pulls out of a country in the Middle East and leaves a vacuum.

President Joe Biden stated with confidence just weeks ago that a Taliban takeover of the country was not “inevitable.” Even a cursory glance at history, from Iraq to Lebanon to Libya, reveals that more often than not, doing what the U.S. did in Afghanistan results in extremists coming to power.

Vacuums of power are inevitably filled by the biggest power available. The U.S. has been the greatest power in Afghanistan since 2001. The American people were led to believe that the main purpose of the mission in Afghanistan, at least in later years, was to train the Afghan National Army and equip it to a point where it could defend itself against the Taliban. This would effectively take the burden off of Washington for serving as the primary security force in the country.

Instead, the Taliban went from controlling just 19% of Afghanistan’s districts in April to over 80% as of Monday. America’s departure created a vacuum, and the Islamic insurgents were the greatest power available to fill it. (RELATED: CNN Reporter Clarissa Ward Describes Moment Taliban Charged At Her In Kabul)

The same course of events played out in Iraq, albeit in a slower fashion, after the U.S. withdrew in 2011. By 2014, ISIS garnered enough power to push Iraqi defense forces out of multiple major cities and control roughly one-third of the country, along with about half of Syria. This eventually resulted in the U.S. having to once again intervene with boots on the ground to drive the terrorists out. 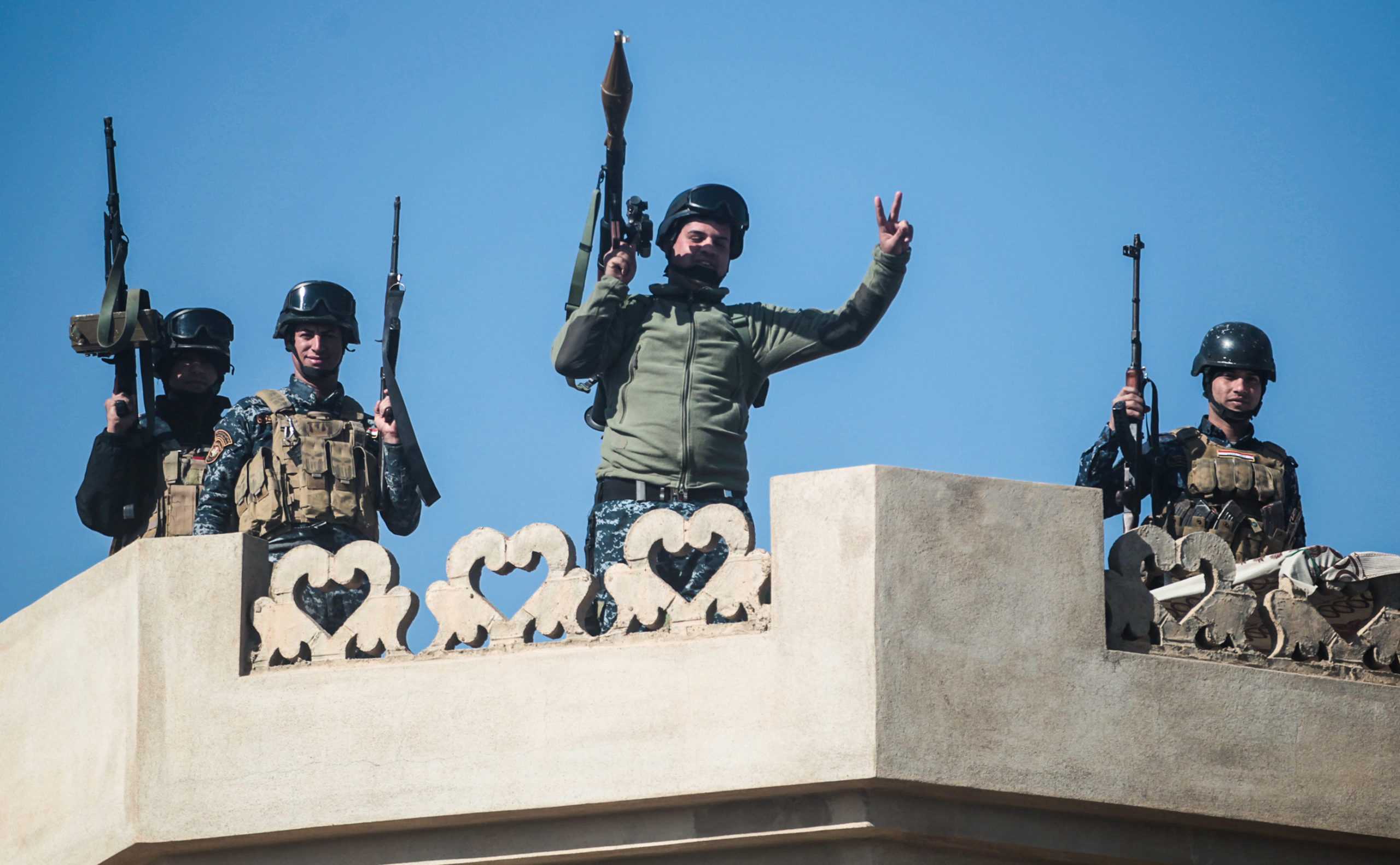 Members of the Iraqi security forces pose from atop a building, raising the victory gesture, in the village of al-Buseif, south of Mosul, during an offensive by Iraqi forces to retake the western side of the city from Islamic State (IS) group fighters on February 22, 2017.
(AHMAD AL-RUBAYE/AFP via Getty Images)

In Libya, a power vacuum was created by the ouster and killing of dictator Muammar Gaddafi, as the democratic government sworn in to replace him never fully secured the country and stamped out militia activity. As a result, violence continued even after the first Libyan civil war ended, including in the attack on the U.S. Consulate in Benghazi, and the ultimately Libya devolved into a second, much longer civil war.

In addition to learning from its own history, the U.S. can look to allies for more evidence of the pattern. Israel withdrew what were left of its forces from Lebanon in 2000, and that power vacuum was largely filled by the terrorist group Hezbollah. Hezbollah now controls one of the strongest militant groups in the world, holds formal power in the Lebanese governing coalition and lends aid to other Islamic militant organizations throughout the region.

In addition, when Israel unilaterally withdrew from the Gaza Strip in 2005, it created a vacuum. Hamas won elections in Gaza in 2005, executed its Fatah rivals and took over the territory by 2007. Hamas remains a thorn in Israel’s side, and frequently sends a barrage of many hundreds of missiles into Israel Proper. Hamas continues to be supported by Iran, and its tactics of rapid-fire missiles most recently pierced the Iron Dome’s shield, causing Israel to go into lockdown.

These vacuums don’t only affect the populations living within them. ISIS used its territorial and financial base to launch attacks abroad, and its influence inspired lone wolf attacks across the West, including within the U.S.

The Taliban did not carry out the 9/11 terrorist attacks, but refused to hand over Osama bin Laden. Furthermore, they allowed terrorists like those in al-Qaida to fester in Afghanistan. (RELATED: Tom Cotton Helps Afghan Americans Get Home After Media Matters President Laughed At Idea Senator Could Possibly Help)

The American people overall supported withdrawing from Afghanistan, and Biden was the first president of the last three who upheld his promise to withdraw. However, it was predicted by many experts that the Afghan National Army would not be able to hold up against a Taliban offensive without significant U.S. support.

To pull out of Afghanistan necessarily meant ceding the country to the Taliban. Biden claimed that was not the case before the withdrawal was complete, but a brief look at history and a comparison of that to the circumstances on the ground in Afghanistan should have made clear that a vacuum was going to be created; and like most Middle Eastern vacuums, what filled in America’s place was not going to be a thriving liberal democracy.