The U.S. combat mission in Afghanistan was meant to remove the Taliban from power and deny terrorist groups a safe base of operations following the Sept. 11 attacks in 2001. Just short of 20 years later, however, the Taliban has once again taken control of the Middle East country amid a chaotic U.S. withdrawal.

It might seem inexplicable as to how the world’s most powerful military and its allies in the region lost ground so quickly to a far smaller and less efficient group of Islamist militants. But in recent months, the U.S. military appears to have taken on priorities like teaching critical race theory, promoting gender ideology and monitoring soldiers for “extremism.”

President Joe Biden is taking fire from all sides amid the fallout, as the Taliban moves to consolidate its power in Afghanistan and thousands of U.S. citizens and Afghan allies remain trapped in the country. Defense Secretary Lloyd Austin and Joint Chiefs Chairman Mark Milley further admitted at a press conference Wednesday that the U.S. lacks the capability to evacuate a large number of people. 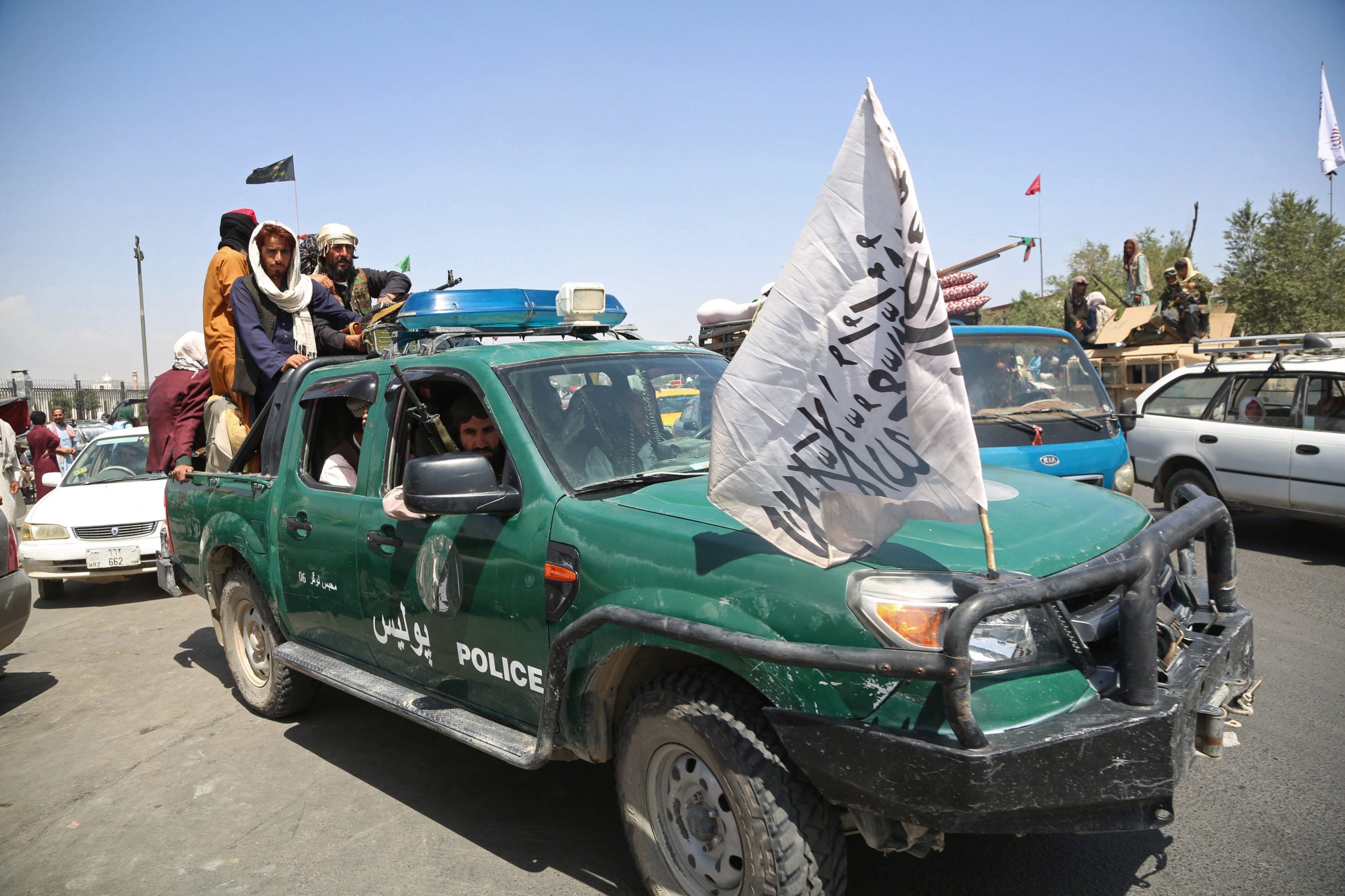 Taliban fighters patrol the streets of Kabul on August 16, 2021 (AFP via Getty Images)

The U.S. presence in Afghanistan has cost around $2 trillion and resulted in the deaths of 2,400 U.S. troops, according to Fortune. The two-decade effort to train the Afghan national army, which cost around $83 billion, also went up in smoke as the Taliban in recent weeks took over much of the country and captured the capital city of Kabul.

With that in mind, here’s a recap of what the military has been focused on instead of winning wars.

The military has become the latest front in a larger culture war over critical race theory (CRT). Austin claimed at a press conference in late July that concerns about CRT in the military were a distraction even as the Defense Department and military leadership continued to promote the concept.

Milley defended the promotion of CRT within the U.S. military during a House Armed Services Committee hearing in late June. He dismissed arguments from Republican lawmakers that promoting CRT in the military undermines its overall mission and instead claimed it would improve “discipline and cohesion” within the ranks. (RELATED: Inside The High-Profile Battle Over Critical Race Theory In The US Military) 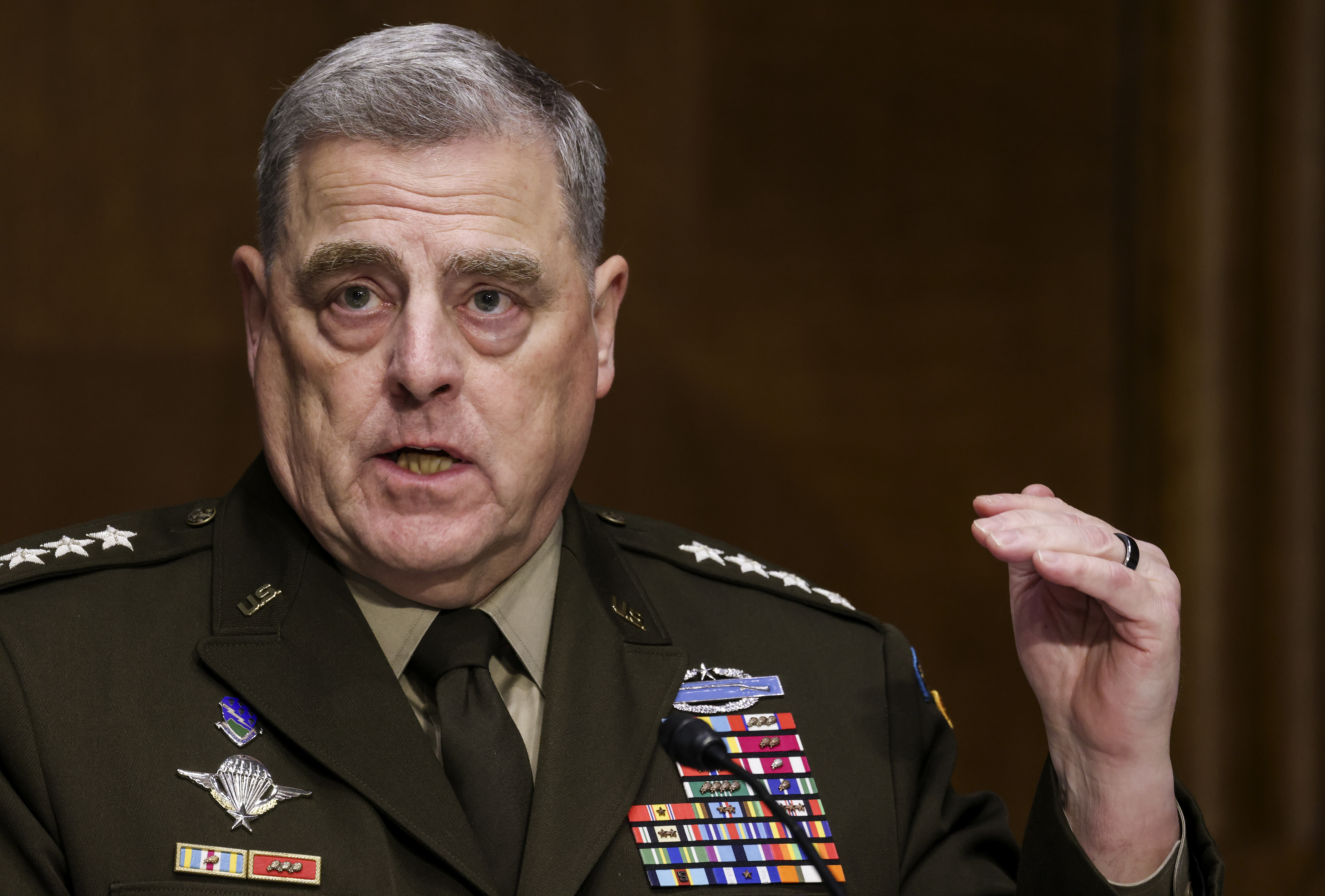 U.S. Air Force Academy associate professor Lynne Chandler García agreed with Milley’s comments and defended teaching CRT at military academies in a Washington Post op-ed published earlier in July. She argued teaching CRT “is not unpatriotic” and does not “promote division among our military members.”

The U.S. Navy has faced scrutiny for including the book “How To Be Antiracist” by Ibram X. Kendi in a reading guide for sailors. Chief of Naval Operations Adm. Michael Gilday claimed the Navy’s “strength is in our diversity” during a House committee hearing in June and accused Republican lawmakers of “painting the U.S. military … as woke.”

The military’s capture by “woke” ideologues isn’t just limited to race. A number of recent Defense Department policies related to gender and LGBTQ issues have led to criticism about the military’s priorities.

Some of the efforts the military has made in the name of gender equality have proven to be unsuccessful. The Army faced criticism when it announced in March it was revising the Army Combat Fitness Test with gender-specific grading in order to be more inclusive. A report in May found that nearly half of female recruits failed the new test despite the changes.

The Defense Department also announced in March it will prioritize LGBTQ people in its decision-making process. An email from the Navy and Marine Corps Daily Media Report further said the department would fund programs based in part on how LGBTQ-friendly they are. (RELATED: China Wants Men To Be Men. Woke America Says Men Can Be Women. Are We Losing The Fight?) 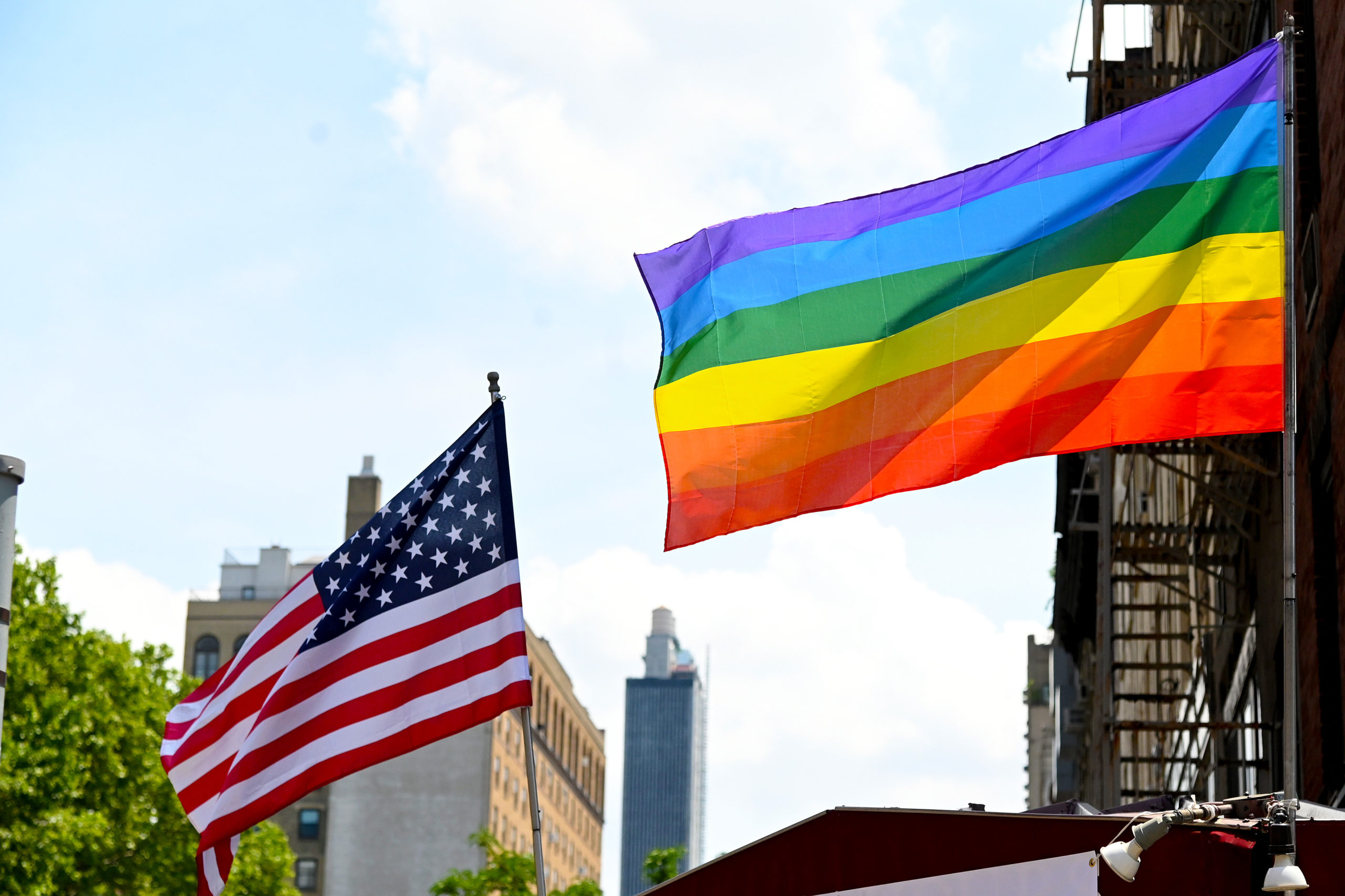 The Army also released a recruitment video in May featuring a lesbian wedding and an LGBTQ parade. The cartoon video stands out in comparison to recruitment videos from China and Russia, and was ridiculed by social media users. Republican Texas Sen. Ted Cruz tweeted in response that “a woke, emasculated military” might not be the best thing.

In an April memorandum to Defense Department leadership, Austin announced the creation of the Countering Extremism Working Group (CEWG) that would view and update the department’s definition of prohibited extremist activities among uniformed personnel.

The CEWG would also include a social media screening program to “continuously” monitor active military personnel for “concerning behaviors,” according to documents obtained by The Intercept. A senior official also told the outlet the program would use a private surveillance firm in order to circumvent First Amendment restrictions.

Defense Department spokeswoman Lisa Lawrence told the Daily Caller News Foundation that the CEWG “is not concerning itself with political beliefs” and has no intention of defining support for former President Donald Trump as an indicator of extremism. 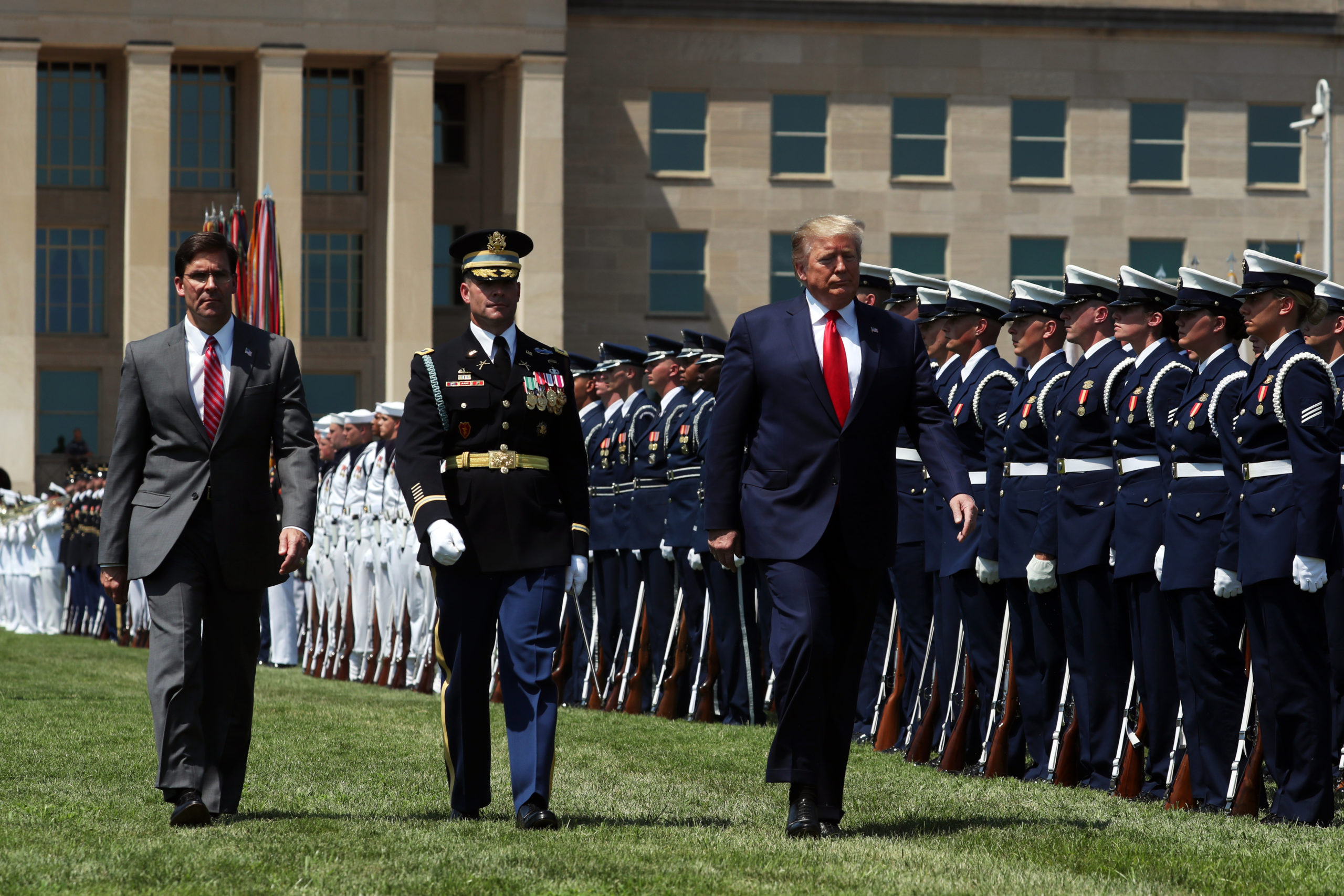 President Donald Trump (R) and Secretary of Defense Dr. Mark Esper (L) inspect the troops during a full honors welcome ceremony on the parade grounds at the Pentagon on July 25, 2019 in Arlington, Virginia (Mark Wilson/Getty Images)

But past tweets by CEGW head Bishop Garrison indicate he believes any supporter of Trump unequivocally supports extremism and racism. He called Trump a “racist” in a series of July 2019 tweets, adding that his presidency was “dragging a lot of bad actors (misogynist, extremists, other racists) out into the light.”

Concerns about the Defense Department’s efforts being politically motivated also come after Democrats suggested service members present during Biden’s inauguration should be vetted for pro-Trump views and corporate media outlets ran headlines connecting service members to the Jan. 6 riot at the U.S. Capitol.