The Vice President of Afghanistan said Sunday that ISIS, al Qaida and the Taliban are as similar as “Coke and Pepsi,” during an episode of Fox Nation’s “Lara Logan Has No Agenda.”

Saleh also said the Taliban believes “that they can conquer” and “that their Jihadist literature will prevail.” Former Ambassador of Pakistan Husain Haqqani echoed the vice president’s sentiment, telling Logan that the Taliban is a “totalitarian movement, with a very narrow vision for how they want society,” according to Fox News. (RELATED: Republican Rep. Says ‘Groups’ Like Al-Qaida Can ‘Grow Again And Metastasize’ After Taliban Takeover) 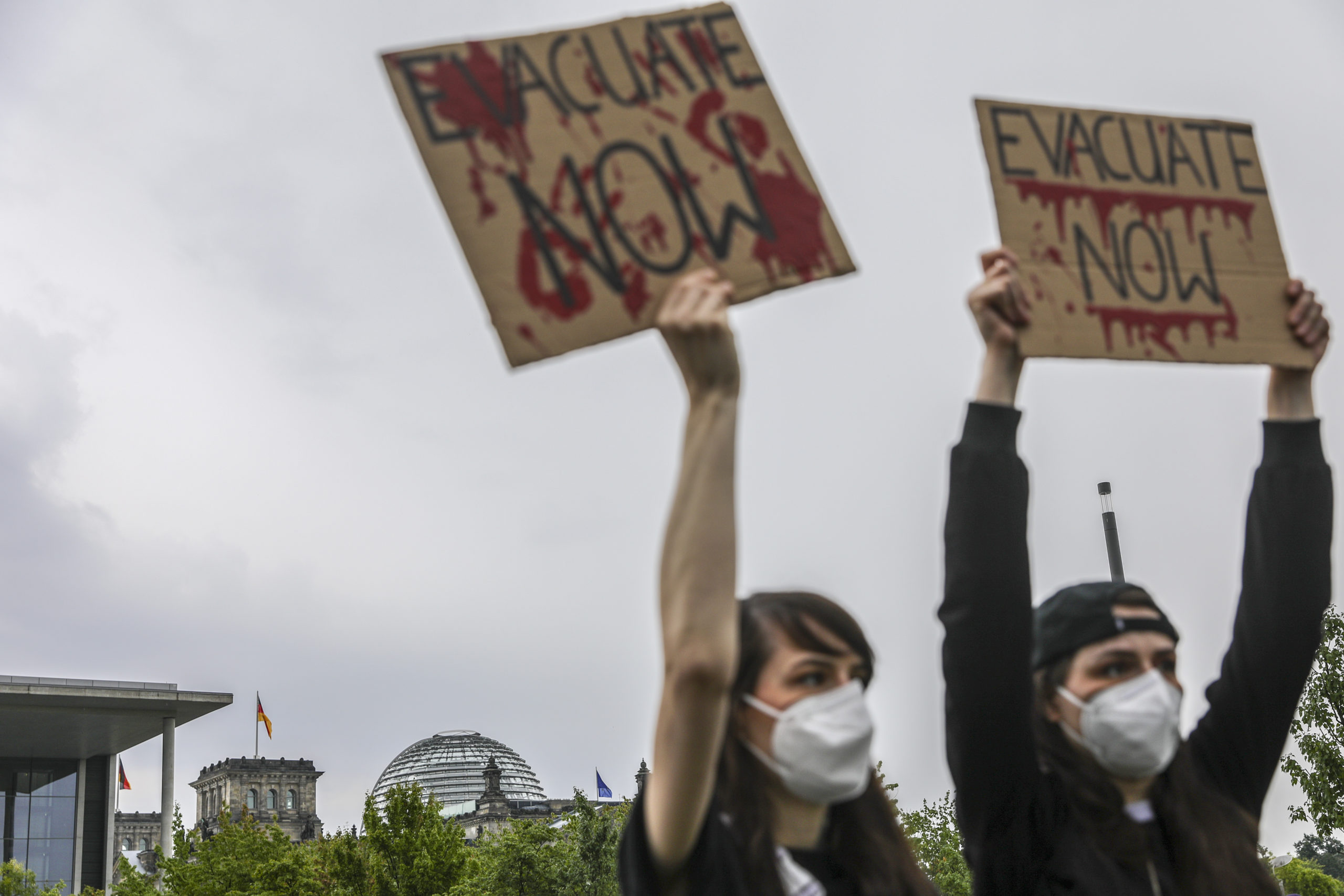 BERLIN, GERMANY – AUGUST 22: Protesters hold a banner reading “Evacuate Now” as people demonstrate for safe refuge from Afghanistan, under the motto “Take responsibility- take it now!” in front of the federal chancellery on August 22, 2021, in Berlin, Germany. (Omer Messinger/Getty Images)

The Taliban has been linked to other terrorist organizations. The Gaza-based Islamist militant group Hamas recently congratulated the Taliban for their “defeat” of U.S. forces in Afghanistan, saying the takeover would be “the demise of the American occupation.”

“We congratulate the Muslim Afghan people for the defeat of the American occupation on all Afghan lands, and we congratulate the Taliban movement and its brave leadership on this victory, which culminated its long struggle over the past 20 years,” Hamas said in a statement.

“While Hamas wishes the Afghan Muslim people and its leadership success in achieving unity, stability and prosperity for Afghanistan and its people, it stresses that the demise of the American occupation and its allies proves that the resistance of the peoples, foremost of which is our struggling Palestinian people, will achieve victory,” the statement continued.

Chairman of the Joint Chiefs of Staff Mark Milley said on Aug. 15 he expects an increase in terror threats from the Taliban and Al-Qaida, according to The Associated Press.