The tallest man in the United States, 38-year-old Igor Vovkovinskiy, died of heart disease Friday at the Mayo Clinic in Rochester, Minnesota, according to the Associated Press (AP).

Vovkovinskiy’s mother Svetlana, who is an intensive care unit nurse at the Mayo Clinic, originally posted a statement about his death on Facebook, the AP reported. Born in Ukraine on Sept. 8, 1982, Vovkovinskiy arrived at the Mayo Clinic in 1989 in search of treatment for a tumor that was pressing against his pituitary gland, causing it to secrete abnormal levels of growth hormone, according to the AP. He grew to be 7 feet 8.33 inches.

At age 27, Vovkovinskiy was declared the tallest person in the U.S. by a Guinness World Records adjudicator on “The Dr. Oz Show,” according to CBS News. Vovkovinskiy received $40k in donations in 2012 to purchase custom shoes, but the sneaker brand Reebok decided to make the shoes for free, CBS Minnesota reported. 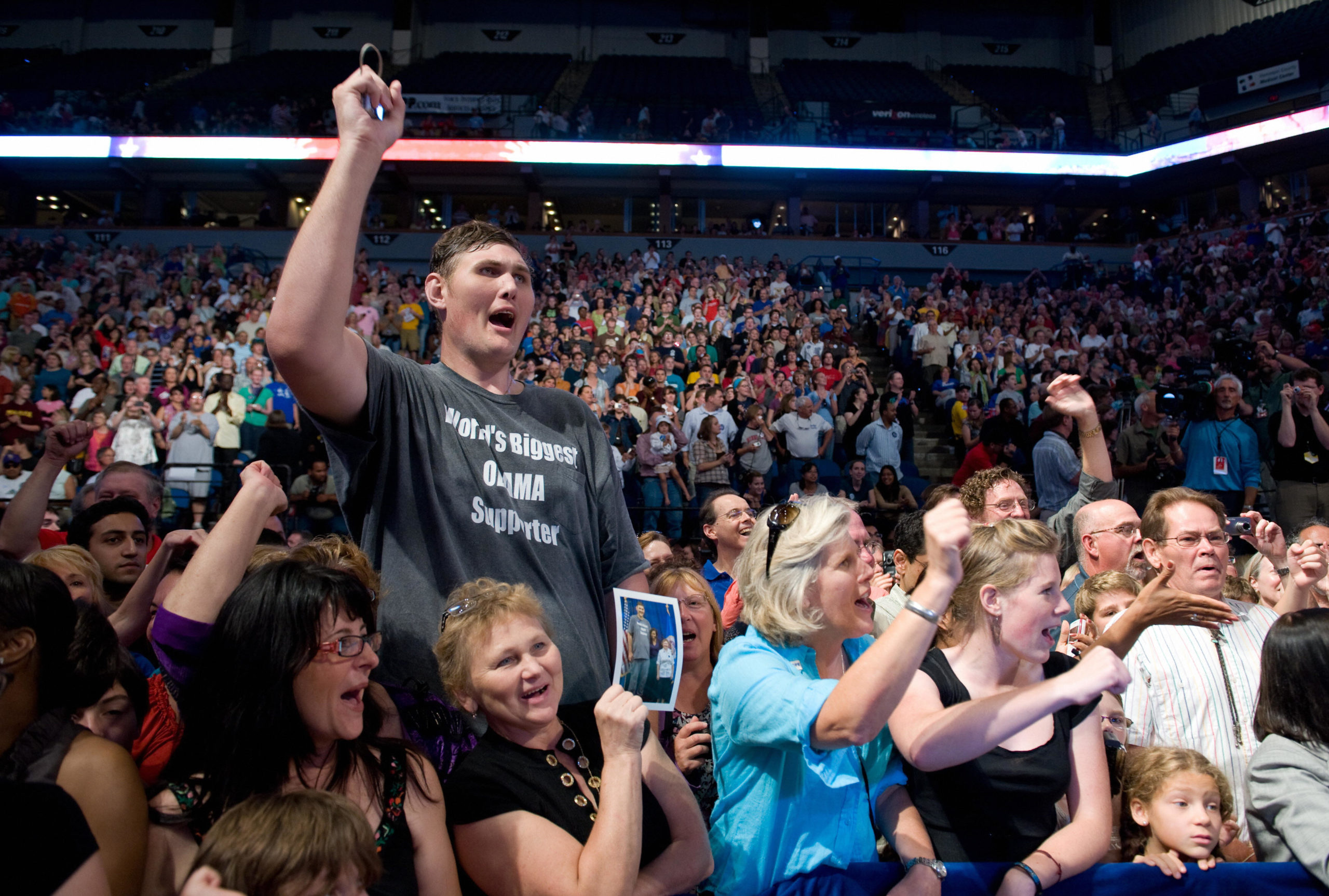 Vovkovinskiy had previously attended a rally for former President Barak Obama where the then-president recognized Vovkovinskiy on stage. Vovkovinskiy stated that Obama’s health initiatives were “something I couldn’t live without,” the Minneapolis Star Tribune reported.

Vovkovinskiy’s older brother Oleh Ladan said that even though Vovkovinskiy’s height had garnered much stardom over the years, Vovkovinskiy “would have rather lived a normal life than be known,” according to the StarTribune. (RELATED: US Life Expectancy Dropped By Biggest Amount Since World War II In 2020)

Vovkovinskiy’s family will hold a memorial service Saturday at Ranfranz and Vine Funeral Homes in Rochester.