Arizona Democratic Sen. Kyrsten Sinema doubled down on her opposition to the Democrats’ $3.5 trillion budget hours before the House is set to vote on advancing it as soon as Monday.

Her opposition to a package of that size is significant given the Senate’s 50-50 split and the fact that no Republican voted for it when its framework was adopted early on Aug. 11. Both the budget and the bipartisan infrastructure bill — of which Sinema was the lead Democratic negotiator — are awaiting votes in the House, where moderates and progressives are at an impasse over which should be taken up first, jeopardizing the fate of both.

Sinema Spokesman John LaBombard told Politico that the bipartisan package “is a historic win for our nation’s everyday families and employers and, like every proposal, should be considered on its own merits.” He added that “proceedings in the U.S. House will have no impact on Kyrsten’s views about what is best for our country — including the fact that she will not support a budget reconciliation bill that costs $3.5 trillion.” (RELATED: ‘Take The Win’: Moderate Dems Double Down, Vow To Block Budget Unless Infrastructure Bill Gets A Vote First) 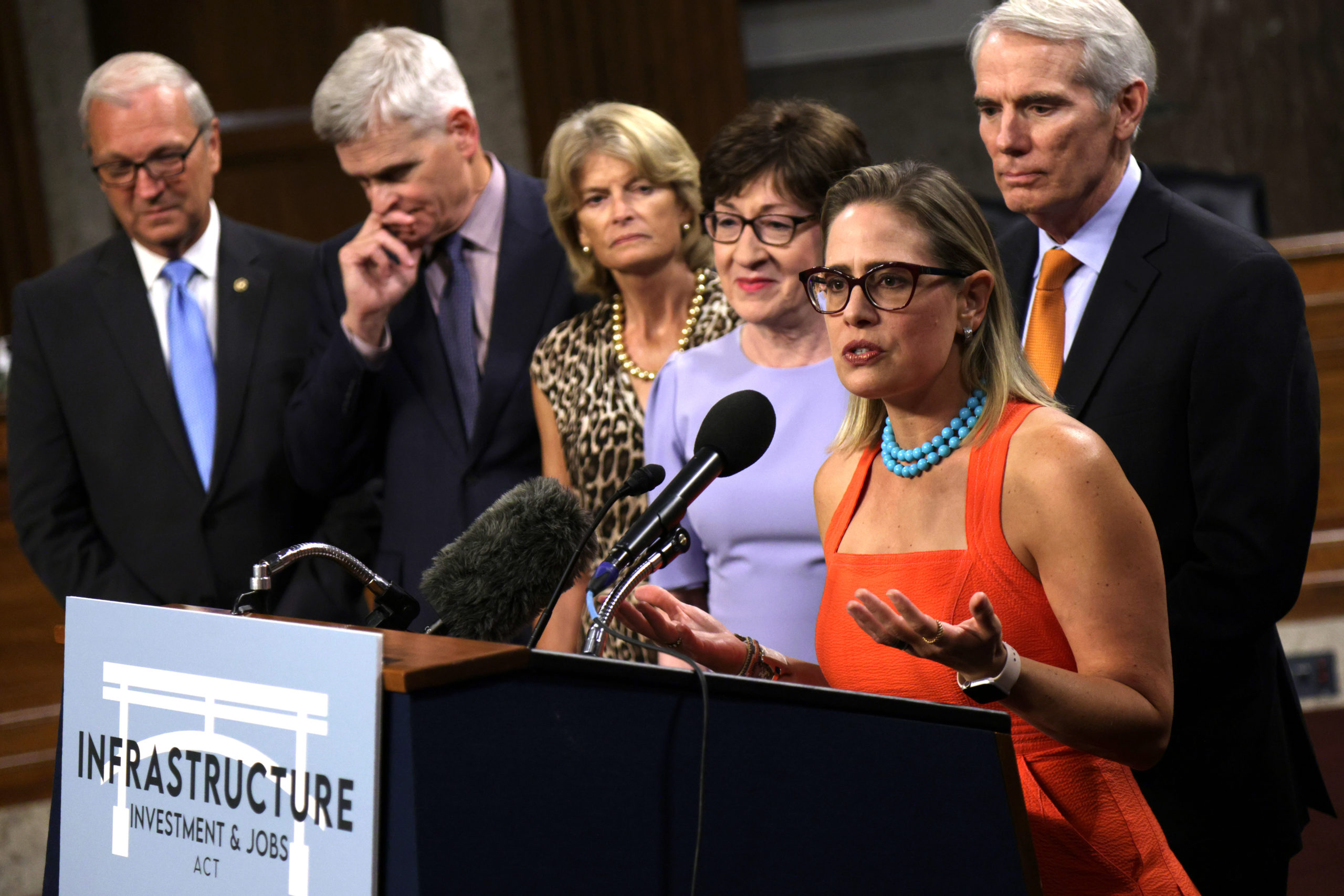 Sinema is not the only Senate Democrat who has come out against the budget’s current size. West Virginia Sen. Joe Manchin said the same immediately after it moved through the Senate: “Adding trillions of dollars more to nearly $29 trillion of national debt, without any consideration of the negative effects on our children and grandchildren, is one of those decisions that has become far too easy in Washington.” (RELATED: House Moderates Vow To Block Budget Until Infrastructure Bill Is Law)

Amid the House Democrats’ squabbles, Manchin on Monday urged them to “put politics aside” and take up the bipartisan infrastructure bill first: “This is not about party or politics, it’s about doing what’s right for the country,” he said. “It would send a terrible message to the American people if this bipartisan bill is held hostage.”