Most economists think businesses should impose COVID-19 vaccine mandates on their employees, according to a survey released Monday.

The survey, conducted this month by the National Association for Business Economics (NABE) of its 227 members, found that 79% were in favor of employers requiring employees to be vaccinated before returning to the workplace, with only 14% opposing the policy. The study also found that 69% of NABE members were in favor of the government providing documents that individuals would carry as proof of COVID-19 vaccination, with only 22% percent opposed. (RELATED: Here’s How The Government Could Implement Legal Vaccine Mandates) 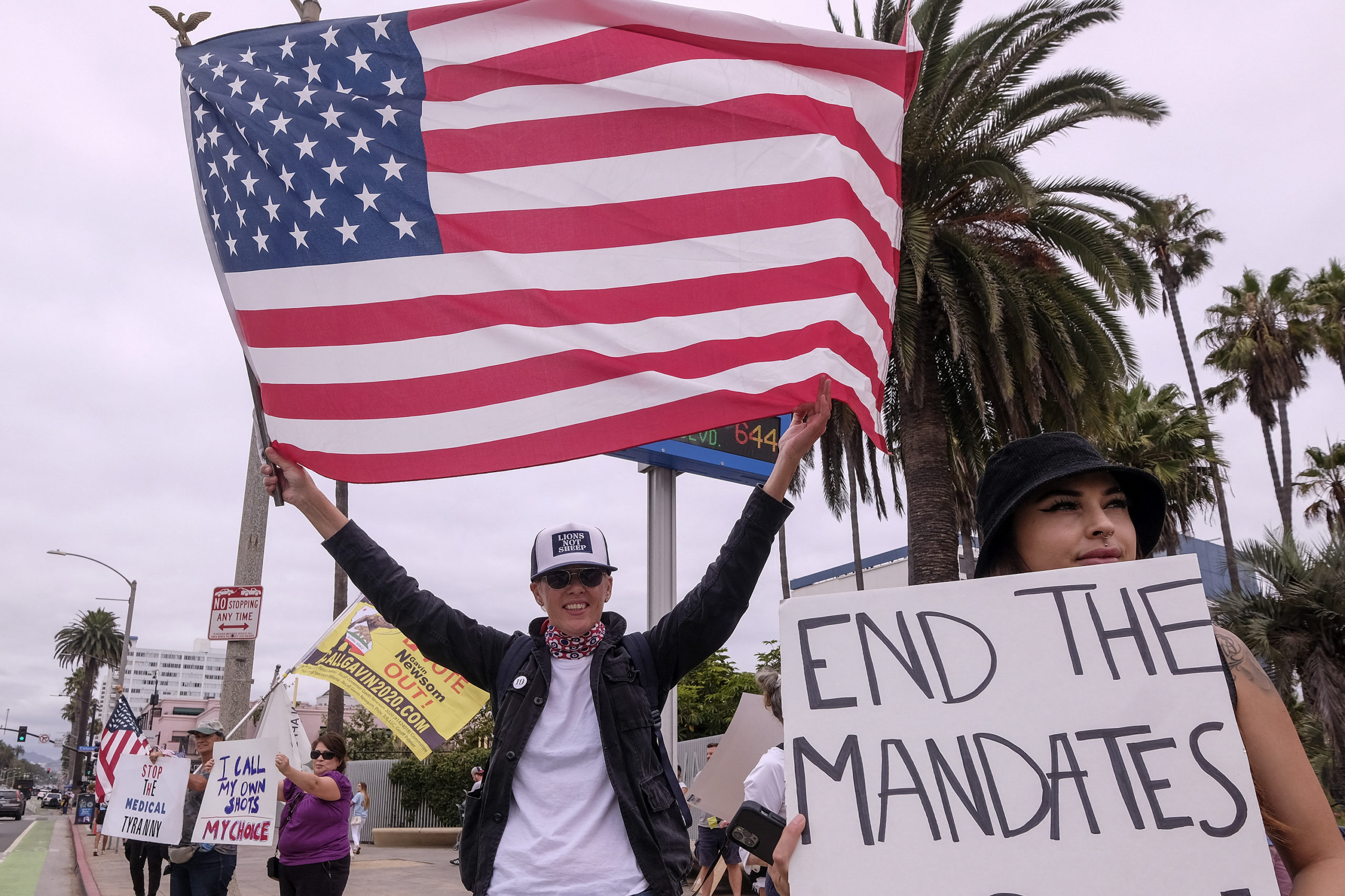 Protesters hold signs as they demonstrate during a “No Vaccine Passport Rally,” in Santa Monica, California, on August 21, 2021. (Photo by RINGO CHIU/AFP via Getty Images)

The NABE report comes as many of the largest U.S. companies begin to institute COVID-19 vaccine mandates for employees.

A Gallup poll conducted in July reflected that 52% of workers favor employers requiring their employees to be vaccinated, an increase from just 46% of workers supporting such policies in May.