Proud Boys leader Henry “Enrique” Tarrio was sentenced Monday to more than 5 months in prison after admitting to burning a Black Lives Matter flag and bringing rifle magazines to Washington, the U.S. Attorney’s Office for the District of Columbia announced Monday.

Judge Harold L. Cushenberry of the D.C. Superior Court sentenced Tarrio to 90 days in prison for destruction of property and 150 days for possession of large-capacity magazines. Tarrio pleaded guilty on July 19, 2021, to both charges and will only have to serve 155 days in prison if he completes three years of probation, according to a press release. (RELATED: Proud Boys Declared Terrorist Organization In Canada)

Tarrio stole a BLM banner from the Asbury United Methodist Church and set it on fire at a nearby intersection in December, according to court documents. He was arrested on Dec. 12, 2020, when he was found with two high-capacity magazines before attending the Jan. 6, Trump rally in Washington.

Tarrio told the court in January that he sells the magazines and the ones he was carrying were already sold to a customer, the Associated Press reported. He officially resigned from the Proud Boys in 2018, and federal prosecutors requested a three-month sentence, according to CNN. 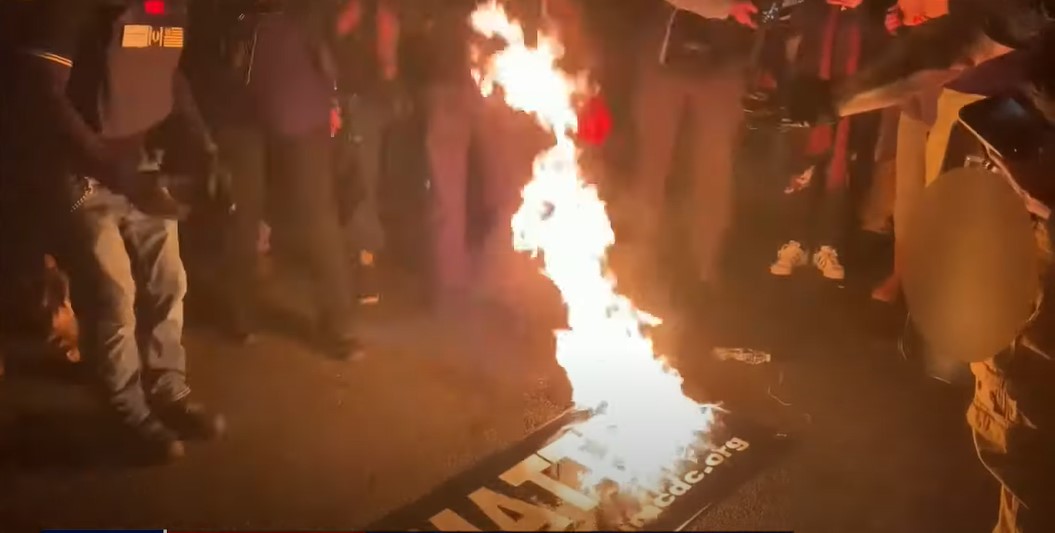 “This court must respect the right of any citizen to peacefully assemble, protest, and make his or her views known on issues,” Cushenberry said, according to CNN. “But Mr. Tarrio’s conduct in these criminal cases vindicate none of these democratic values. Instead, Mr. Tarrio’s actions betrayed them.”

Cushenberry said that Tarrio deserved more than the three months in prison that prosecutors asked for, according to the AP.

“Mr. Tarrio has clearly — intentionally and proudly — crossed the line from peaceful protest and assembly to dangerous and potentially violent criminal conduct,” Cushenberry said, according to the AP.

Tarrio apologized to the court for his actions and called them a “grave mistake,” the AP reported. “What I did was wrong,” he said.