Negotiations between House Democratic leadership and moderates in the caucus ended in a stalemate just after midnight Tuesday, with Speaker Nancy Pelosi and her team failing to find the support to advance Democrats’ $3.5 trillion spending bill and postponing the key vote.

Following a marathon Rules Committee hearing Monday, Pelosi and a group of moderates began hours of negotiations over a path to move forward with the budget, which contains the bulk of President Joe Biden’s agenda, and the bipartisan infrastructure package. The nine moderates, led by New Jersey Rep. Josh Gottheimer, have insisted that infrastructure be passed first, while Pelosi has vowed to address the budget first in an attempt to appease progressives demanding the same.

Monday’s planned vote would have advanced both bills and the John Lewis Voting Rights Act, but moderates objected on the grounds that voting for it would still put the infrastructure bill on hold until the budget passed.

In a letter Saturday, Pelosi said the House would aim to pass both bills before Oct. 1, but her offer did not sway them. She also offered to employ an obscure tactic that would have combined the procedural vote with a vote passing the budget framework, which moderates rejected.

Pelosi did not say whether the key procedural vote would be held Tuesday. “We’ll see tomorrow, won’t we now?” she said. (RELATED: ‘Take The Win’: Moderate Dems Double Down, Vow To Block Budget Unless Infrastructure Bill Gets A Vote First) 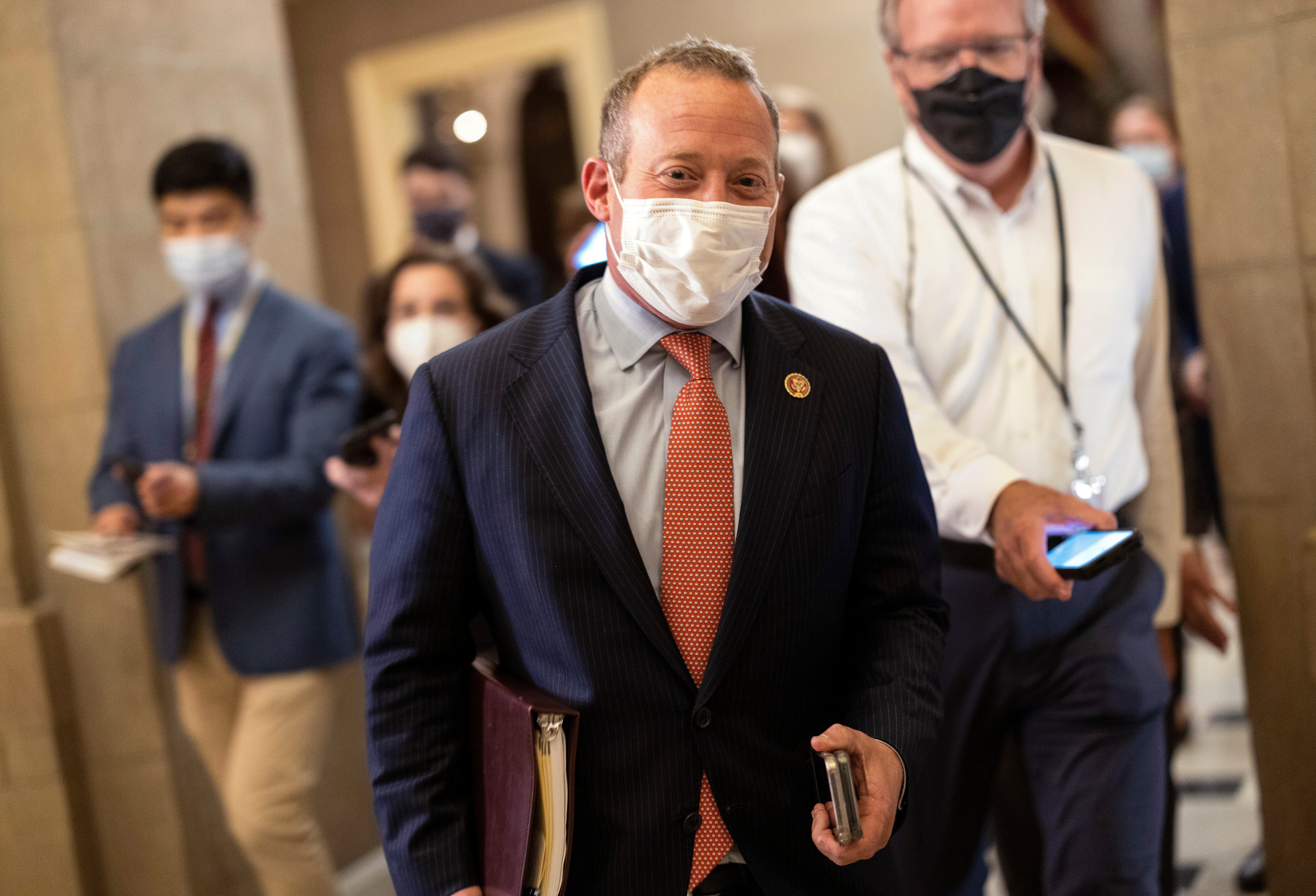 Rep. Josh Gottheimer has led nearly a dozen moderates insisting that the infrastructure bill be taken up before the budget. (Kevin Dietsch/Getty Images)

The gang of nine urged their colleagues in an op-ed Sunday to “take the win” and pass the infrastructure package first, noting its bipartisan credentials and how it would give the president a win. They held firm throughout the negotiations, even as some reports indicated that several would cave, and attracted the support of Florida Rep. Stephanie Murphy, who called on passing infrastructure first in an Orlando Sentinel op-ed Monday. (RELATED: House Plans Key Budget Vote Despite Not Having The Votes)

“I cannot in good conscience vote to start the reconciliation process unless we also finish our work on the infrastructure bill,” she wrote.

Moderates in the Senate have also ruled out negotiating with Pelosi and objected to the budget’s $3.5 trillion price tag. A spokesman for Arizona Sen. Kyrsten Sinema, the lead Democratic negotiator for the infrastructure bill, said it should be “considered on its own merits” and that she was not supportive of its current size, and was echoed by West Virginia Sen. Joe Manchin shortly after.

“This is not about party or politics, it’s about doing what’s right for the country,” Manchin said. “It would send a terrible message to the American people if this bipartisan bill is held hostage.”