Kathy Hochul was sworn in just after midnight Tuesday as New York’s first female governor at the state capitol in Albany.

The private ceremony, reported by the Associated Press, comes two weeks after former Gov. Andrew Cuomo announced he was resigning after an independent report found he sexually harassed 11 women.

“I feel the weight of responsibility on my shoulders and I’ll tell New Yorkers I’m up to the task,” Hochul told a local station in Buffalo, New York. “And I’m really proud to be able to serve as their governor and I won’t let them down.” (RELATED: TIMELINE: How Andrew Cuomo Went From America’s ‘Love Gov’ To Fending Off Calls For His Resignation In Less Than 12 Months) 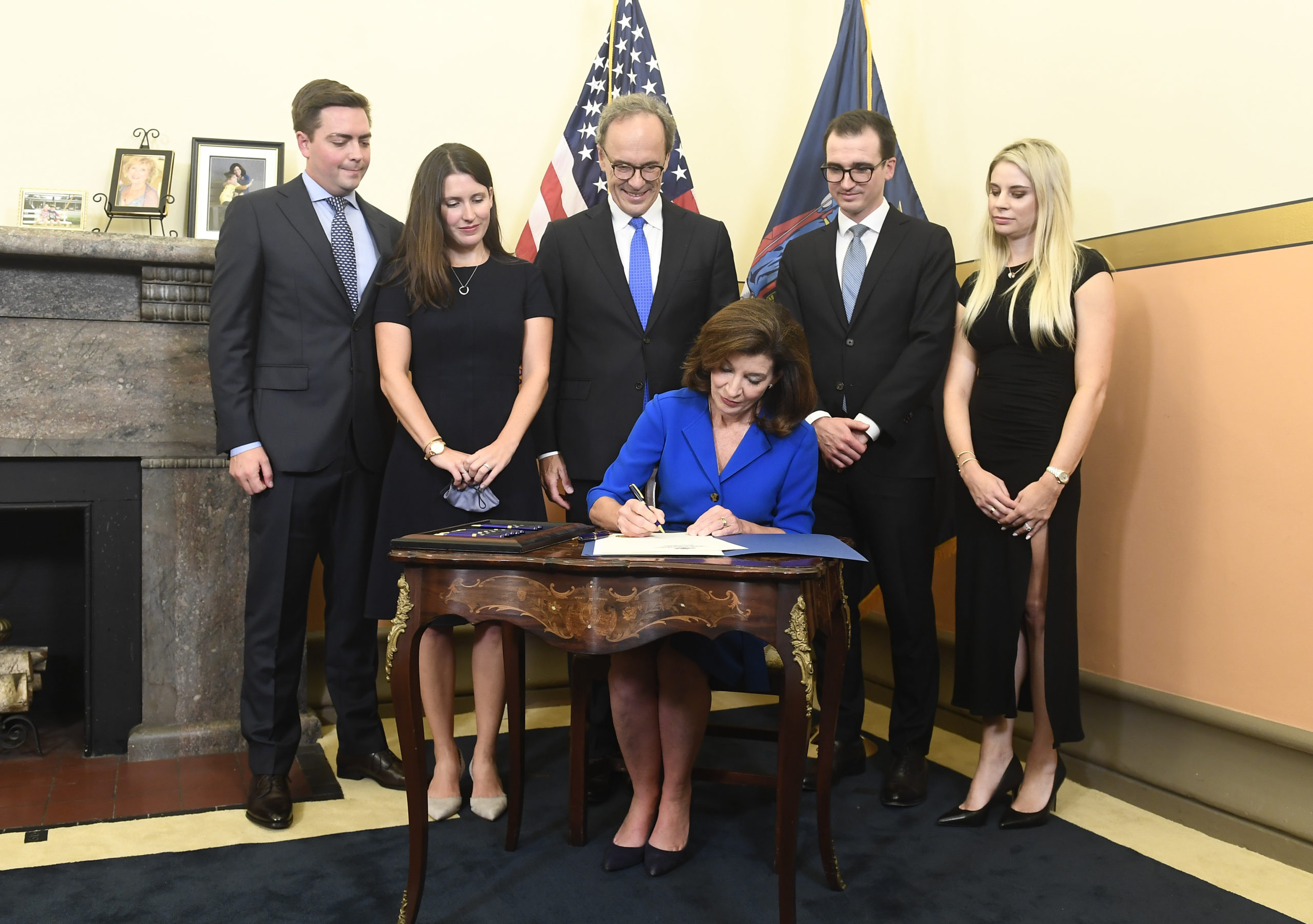 Hochul previously served as Cuomo’s lieutenant governor and as a congresswoman from Buffalo. She has said that she was not close with Cuomo during her time as lieutenant governor, adding after the report was released that they had not spoken since February.

Cuomo was first accused of sexually harassing women in March, and calls for him to resign grew after Attorney General Letitia James found the women to be credible during an investigation. Shortly before he resigned he released a pre-recorded farewell video and commuted the sentence of six criminals, including some convicted for murder and terrorism charges.

Hochul is set to meet with political leaders in New York later Tuesday and address the state at 3 p.m., the AP noted. She takes over amid contentious political fights regarding vaccine mandates and masks in schools, and has promised transparency regarding the previous administration’s coronavirus response.