The Taliban may be fielding a force of between 150,000 and 200,000 fighters in Afghanistan, analysts say — more than double the size claimed by President Joe Biden and members of his administration.

“The Taliban has fielded large fighting forces for years,” Bill Roggio, editor of the Long War Journal and senior fellow at the Foundation for Defense of Democracies, told the Daily Caller. Although he stressed that intelligence agencies do not have access to exact fighter totals, Roggio noted that the speed of the Taliban’s conquest and ability to occupy major cities, as well as the heavy casualties sustained by Afghan military troops, suggested the higher total.

Biden favorably contrasted the 300,000 troop-strong Afghan army with Taliban forces he numbered around 75,000 during a July 8 press conference in which he expressed optimism about the government of Afghanistan’s ability to withstand a Taliban onslaught.

Afghanistan has “300,000 well-equipped [troops] — as well-equipped as any army in the world — and an air force against something like 75,000 Taliban,” the president said at the time, adding that a Taliban takeover was “not inevitable.” 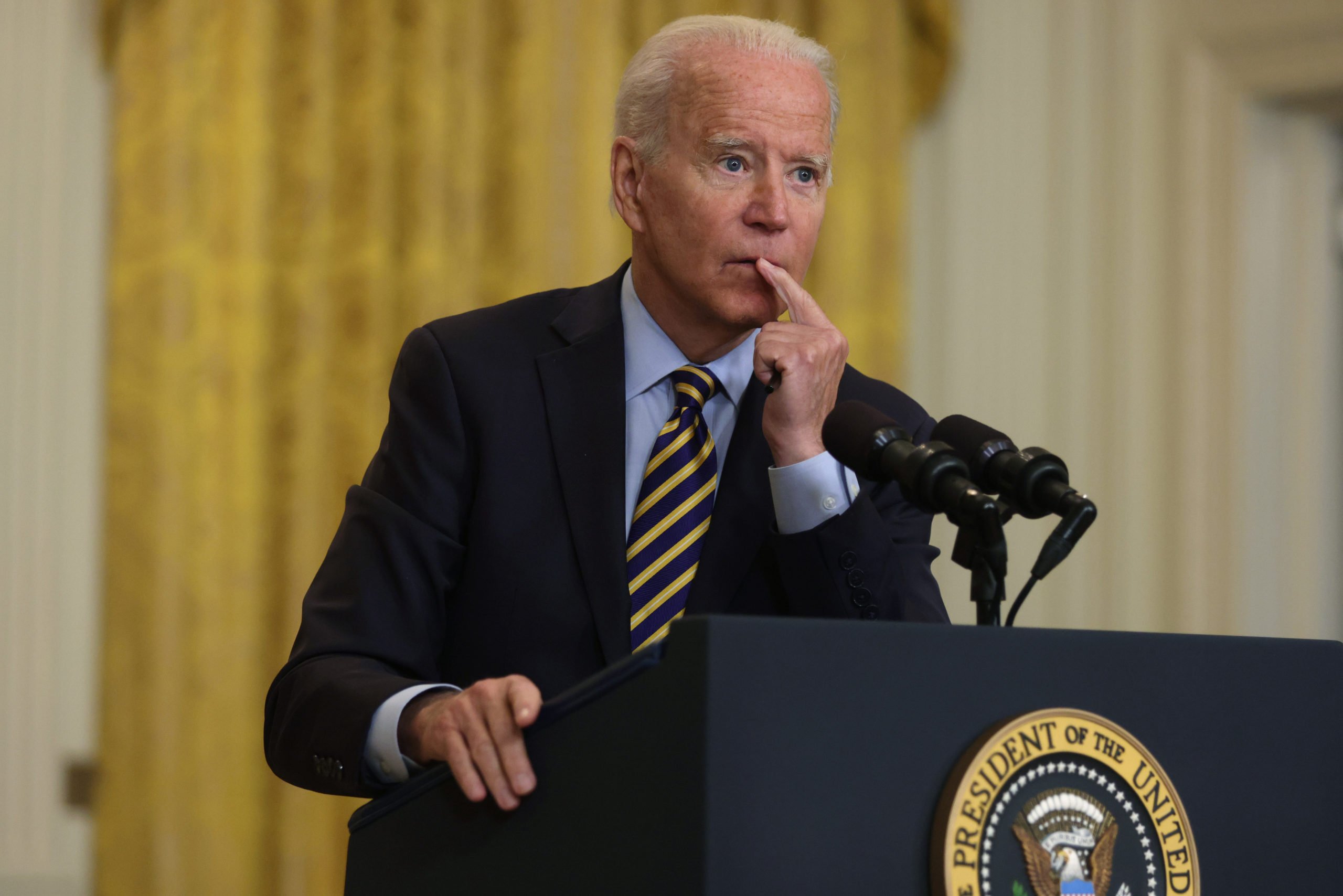 Department of Defense (DOD) spokesman John Kirby echoed Biden’s number during a press conference later that day. Neither the White House nor the DOD responded to multiple requests for an explanation of the total from the Daily Caller.

The U.S. government has under-counted the number of Taliban fighters since before Biden entered office, according to multiple reports.

Even then, some contended the number was too low.

“Based on press releases, the Defense and Interior Ministries claim that between 30 to 50 Taliban fighters are killed daily. If this is averaged out over the course of a year, the Taliban would incur 11,000 to 18,000 fighters killed each year,” Roggio wrote in 2018. “There are few fighting forces that could take such high levels of casualties and still remain a dominant player on the battlefield. Given these facts, the Taliban’s strength is likely to number well over 100,000 fighters.”

Dr. Antonio Giustozzi, an international conflict and security studies professor at King’s College London, wrote in a 2018 report that the Taliban’s largest number of fighters are recruited from local militias. He estimated that the Taliban’s total strength, including non-combatant support elements, totaled 200,000. Giustozzi wrote that local militia members made up the bulk of Taliban fighters, at 90,000.

Those members “are found in communities which have close relations to the Taliban; this can fluctuate as a community can opt out of supporting the Taliban, or join in at any time,” Giustozzi wrote. Although the Taliban remains majority Pashtun, Giustozzi wrote, militia fighters also come from the Tajik, Uzbek and Baluchi minority groups.

The Taliban maintained a group of 60,000 core fighters in 2018, according to Giustozzi, with those fighters deploying into Afghanistan from Iran and Pakistan during the fighting season. The fighting season is between April and October, the Small Wars Journal explained in 2017. The “fighting season” occurs during improved weather conditions, the summer and fall recess of local madrassas and the end of opium poppy cultivation. (RELATED: 1700 Troops Head To Afghanistan As Taliban Declares Fighting Season)

Even those numbers are probably inflated, Roggio said, citing the prevalence of “ghost soldiers.” Ghost soldiers exist on paper for the purpose of salaries and provisions, but have either died, deserted or never existed in the first place.

The discrepancy among force sizes helps to explain the Taliban’s success in marching through Afghanistan, Roggio said.

“Not every district just rolled over,” but “Afghans ‘quit’ because they were already defeated,” he added. “There needs to be a congressional investigation. They either knew and lied, or they didn’t know. Neither is good.”