The Biden administration needs to expand operations allowing for the safe passage of American citizens and allies in Afghanistan, a veteran and national security council staff member under former President George W. Bush said on Tuesday.

U.S. officials should work to expand the perimeter around the Kabul airport so that Afghan allies and stranded Americans can get through the gates, former Bush official and Afghanistan veteran Rick “Ozzie” Nelson said in a call with reporters on Tuesday. Taliban insurgents reportedly set up checkpoints along routes to the Kabul airport where they’ve attacked people attempting to leave the country, the Daily Caller reported.

U.S. forces also should “create safe sites within Kabul where people can be helicoptered or transported by vehicle to the airport,” Nelson said. He added that the administration should try to secure specific times for people to gather at regional airports in other parts of Afghanistan in order to be flown to the Kabul airport for evacuation.

“From what I understand, that the operation of evacuating people is working extremely well … but we still have people that are in Kabul as well as the interior that we need to make a path for,” Nelson said. (RELATED: ‘Trash, Urine, Fecal Matter’: Leaked Email Says Afghan Refugee Living Conditions Are ‘A Living Hell’)

“These [additional measures] obviously will increase the risk of the operation, but our military is extremely good in crisis operations,” Nelson added. “This [crisis operations] is what they’re trained to do, as we can see what they’ve done the last couple of days, it’s remarkable.” 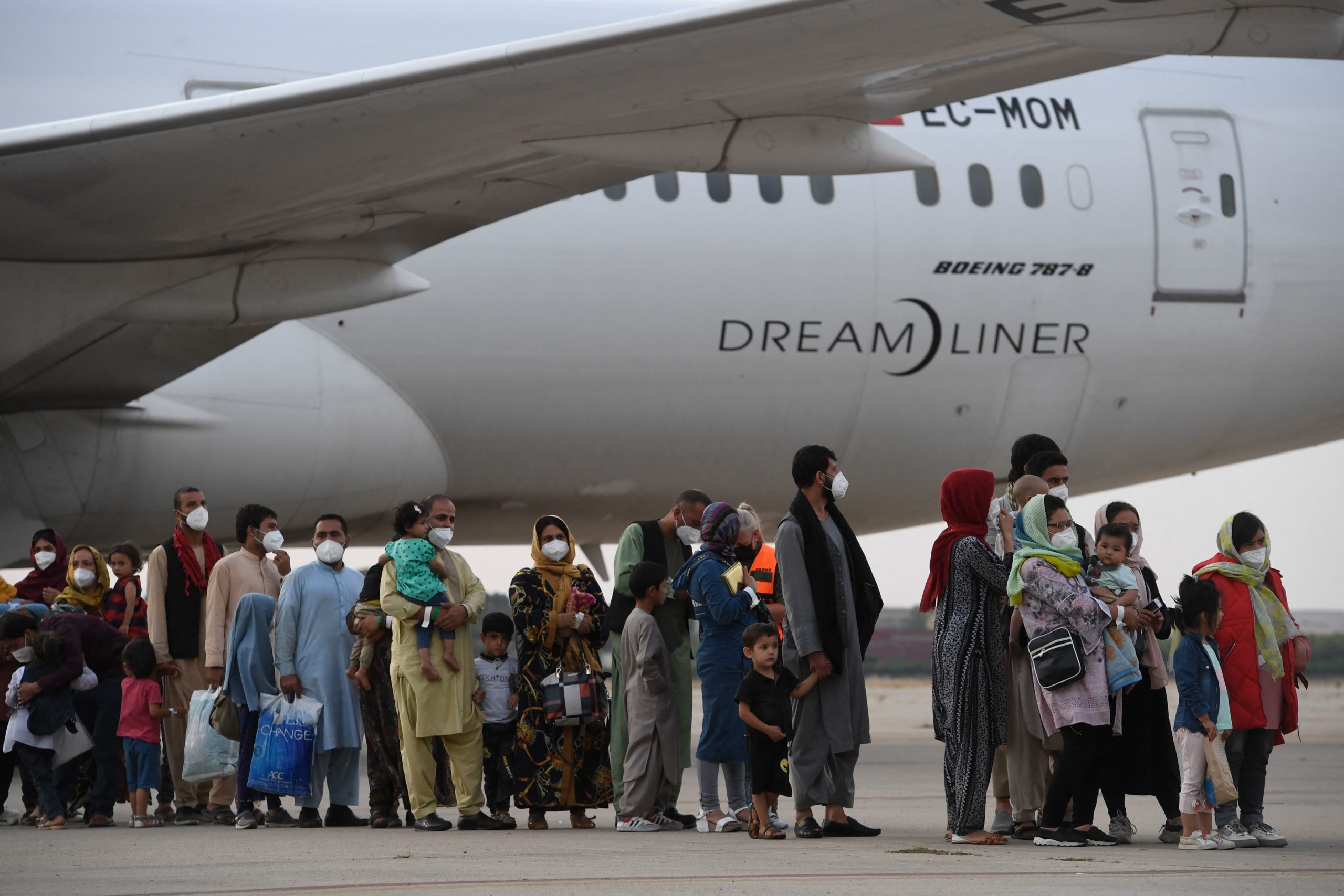 Refugees queue on the tarmac after disembarking from an evacuation flight from Kabul, at the Torrejon de Ardoz air base, 30 km from Madrid, on August 24, 2021. – Spain has been evacuating its nationals and local contractors from Afghanistan via Dubai since the Taliban swept to power ten days ago. Another 420 people are expected to arrive in Spain on August 24, 2021, including 290 people from Dubai and 130 who are expected to leave on a Spanish military plane from Kabul. (Photo by PIERRE-PHILIPPE MARCOU/AFP via Getty Images)

Over 21,000 people were evacuated from Kabul as of Tuesday, Joint Staff Vice Director for Logistics Vice Director Maj. Gen. Hank Taylor said, according to CNN. Around 58,000 Americans and Afghan allies have been evacuated from the country since Aug. 14 and more than 3.5 million people have been displaced by Taliban violence.

“We also have an obligation, not only to those who served in the past, but we have an obligation to those who will serve in the future, whether it be in the military or as a diplomat or aid worker,” Nelson said. “[The] U.S. requires the support of locals that carry out all of its missions in every country in the world and so we need to make sure that those, our friends and allies in other countries, know that America keeps its word so that we can continue to partner with them.”

Nelson added that if the Biden administration fails American allies in Afghanistan, “it will send a strong message to our friends and allies that we [U.S. officials] need to conduct these missions and that we may not be there and that’s not a message that we want to send.”