Portions of the classified report are expected to be made public soon, according to The Post, though the public may be underwhelmed by its findings. The two U.S. officials familiar with the matter explained that – despite going over old research and searching for new leads – the intelligence community was still not able to reach an agreement, the publication noted.

The non-answers are not entirely surprising. Director of National Intelligence Avril Haines said in June that the intelligence agencies were “hoping to find a smoking gun” but warned that this would be “challenging,” The Post reported.

“It might happen, but it might not,” Haines said. (RELATED: Biden’s 90-Day COVID Origins Probe Expected To Be A Dud: REPORTS) 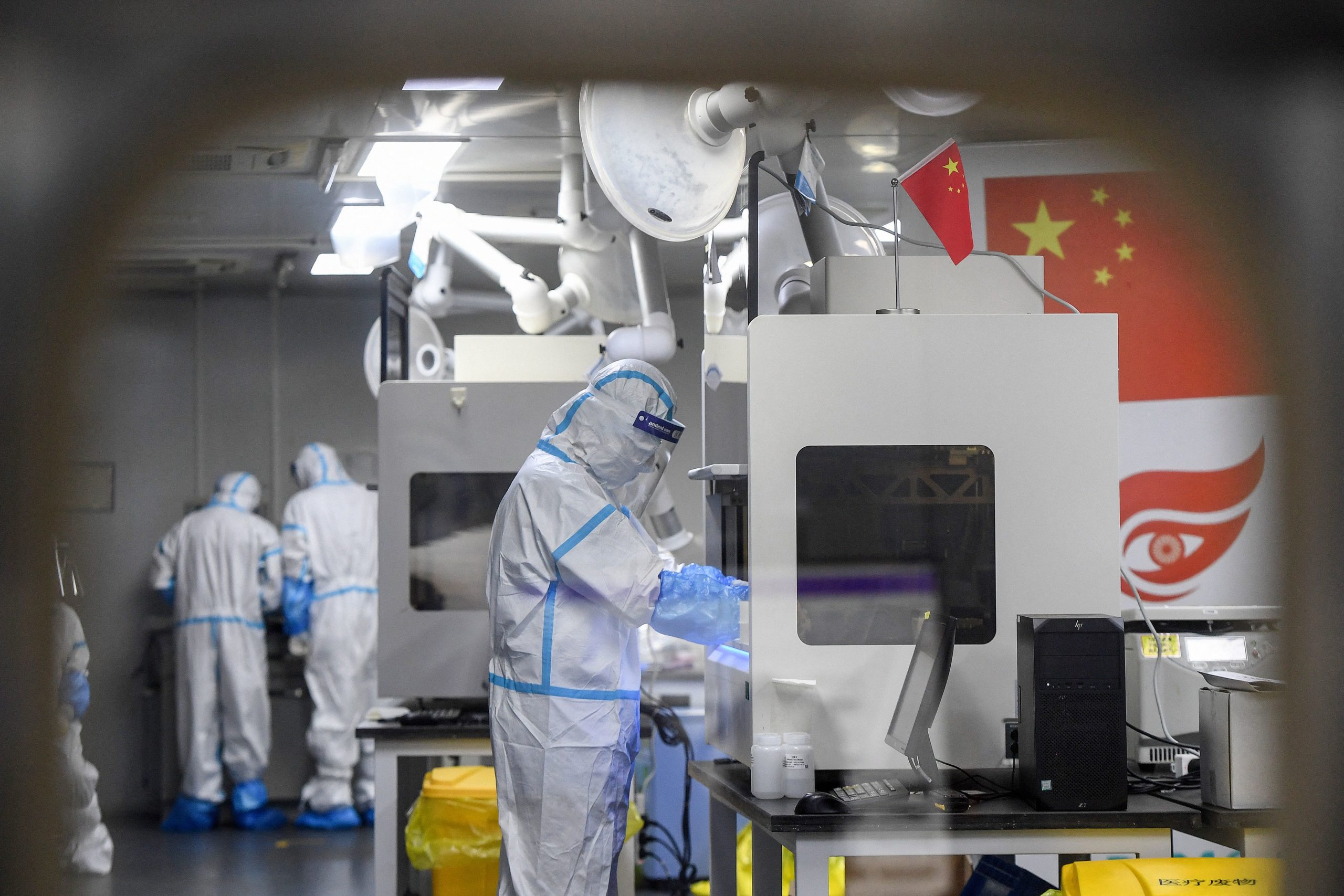 Laboratory technicians wearing personal protective equipment (PPE) work on samples to be tested for the Covid-19 coronavirus at the Fire Eye laboratory, a Covid-19 testing facility, in Wuhan in China’s central Hubei province early on August 5, 2021. – China OUT (Photo by STR / AFP) / China OUT (Photo by STR/AFP via Getty Images)

Much of the media decried and dismissed the lab leak theory as a conspiracy theory throughout much of 2020. Former President Donald Trump mentioned it often as a viable option into the virus’s origins.

The theory began to gain interest among members of the press following a lengthy investigation piece published by New York Magazine in January. The author explored the lab leak theory and argued that based on his findings, the theory had legs and shouldn’t be dismissed as a conspiracy.

“A lab accident — a dropped flask, a needle prick, a mouse bite, an illegibly labeled bottle — is apolitical,” the piece read. “Proposing that something unfortunate happened during a scientific experiment in Wuhan — where COVID-19 was first diagnosed and where there are three high-security virology labs, one of which held in its freezers the most comprehensive inventory of sampled bat viruses in the world — isn’t a conspiracy theory. It’s just a theory. It merits attention, I believe, alongside other reasoned attempts to explain the source of our current catastrophe.”

This, coupled with various developments regarding the “conspiracy theory” throughout 2021, prompted a change among members of the media, who were forced to admit that the theory had credence. (RELATED: PolitiFact Quietly Retracts ‘Pants On Fire’ Lab Leak Fact Check)

Despite Biden’s latest declaration, the White House has not said what the president personally believes. White House press secretary Jen Psaki did say Monday that the public would be made aware of the findings, though she was unsure “what format that will take at this point in time.”