The prevalence of the COVID-19 delta variant has damaged small business confidence in the economy, sending it to its lowest level since April 2020, according to a Wall Street Journal survey.

The small business confidence index — a measurement of business owners’ sales, hiring and spending expectations — dropped again for the third consecutive month, according to the WSJ survey conducted by executive coaching firm Vistage. The share of small business owners that expect economic conditions to improve over the next year dropped to 39% from 50% in July, hitting its lowest level since April 2020.

“It’s not so much that they are pessimistic, but that they are less optimistic about growth,” University of Michigan economist Richard Curtin told the WSJ.

Of the more than 560 surveyed small business owners, 44% responded that they had either been affected by the delta variant or expect to be in the near future, according to the WSJ. Less than half of the business owners reported plans to invest in their company, lower than the average of 50% recorded over the last three months. 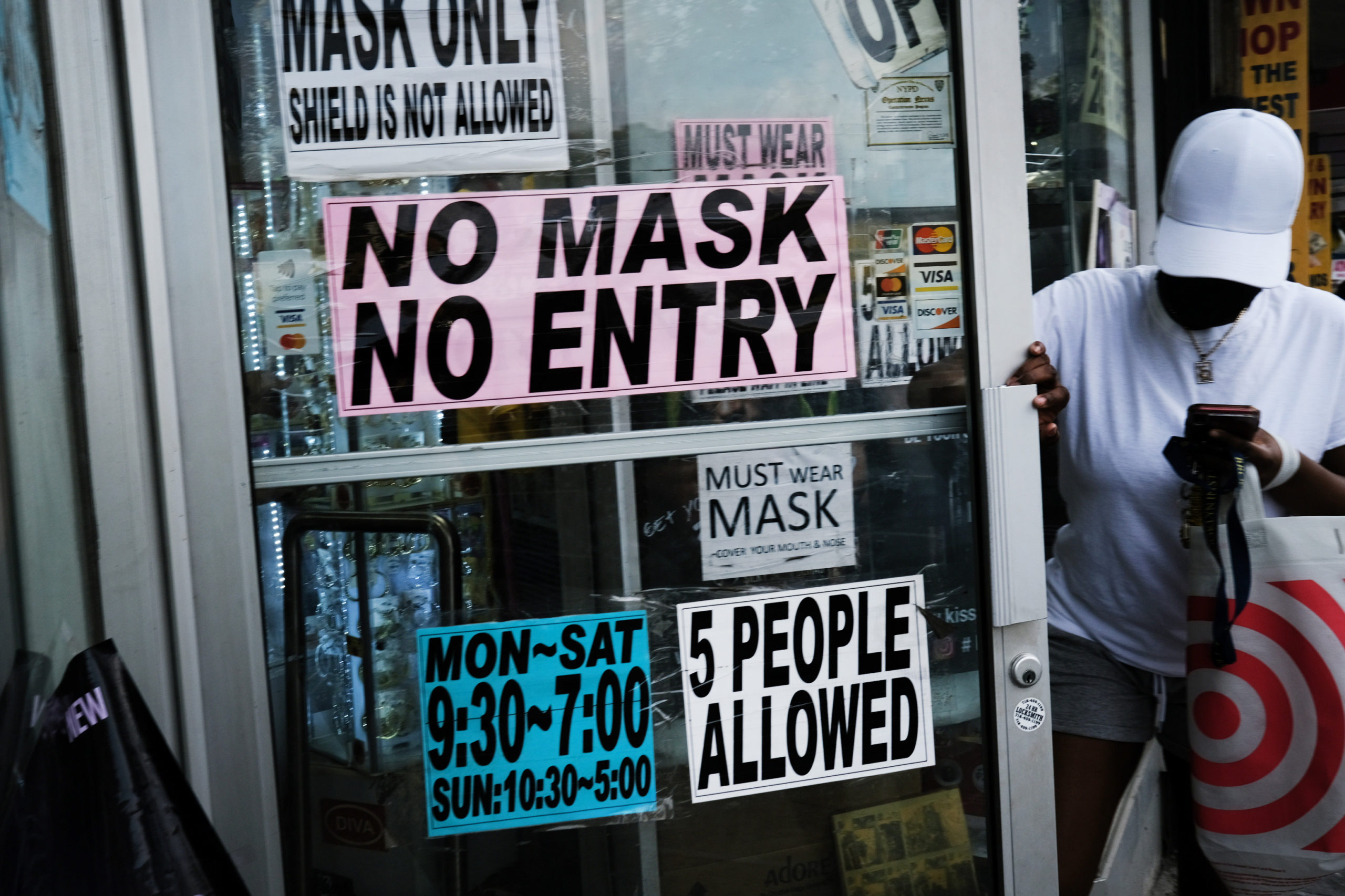 People walk out of a store requesting that people wear masks on July 26 in New York City. (Spencer Platt/Getty Images)

“We were slowly ramping up in anticipation of a robust third and fourth quarter,” Matthew Saravay, the president of New York City event production company Wizard Studios, told the WSJ. “You can drop the ‘ro’ part [in robust]. It seems like it is just a bust.”

The economy has improved over the last several months, but the number of employed Americans still remains significantly below the level reached before the pandemic, according to government data. The labor market is roughly 5.7 million jobs short of its pre-pandemic level of 152.5 employed Americans.

The labor shortage, or widespread difficulty for many businesses to find workers to fill positions, has also contributed to lower small business confidence, according to a recent National Federation of Independent Business survey. The number of job openings increased to 10.1 million in June, the Department of Labor reported.

“Small business owners are losing confidence in the strength of the economy and expect a slowdown in job creation,” NFIB Chief Economist Bill Dunkelberg said in a statement. “As owners look for qualified workers, they are also reporting that supply chain disruptions are having an impact on their businesses.”