Thursday’s suicide bombings outside the Kabul airport resulted in the third deadliest day suffered by U.S. military service members as a result of hostilities throughout the entire Afghanistan War, casualty figures reviewed by the Daily Caller News Foundation show.

At least 12 members of the U.S. military were killed and an additional 15 were injured as a result of the bombings, Pentagon officials said Thursday — a single-day death toll from hostile causes that has only been eclipsed twice during the 20-year conflict, figures from the website iCasualties show.

The single deadliest day for the U.S. military in the Afghanistan War came on Aug. 6, 2011, when insurgents shot down a Chinook CH-47 transport helicopter, killing 31 American troops, 17 of which were Navy SEALs. History.com described the event as the “costliest day in SEAL Team Six history.”

Operation Red Wings on June 28, 2005, marked the second deadliest day in the war when a Chinook MH-47 helicopter carrying eight Navy SEALs and eight Army Night Stalkers was shot down by a rocket-propelled grenade, killing all 16 service members. The helicopter had been sent to extract four Navy SEALs who were engaged in a firefight on the ground against the Taliban. Three of the SEALs were killed during the gunfight. Some 35 Taliban insurgents were killed during the operation, according to Special Ops Magazine. 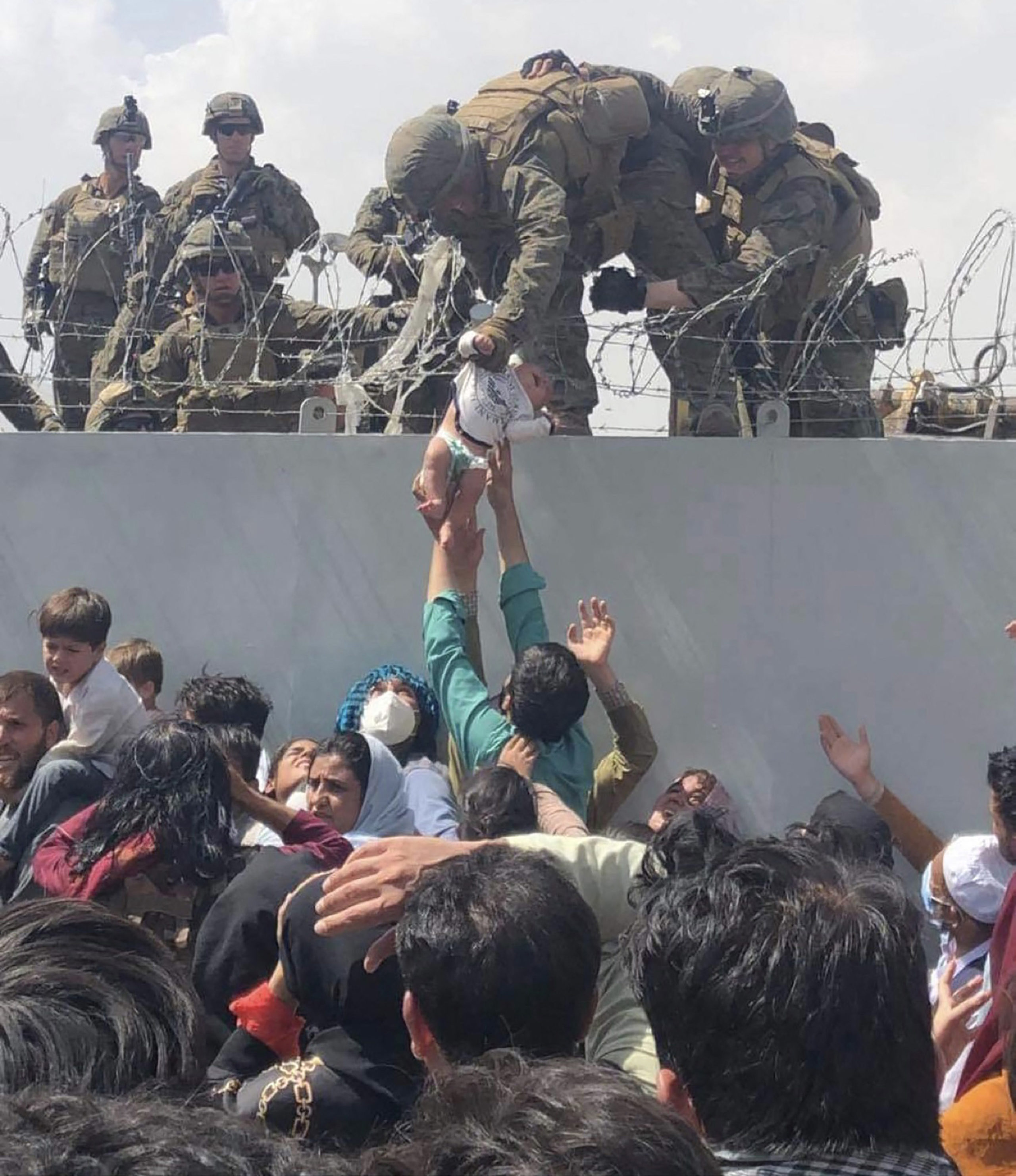 A US Marine grabs an infant over a fence of barbed wire during an evacuation at Hamid Karzai International Airport in Kabul on August 19, 2021. (Courtesy of Omar Haidiri/AFP via Getty Images)

Thursday’s suicide bombings outside the Kabul airport marks only the sixth time in the entire Afghanistan War that more than 10 U.S. military service members were killed in a single day as a result of hostile actions, according to iCasualies, a website that tracks casualty counts for the U.S. and its allies in Afghanistan and Iraq.

Officials said an ISIS affiliate is responsible for the attacks Thursday and that more attacks at the airport are expected. (RELATED: 12 US Troops Killed, 15 Injured In Kabul Attacks, Pentagon Confirms)