A 61-year-old man was killed while kite surfing in Florida when he crashed into a beachside home on Wednesday, Fox News reported.

Fire department officials said the Fort Lauderdale kite surfer was lifted into the air and carried over 400 feet as gusts of wind suddenly got more intense, Fox News reported. He eventually hit the second-floor wall of a beach house.

“He was attempting to kitesurf in the ocean … when strong winds came into the area unexpectedly, and he was not able to release from the kite in a timely manner,” said Battalion Chief Stephen Gollan, spokesman for Fort Lauderdale Fire Rescue, according to local station WVSN. “So we went from relatively calm conditions to extremely dangerous conditions in a short period of time.”

The victim, Fred Salter, was in critical condition when he was taken to the hospital and was eventually pronounced dead three hours later, the Sun-Sentinel reported. 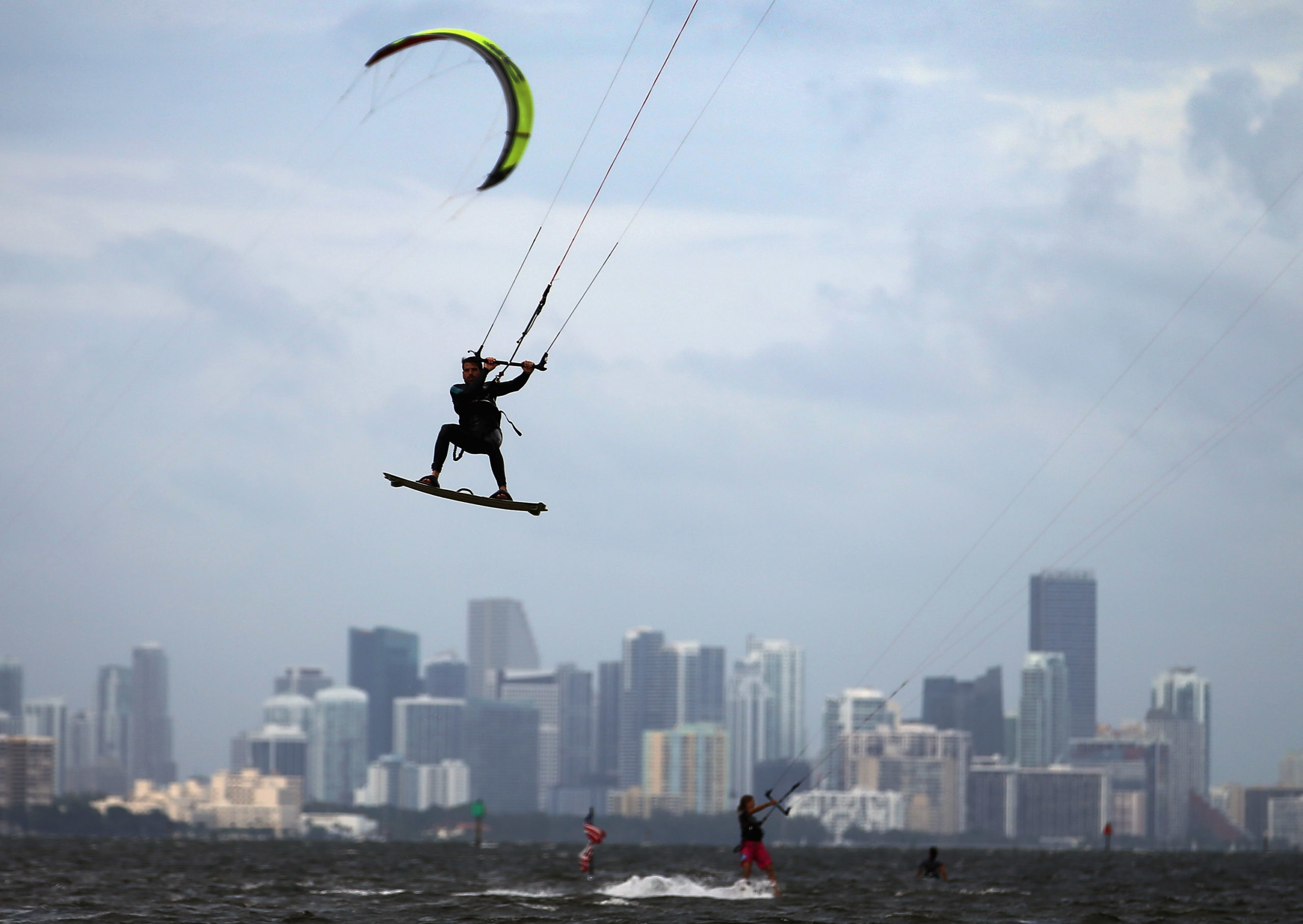 Santiago Porteiro takes advantage of the winds from the outerbands of Hurricane Sandy to kite surf on October 24, 2012 in Miami, Florida. (Photo by Joe Raedle/Getty Images)

Kite surfers are typically locked into a body harness and the kites most often come with a safety release that can quickly detach if surfers start to lose control or the wind intensifies, Fox News reported. Gollan said Salter was wearing a harness.

Veteran surfers said this would have “all but detached” Salter from the kite and wondered why he didn’t at least let go of the bar, the Sun-Sentinel reported. “Letting go of the bar solves 90 percent of problems,” Graham Goodwin, owner of Fort Lauderdale Kitesurfing, told the paper.

“He could be a little bit reckless at times,” Goodwin added. “But he was out there often. He was very experienced.” (RELATED: Totally Oblivious Fan Sets Off Gruesome Bike Crash During Tour De France)

Stalter was a grandfather who had survived cancer, his friends told WSVN.

“He loved what he did, and [he was] one of the nicest people I’ve ever met, and I’m just in shock right now,” friend Heather Hentges told WSVN. “I can’t believe it. I’m just so sad for him.”