The second TIME’S UP co-founder has resigned from her position following backlash over reports that she worked against former Democratic New York Gov. Andrew Cuomo’s accusers.

“Now is the time for Time’s Up to evolve and move forward as there is so much more work to do for women,” TIME’S UP co-founder Tina Tchen said in a statement, according to The Washington Post. “It is clear that I am not the leader who can accomplish that in this moment.”

“I am especially aware that my position at the helm of Time’s Up has become a painful and divisive focal point, where those very women and other activists who should be working together to fight for change are instead battling each other in harmful ways,” she added. (RELATED: Calls Grow For TIME’S UP CEO To Resign As More Evidence Emerges That She Worked Against Cuomo Accusers)

I am grateful for Times Up, and the time I’ve had. pic.twitter.com/sRlUZfXnYZ

TIME’S UP co-founder Roberta Kaplan previously resigned Aug. 9 after investigators found she aided the Cuomo administration in discrediting his accusers, according to a report by the New York attorney general’s office. Tchen was also implicated in the report but vigorously denied any involvement in discrediting the women accusing the governor.

A Wednesday evening report from the Post, however, found that Tchen told colleagues not to back Cuomo accuser Lindsey Boylan and pressured top Cuomo aide Melissa DeRosa to personally oversee an investigation into the “workplace culture” at the governor’s office.

DeRosa briefed Kaplan about a Cuomo statement in response to Boylan’s allegations, two people familiar with the conversations told the Post, and Kaplan shared that statement with Tchen. Text messages from Dec. 15 obtained by the Post show that Tchen then told her colleagues to “stand down” and not release a statement supporting Boylan’s allegations. 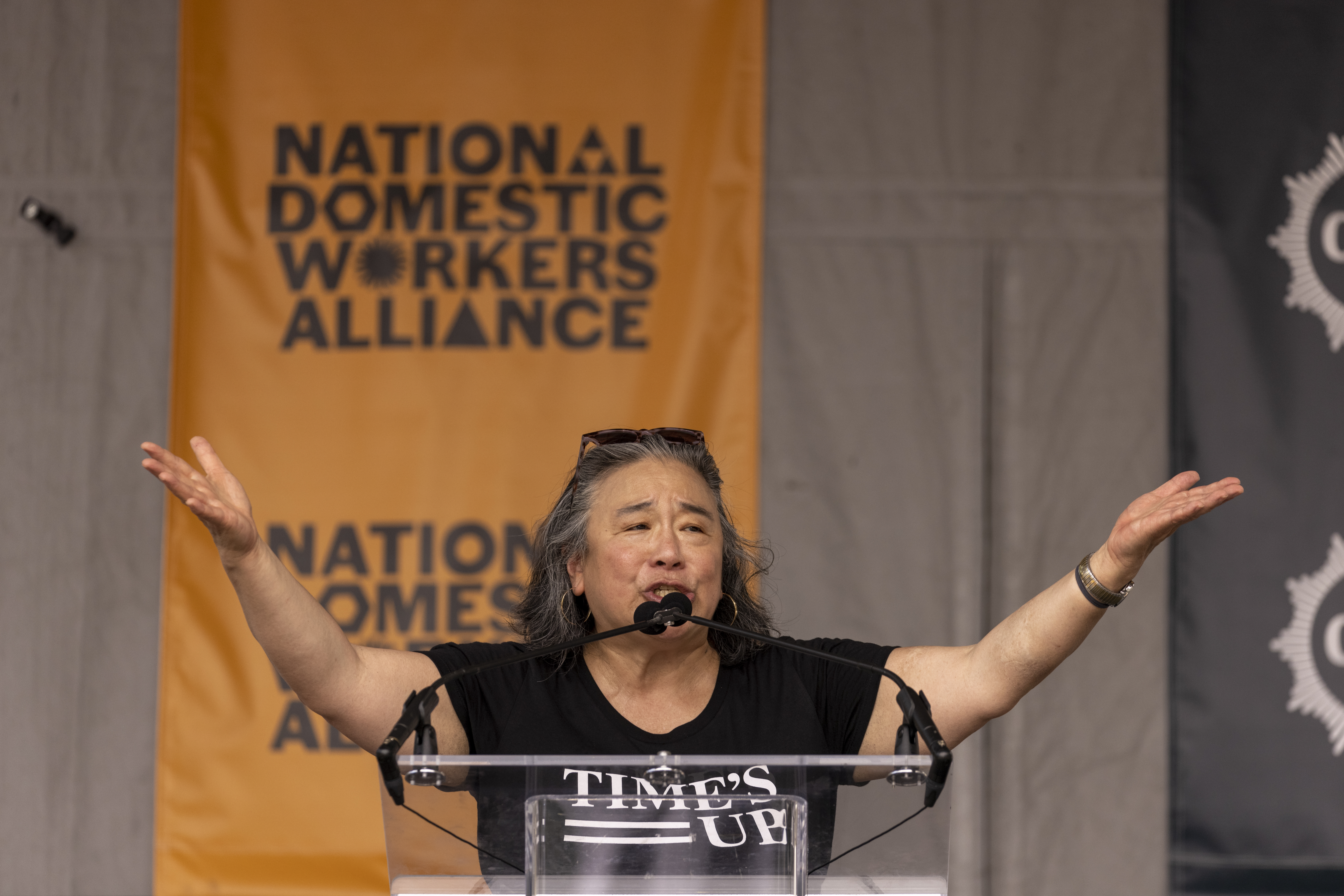 WASHINGTON, DC – JULY 13: Tina Tchen, speaks at Freedom Plaza on July 13, 2021 in Washington, DC. Thousands of care workers marched from the National Mall near the US Capitol, down to Freedom Plaza to rally for workers’ rights and fair pay. (Photo by Tasos Katopodis/Getty Images for Care Can’t Wait)

The Post report also detailed how TIME’S UP staff discussed issuing a standard statement that supported Boylan’s right to be heard after Fox News reached out to the organization on Dec. 15 about the allegations against Cuomo. Both Tchen and board member Hilary Rosen, who is vice chair of communications at consulting firm SKDK, argued that TIME’S UP should not respond in a statement.

“On the events from December 2020, we have a policy of not commenting on self-reported statements. We did discuss deviating from that policy, given a request for comment from Fox News,” Tchen told the Post on Wednesday evening. “We also suggested that the Governor’s office respond by doing a review of their workplace culture.”

“Ultimately, we decided not to comment given our policy, but in so doing did not intend to silence Ms. Boylan or any survivor,” she said. “I deeply regret that survivors, who have already endured a great deal, feel let down and betrayed. That was not my intention.”