The number of Americans filing new unemployment claims increased to 353,000 last week as the economy continues its recovery from the coronavirus pandemic.

The Bureau of Labor Statistics figure released Thursday presents a slight increase in the number of new jobless claims compared to the week ending Aug. 14, when 349,000 new jobless claims were reported. The Aug. 7 to Aug. 14 figure was revised from the 348,000 jobless claims initially reported last week.

“Now you will see if the labor market can walk on its own,” he continued, noting that federal pandemic-related unemployment benefits are set to expire in the coming weeks, according to the WSJ. “It is still a very mixed picture.” 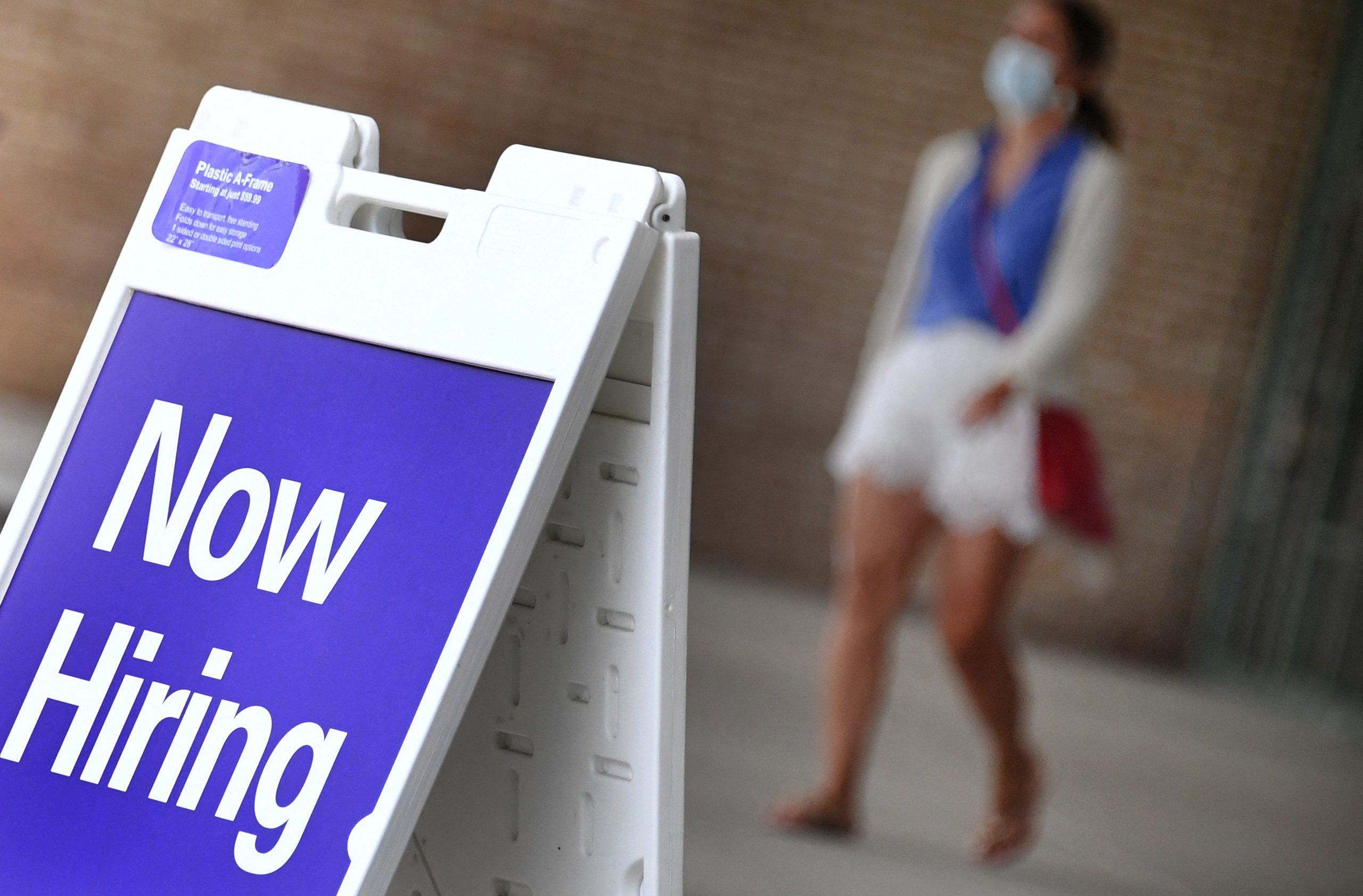 Pedestrians walk by a “Now Hiring” sign outside a store in Arlington, Virginia on Aug. 16. (Olivier Douliery/AFP via Getty Images)

“When I became President, it was clear that we had to confront an immediate economic crisis — the most significant recession we’ve had since the Depression, or at least since Johnson,” President Joe Biden said during remarks at the White House on Tuesday.

“Economic growth is up to the fastest it’s been — the fastest rate in 40 years,” he continued. “And unemployment is coming down.”

The economy added nearly one million jobs in July, the second consecutive month with more than 900,000 jobs added, Department of Labor data showed. More than 4 million jobs have been added in the six months since Biden took office.

Biden credited the $1.9 trillion American Rescue Plan he signed into law in March and pushed for a large infrastructure package to grow the economy. The economy, however, has somewhat recovered — with 3.2 million jobs added in the six months before the president was sworn in – and the number of employed Americans remaining more than five million below the pre-pandemic level recorded in February 2020, according to government data.

In addition, an index measuring small business owners’ confidence in the economy fell in consecutive months due to a worsening labor shortage and prevalence of the delta variant coronavirus. Inflation also continues to climb, drivenby high food and gasoline prices.

Half of Americans approve of Biden’s handling of the pandemic and just 39% approve of his economic policies, according to recent USA Today polling.