At least 30 Afghan children have arrived in the U.S. alone as refugees and were taken to federal shelters where officials hold unaccompanied migrant minors, CBS News reported Friday.

The Afghan children left the country without their parents as Taliban insurgents seized the capital city of Kabul, CBS News reported. They arrived in the U.S. where they were taken to Department of Health and Human Services (HHS) shelters, agency officials reportedly told CBS News.

Some of the Afghan children were reunited with family members who were evacuated to the U.S. at another time, according to CBS News. Others were deemed “unaccompanied alien children” under U.S. laws since they came with adult relatives who weren’t their parents. 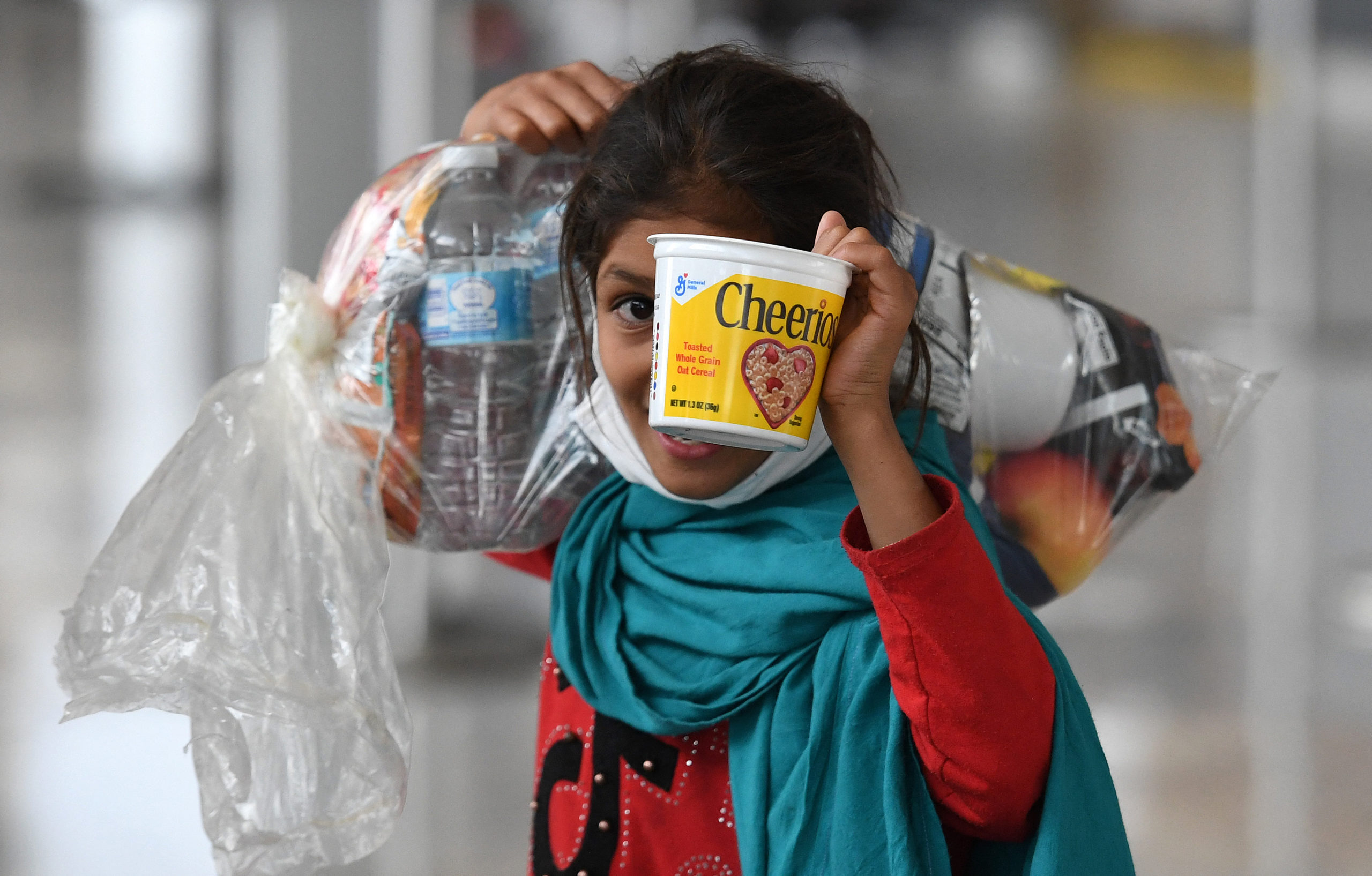 Afghan refugees arrive at Dulles International Airport on August 27, 2021 in Dulles, Virginia, after being evacuated from Kabul following the Taliban takeover of Afghanistan. (Photo by OLIVIER DOULIERY/AFP via Getty Images)

Other Afghan children arrived in America without any family members to meet them, so they will remain in HHS custody as federal officials work to match them with sponsors or until they turn 18, according to CBS News. The process is the same for any unaccompanied migrant minors who illegally enter the U.S.

“We are working to ensure that Unaccompanied Afghan Minors who are referred to the Office of Refugee and Resettlement (ORR) for processing, unification, or placement are placed with licensed care providers that are able to provide culturally and linguistically appropriate services,” HHS said in a statement, CBS News reported. (RELATED: ‘Trash, Urine, Fecal Matter’: Leaked Email Says Afghan Refugee Living Conditions Are ‘A Living Hell’)

The number of unaccompanied Afghan children is expected to increase as more refugees reach the U.S, according to CBS News. Officials have asked shelters to prepare for more arrivals.

A majority of the kids currently detained at HHS facilities are Central American minors who illegally entered the U.S. at the southern border, according to CBS News. Nearly 15,000 children were in HHS custody as of Wednesday, according to the agency.

The conditions in some HHS facilities responsible for housing unaccompanied children were allegedly “filthy” and generally overcrowded and unsafe, the Daily Caller News Foundation reported. At the HHS emergency intake site at Fort Bliss, near El Paso, Texas, federal employees allegedly interacted with unaccompanied migrant minors in an inappropriate manner.

Other children at the facility said they didn’t have access to showers, clean clothes or medical care, the DCNF reported. Some migrant kids were placed on suicide watch while others were given “bloody and raw” chicken and spoiled bread, according to the DCNF.

It’s unclear which HHS facilities Afghan refugees will stay at or if they’ll be held in the same conditions as migrant children.

HHS did not respond to the DCNF’s request for comment.