Rep. Peter Meijer, one of two lawmakers who flew to Kabul Tuesday and saw the very gate where 13 Americans and scores of Afghans would later lose their lives, described how the U.S. now finds itself reliant on the Taliban as it tries to extract thousands of people amid constant terror threats.

“The aggravating, infuriating reality is that the position we’re in right now, we do not have a choice,” Meijer told the Daily Caller News Foundation in a phone interview Friday. “I wish that weren’t the case … [but] the shocking reality is that with Taliban security cooperation we have been able to get a large number of folks through.”

Meijer, a freshman Republican from Michigan, quietly flew to Kabul alongside Rep. Seth Moulton, a Democrat from Massachusetts. While their trip came under scrutiny from congressional leadership in both parties and the Biden administration, Meijer defended the trip and said that he and Moulton had traveled in a fashion that required no military or diplomatic resources.

Both he and Moulton are veterans who served in Afghanistan, and Meijer sounded audibly frustrated, if not enraged, as he described to the DCNF the chaos unfolding and how Americans had little choice but to be caught in it if they wanted to leave.

“[Their passage] has not been without cases of American citizens being beaten, that is not without cases of people getting turned away, but the alternative is one in which we return to open conflict with the Taliban, and if that happens our forces at the airport will suffer tremendous casualties,” he said. “Right now it’s messy and imperfect, but there are still opportunities to get people through. 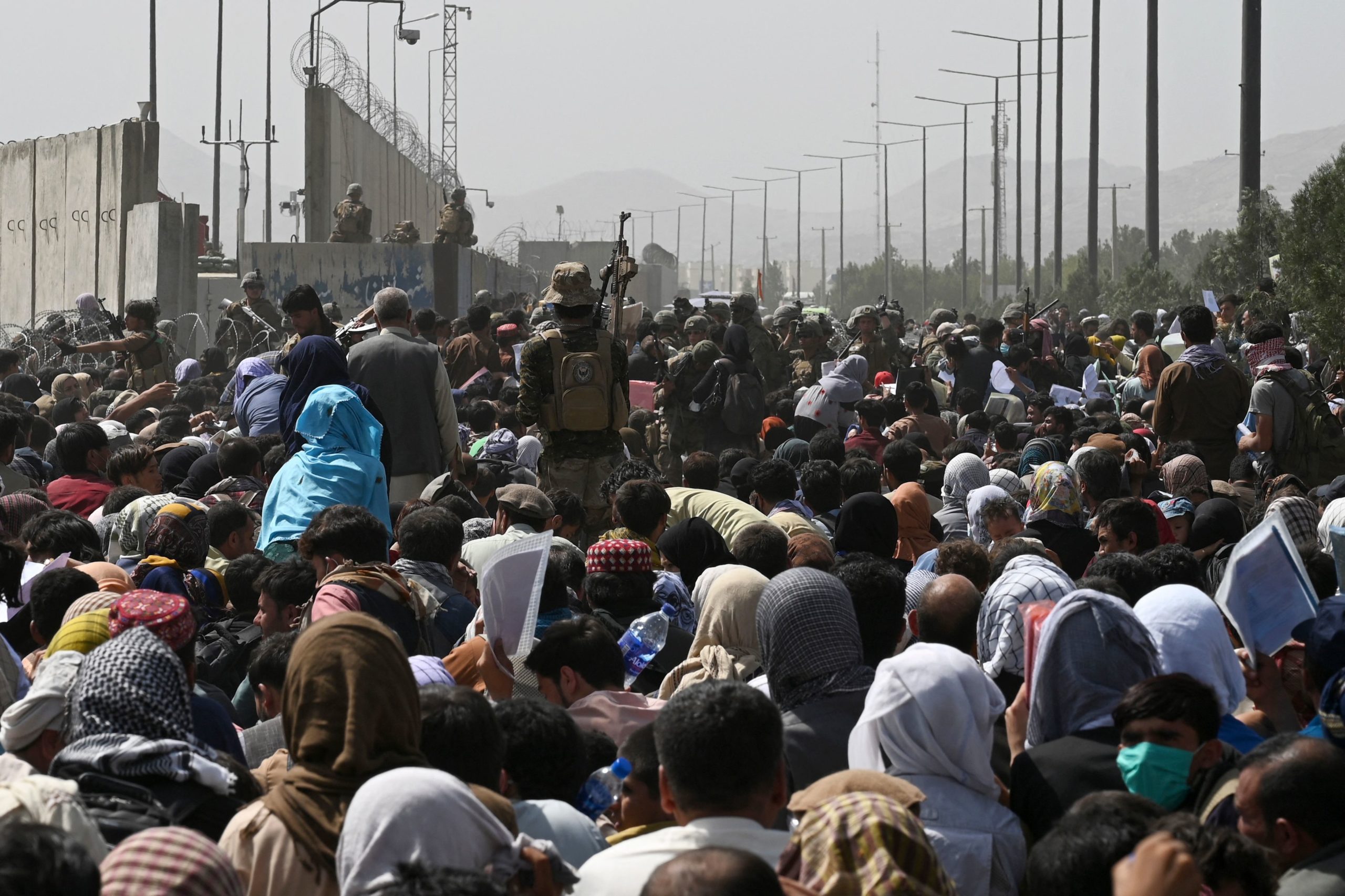 Afghans gather near the military part of the airport in Kabul on August 20. U.S. troops are seen in the background. (WAKIL KOHSAR/AFP via Getty Images)

Even with cooperation from the Taliban thus far, the U.S. faces an impossible task of extracting the hundreds of Americans and thousands of Afghans it has pledged to before its Aug. 31 deadline. As a result, those left behind will almost certainly be dependent on the terrorist organization’s willingness to cooperate with the U.S. going forward.

The unworkable situation proved enough for Meijer to realize that abiding by the deadline was crucial, despite those left behind and the extreme risk they will face.

Additionally, cooperation between the two long-time enemies must continue as the Taliban tries to maintain its own grip over Afghanistan and as imminent terror threats grow. And the attack Thursday, orchestrated by the rival terrorist group ISIS-K that killed American service members and some 170 Afghans right outside Hamid Karzai International Airport, is the clearest indication yet that cooperation from the Taliban is far from an assurance that no more lives will be lost.

“To get the rest of our people out, we will most likely need to continue working with the Taliban,” Meijer said. “We could spurn that, we could burn that bridge and consign more of our allies to die. There is nobody on the ground who wishes this was not the case.”

“What this means for the long term… I don’t think we know right now,” Meijer said. “But I think the next 20 years of Afghanistan and its future will be decided in the next 20 days.”

In Washington, however, Meijer was far more certain as to what he thinks should happen.

“There are broad failures where we owe it to the American people, we owe it to our men and women of our armed forces to learn the right lessons from,” he said. “How was this withdrawal so incompetently mismanaged that we found ourselves in this impossible position?”

While Meijer called for a “full accounting” of what led the withdrawal to go so poorly and hoped that those responsible in both the Biden administration and the armed forces recognized their need to resign, he urged Congress and Americans alike to look back at the entirety of the war – from its lack of a concrete objective to the faulty assessments and rhetoric that fueled it.

The changing mission, Meijer said, was critical to the U.S.’ continued involvement there. Changing the mission from counterterrorism to nation building to economic development to countering narcotics, he asserted, made it all the more easier to keep troops there far longer than was in the nation’s interest.

“Every year for the past 20 years you could ask a general ‘what is our mission in Afghanistan?’ and you’d probably get a different answer,” Meijer said. “It’s a large part of the reason why the war lasted for so long and why it ended the way it did.” 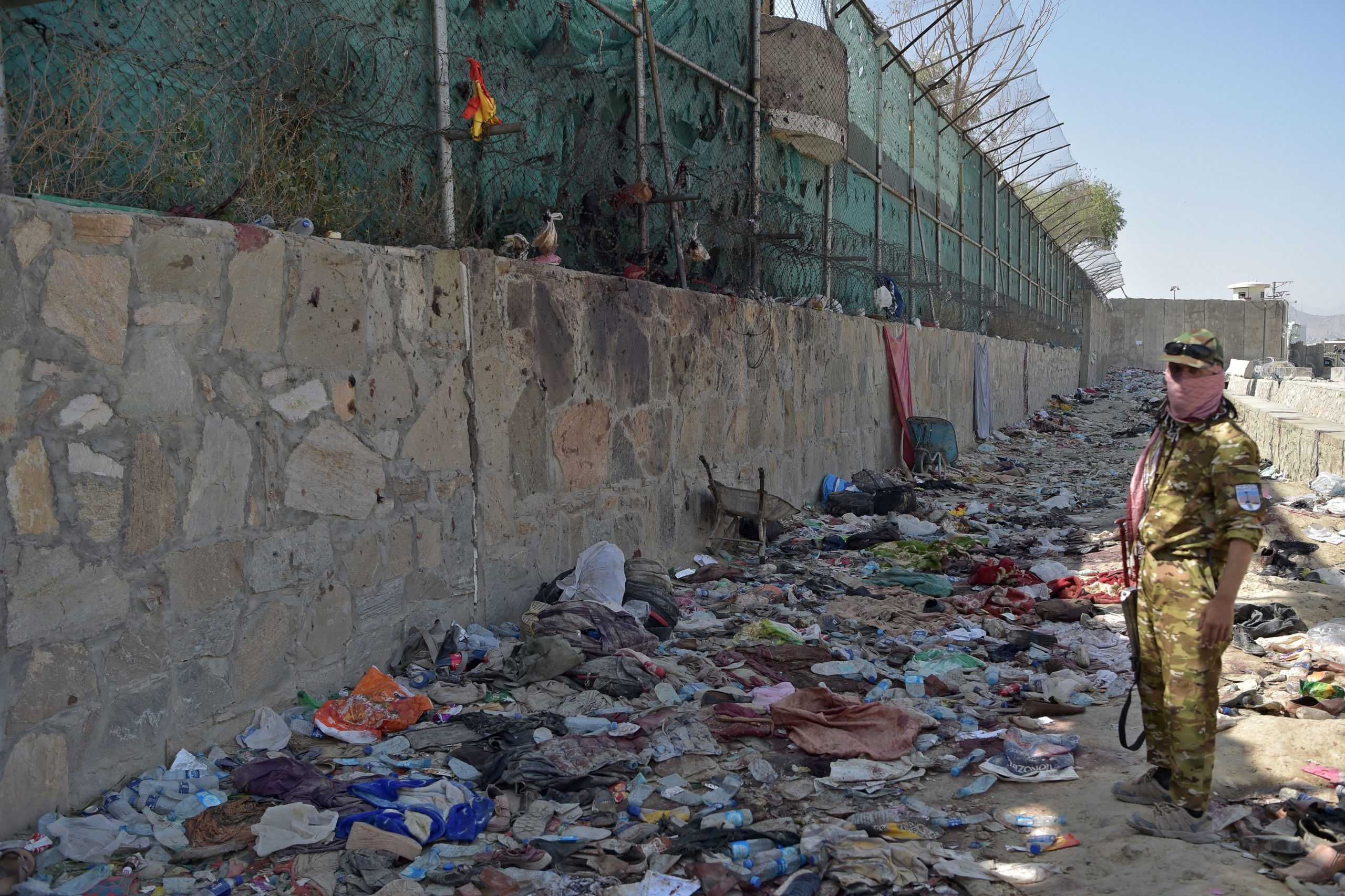 He also viewed the overseas catastrophe as the clearest reason yet for Congress reasserting its war-making power over the executive branch. “Imagine how different this would have played out if every two years members of Congress would have to decide for themselves whether to approve continuing to send American men and women into harm’s way. Imagine if they had to make half that difficult vote.”

“What would be in the hands of the Taliban today if every single arms sale had to be justified and approved to get the consent of a majority in the House and Senate?” Meijer added.

While Meijer agreed that the war in Afghanistan in its entirety was a bipartisan failure in the hands of both the legislative and executive branches, he like countless Republicans and many Democrats, laid the withdrawal’s execution squarely in the hands of President Joe Biden and his administration.

“We should have never been in this position to begin with,” Meijer said. “I am appalled and outraged at the mismanagement of the withdrawal that the Biden administration has affected.”

But Meijer, unlike some of his Republican colleagues who pounced on the withdrawal to call on Biden to resign or face impeachment, declined to go that far.

“If articles are brought forward, I will study them and cast a determination,” Meijer said. “I am operating from a place of pure emotional anger, and so I don’t want to get ahead of our facts on the ground.”

“But let me be very clear,” he continued. “We need unsparing accountability in this.”