The U.S. issued a reprisal strike Friday against ISIS-K after a suicide bomber killed 13 U.S. service members and at least 170 others in Kabul, Afghanistan.

ISIS-K took responsibility for Thursday’s bombing, which occurred at the gates of the Kabul airport amid a mass evacuation from the country. At least 200 others are reportedly wounded from the bombing, according to The New York Times (NYT).

President Joe Biden vowed revenge after the attack, promising to “hunt” down whoever was responsible. One day later, Central Command spokesperson Capt. Bill Urban announced “an over-the-horizon counterterrorism operation” against “an ISIS-K planner.” The reprisal strike is believed to have “killed the target,” Urban said.

“US military forces conducted an over-the-horizon counterterrorism operation today against an ISIS-K planner. The unmanned airstrike occurred in the Nangahar Province of Afghanistan. Initial indications are that we killed the target. We know of no civilian casualties,” Urban said in a statement. 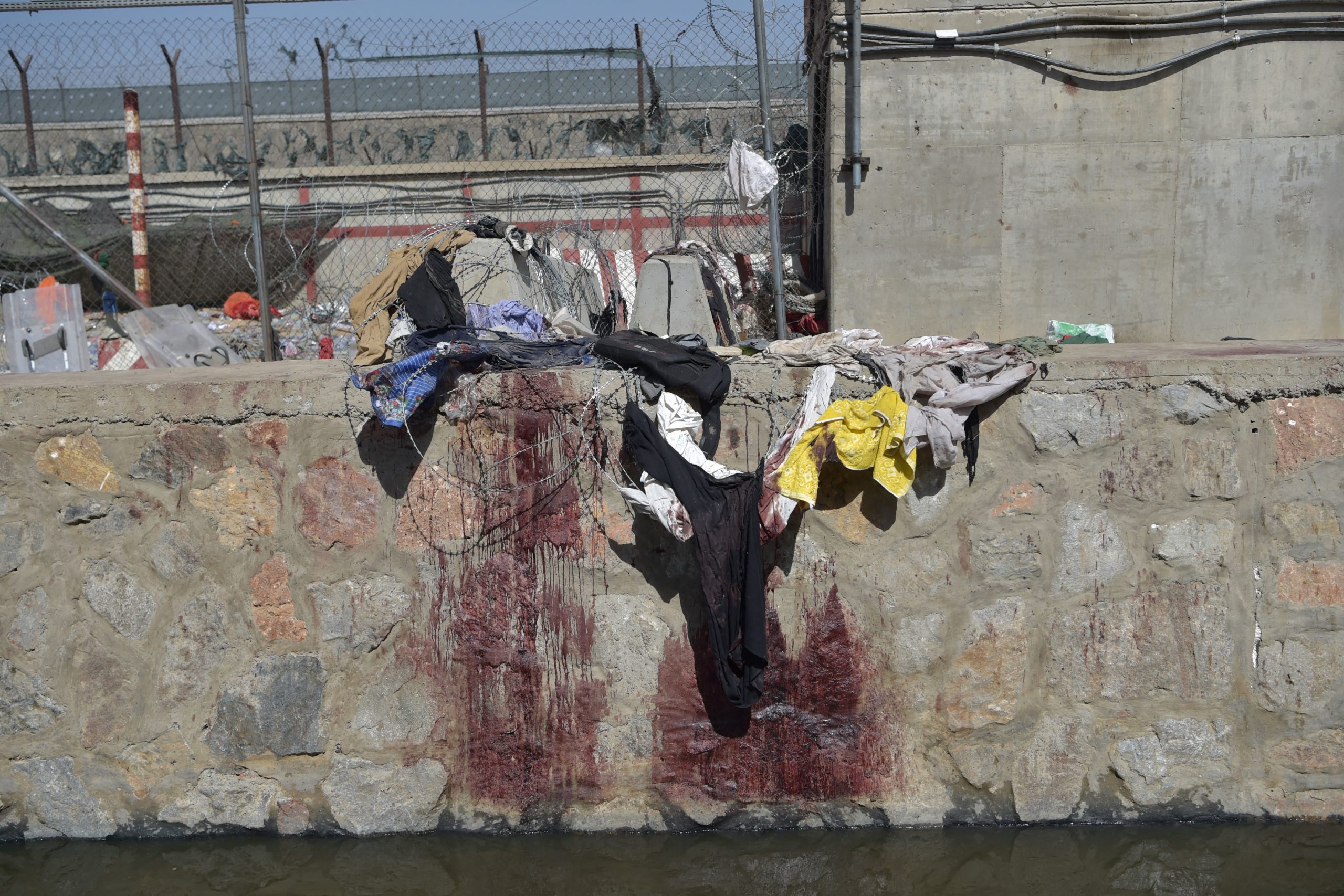 Clothes and blood stains of Afghan people who were waiting to be evacuated are seen at the site of the August 26 twin suicide bombs, which killed scores of people including 13 US troops, at Kabul airport on August 27, 2021. (Photo by WAKIL KOHSAR / AFP) (Photo by WAKIL KOHSAR/AFP via Getty Images)

As the U.S. winds down its presence in Afghanistan, officials have said another attack is expected. The U.S. Embassy in Afghanistan issued a warning Friday that U.S. citizens at four different airport gates “should leave immediately.” The embassy has issued similar warnings in the past.

White House press secretary Jen Psaki told reporters Friday that “the threat is ongoing” and “active,” adding that “troops are still in danger.” The administration has decided to keep with its Aug. 31 withdrawal deadline, despite a push from G7 leaders to remain in the region longer for evacuation purposes.

“I think he made clear that he does not want them to live on the earth anymore,” Psaki said Friday when asked what the president meant by his warning against the terrorists responsible.

The president was given an update on “plans to develop ISIS-K targets” during a Friday morning meeting with his national security team, commanders and diplomats in the field, according to Psaki.

“They advised the President and Vice President that another terror attack in Kabul is likely, but that they are taking maximum force protection measures at the Kabul Airport,” Psaki said. “Our commanders also updated the President and Vice President on plans to develop ISIS-K targets. The next few days of this mission will be the most dangerous period to date. The President reaffirmed with the commanders his approval of all authorities they need to conduct the operation and protect our troops, and all reported back that they have the resources they believe they need to do so effectively.”

Evacuations continued even amid Thursday’s deadly attack. A White House official announced Friday that roughly 12,500 people were evacuated from Kabul from August 26 at 3:00 am to August 27 at 3:00 am. The administration has re-located approximately 110,600 people since the end of July.

Swarms of people returned to the airport Friday after the attack, still desperately trying to be evacuated by the U.S. before the Aug. 31 deadline, according to NYT. The U.S. military and the Taliban tried to maintain order in the area surrounding the airport, where just a day earlier chaos ensued following the bombing.

Still, the crowd of people appeared smaller than in previous days. The NYT reported “hundreds” of individuals waiting to be evacuated outside the airport as opposed to the usual “thousands.” After the attack, the airport “appeared to be largely, if not entirely, locked down,” according to the NYT, which noted that Taliban guards told a reporter at two gates that the entrances were closed and people could not get closer to the airport.