The Biden’s will first meet with the families of the fallen service members and plan to spend several hours at Dover Air Force Base. This is Biden’s first dignified transfer as president, though he attended at least one during his time as vice president.

A suicide bomber killed 13 U.S. service members and injured more than a dozen others outside the Kabul airport on Thursday, as swarms of people waited in the hopes of evacuation from the Taliban-led country. At least 169 Afghans died in the attack as well, according to reports. ISIS-K claimed responsibility in the hours following.

Some of the service members who died were just babies when the invasion in Afghanistan began. Others had not yet even been born. Biden called them “heroes” after the attack and vowed revenge for those responsible. They’re returning to the U.S. in a flag-draped “transfer case.” 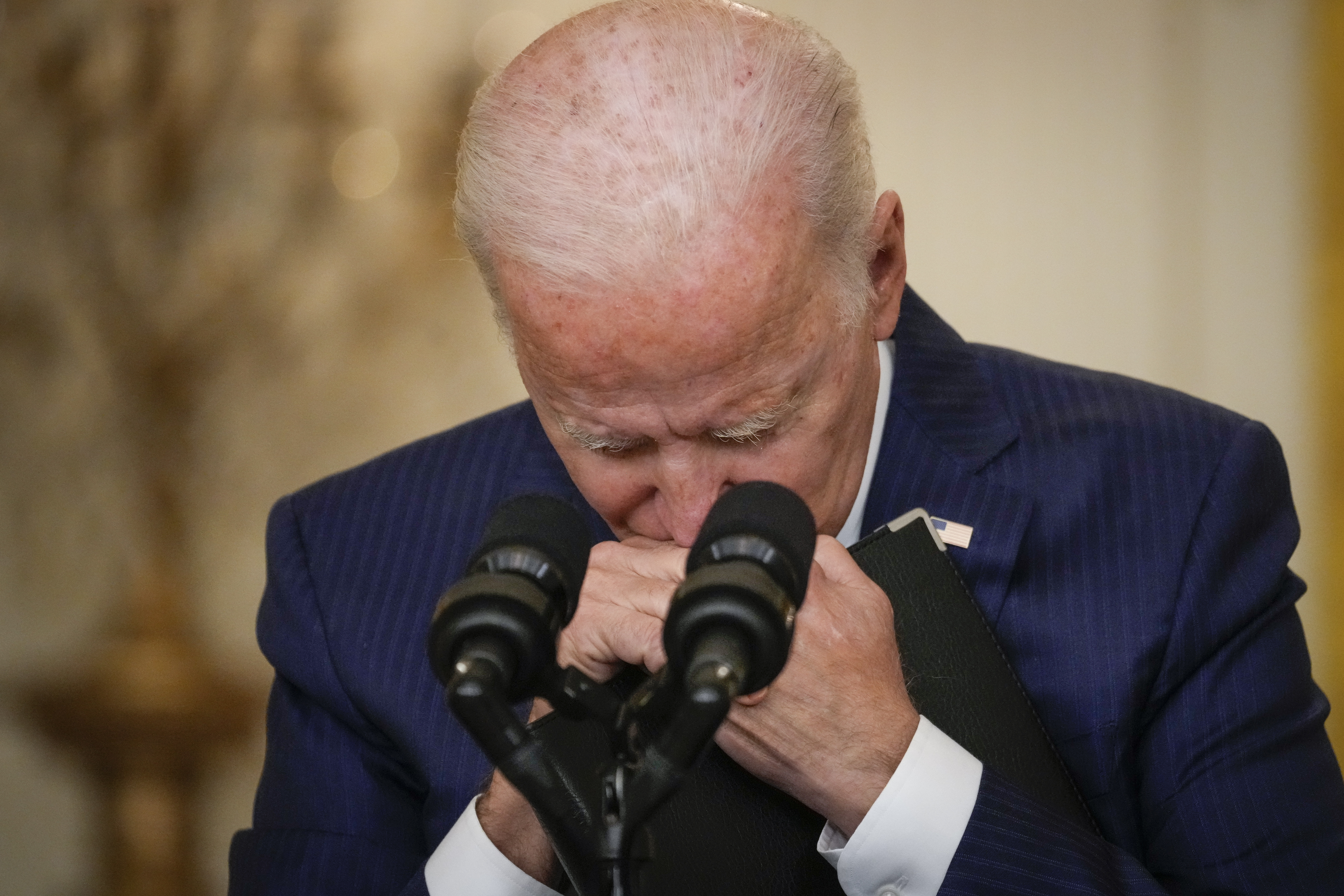 WASHINGTON, DC – AUGUST 26: U.S. President Joe Biden pauses while listening to a question from a reporter about the situation in Afghanistan in the East Room of the White House on August 26, 2021 in Washington, DC. (Drew Angerer/Getty Images)

The Pentagon announced a successful airstrike against an “ISIS-K planner” just one day later.

“The airstrike occurred in the Nangarhar province of Afghanistan. I can confirm, as more information has come in, that two high profile ISIS targets were killed and one was wounded. And we know of zero civilian casualties,” Army Maj. General William “Hank” Taylor said Saturday.

A dignified transfer is a “solemn movement of the transfer case by a carry team composed of military personnel from the fallen member’s respective service,” according to the Air Force Mortuary Affairs Operations. All of the U.S. service members that died from the attack were between the ages of 20 and 31.

Their names are listed below: