Christopher Tremoglie Contributor
August 30, 2021 11:48 PM ET
Font Size:
Hurricane Ida caused a path of destruction as it pummeled the Gulf Coast and left over a million people without power.
The storm left a wake of carnage across Louisiana and Mississippi as it battered the areas with rain and strong winds. Ida is the fifth-strongest hurricane to ever hit the U.S., The Associated Press reported. 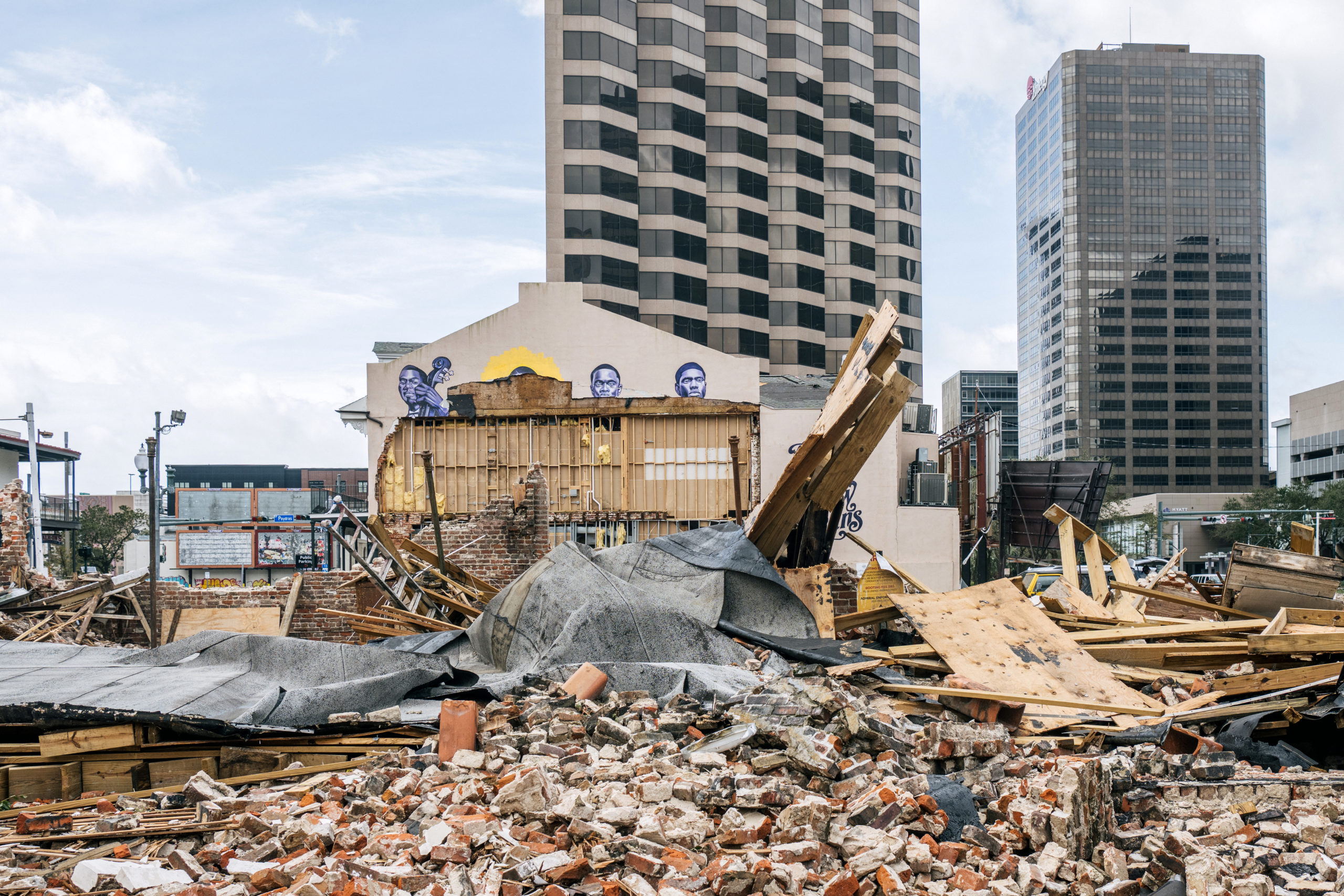 NEW ORLEANS, LOUISIANA – AUGUST 30: A building was destroyed after Hurricane Ida passed through on August 30, 2021 in New Orleans, Louisiana. Ida made landfall as a Category 4 hurricane on August 29 in Louisiana and brought flooding and wind damage along the Gulf Coast. (Photo by Brandon Bell/Getty Images)

Since hitting land on Sunday, Ida has ravaged Mississippi, Louisiana, Alabama and Florida with high winds, heavy rain and the threat of tornadoes, according to NPR.

If you have evacuated out of #NOLA, we request that you DO NOT RETURN until further notice. There is widespread debris, power remains out, and emergency services are working to respond to those still in the city. We will let you know when it is safe to come home. #Ida pic.twitter.com/r6rSzGxLX0

Reports revealed over one million people in the Gulf region without power. Winds were up to 150 miles per hour according to the National Hurricane Center. 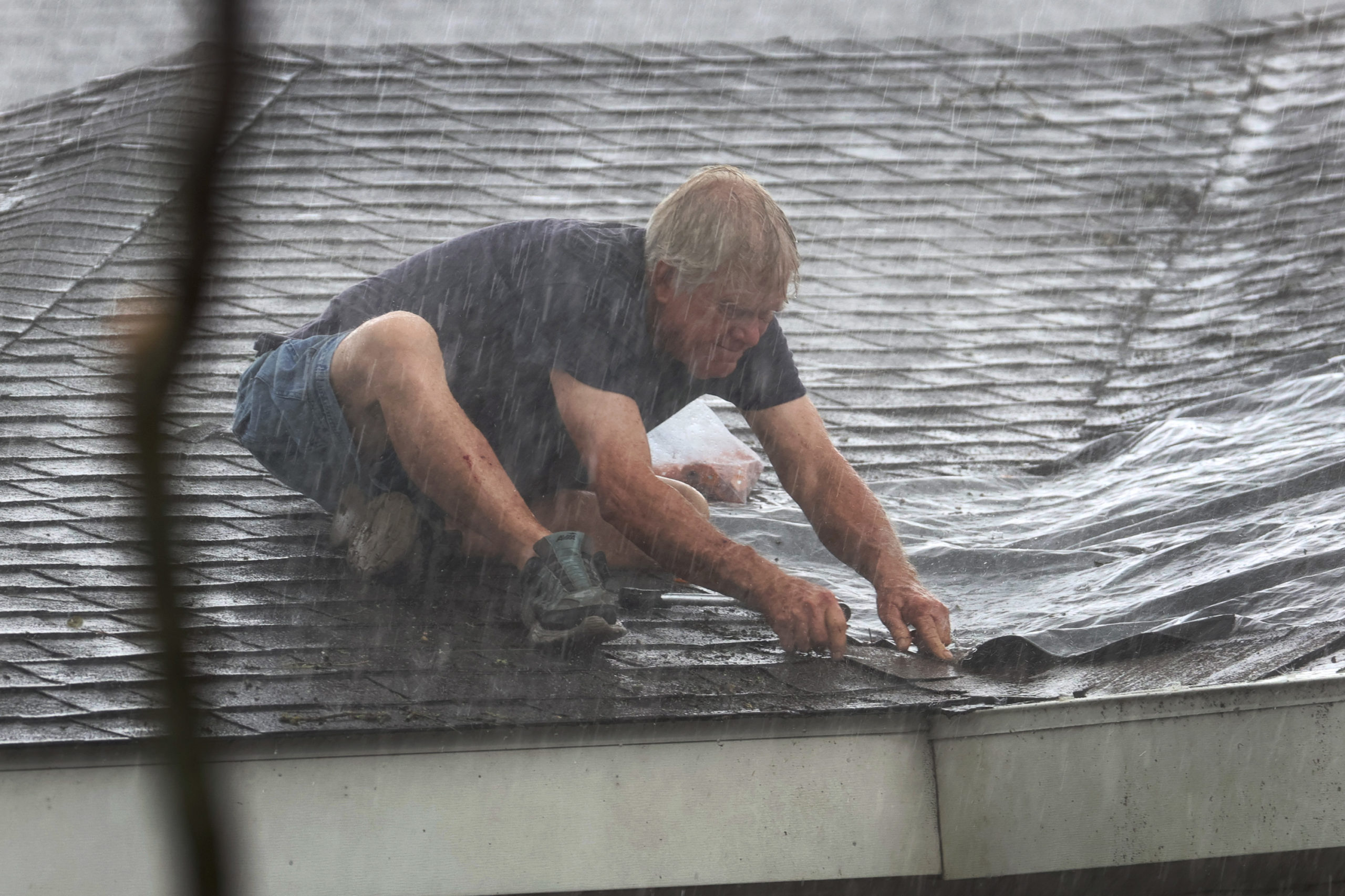 LAPLACE, LOUISIANA – AUGUST 30: A man tries to secure a tarp to his roof damaged by Hurricane Ida as rain begins to fall on August 30, 2021 in Laplace, Louisiana. Ida made landfall August 29, as a category 4 storm southwest of New Orleans. (Photo by Scott Olson/Getty Images)

Ida also hit New Orleans. Over a million homes and businesses are left without power, CNN reported. However, officials stated the city was better prepared for this hurricane than the infamous Hurricane Katrina in 2005, according to NPR. (RELATED: Cajun Navy Volunteers Stage Rescue Operation After Hurricane Ida Leaves Millions Trapped)

President Joe Biden issued a state of emergency on Friday in preparation for the storm. 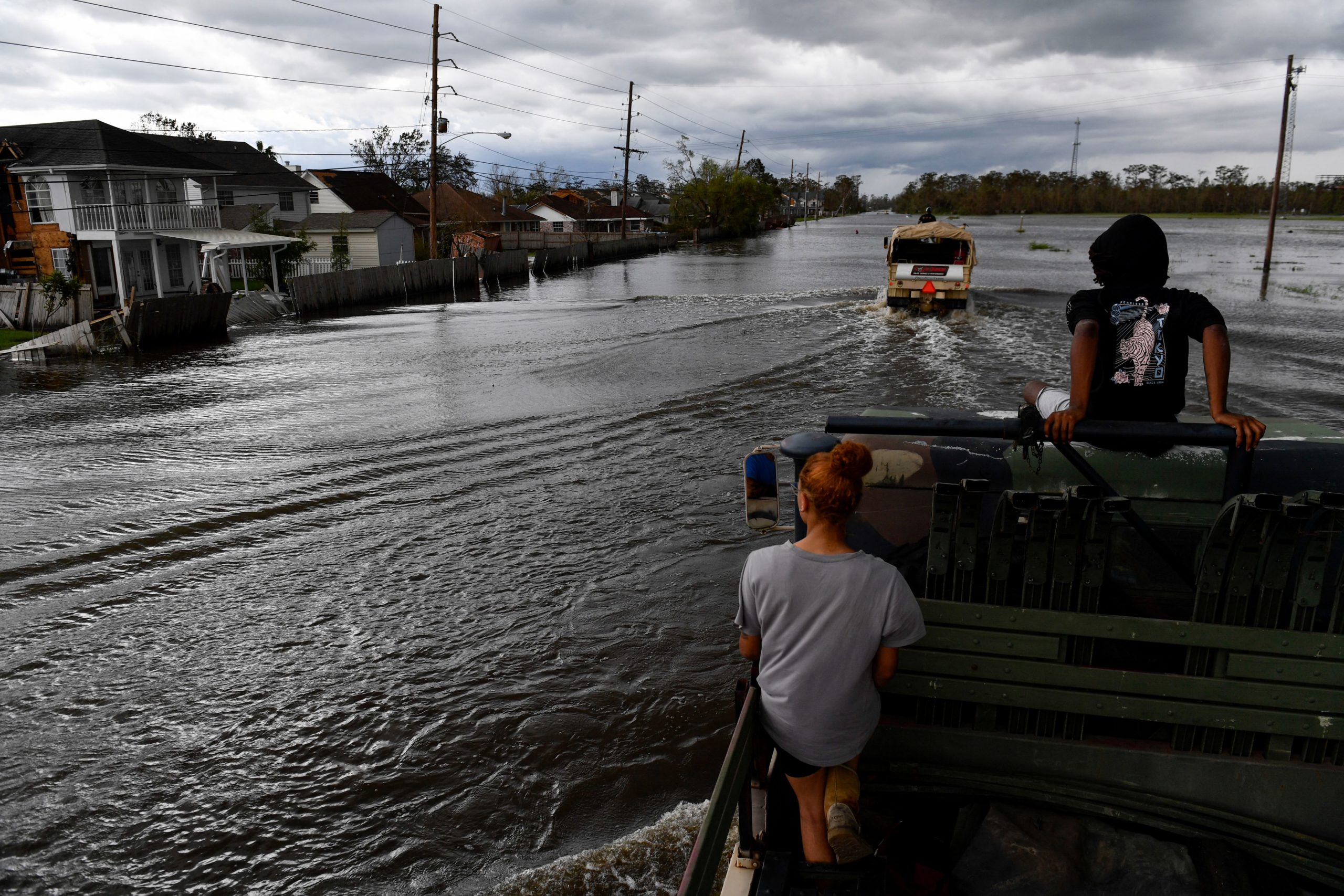 Catera Whitson (C) and Kyler Melancon (R) ride in the back of a high water truck as they volunteer to help evacuate people from homes after neighborhoods flooded in LaPlace, Louisiana on August 30, 2021 in the aftermath of Hurricane Ida (Photo by PATRICK T. FALLON/AFP via Getty Images)

The levees and floodwalls that protect New Orleans held up against Hurricane Ida’s fury, officials say. It was the toughest test since the federal government spent billions to upgrade a system that catastrophically failed during Katrina 16 years ago. https://t.co/kqW9fF0bSv

Ida has since been downgraded to a tropical storm with winds as high as 35 miles per hour. It is projected to travel northwards to the Mid-South, then pivot and head towards the Mid-Atlantic and the Northeast during its trajectory, Fox News reported. The storm is still expected to cause flooding, strong winds and tornado warnings even though it has been downgraded. 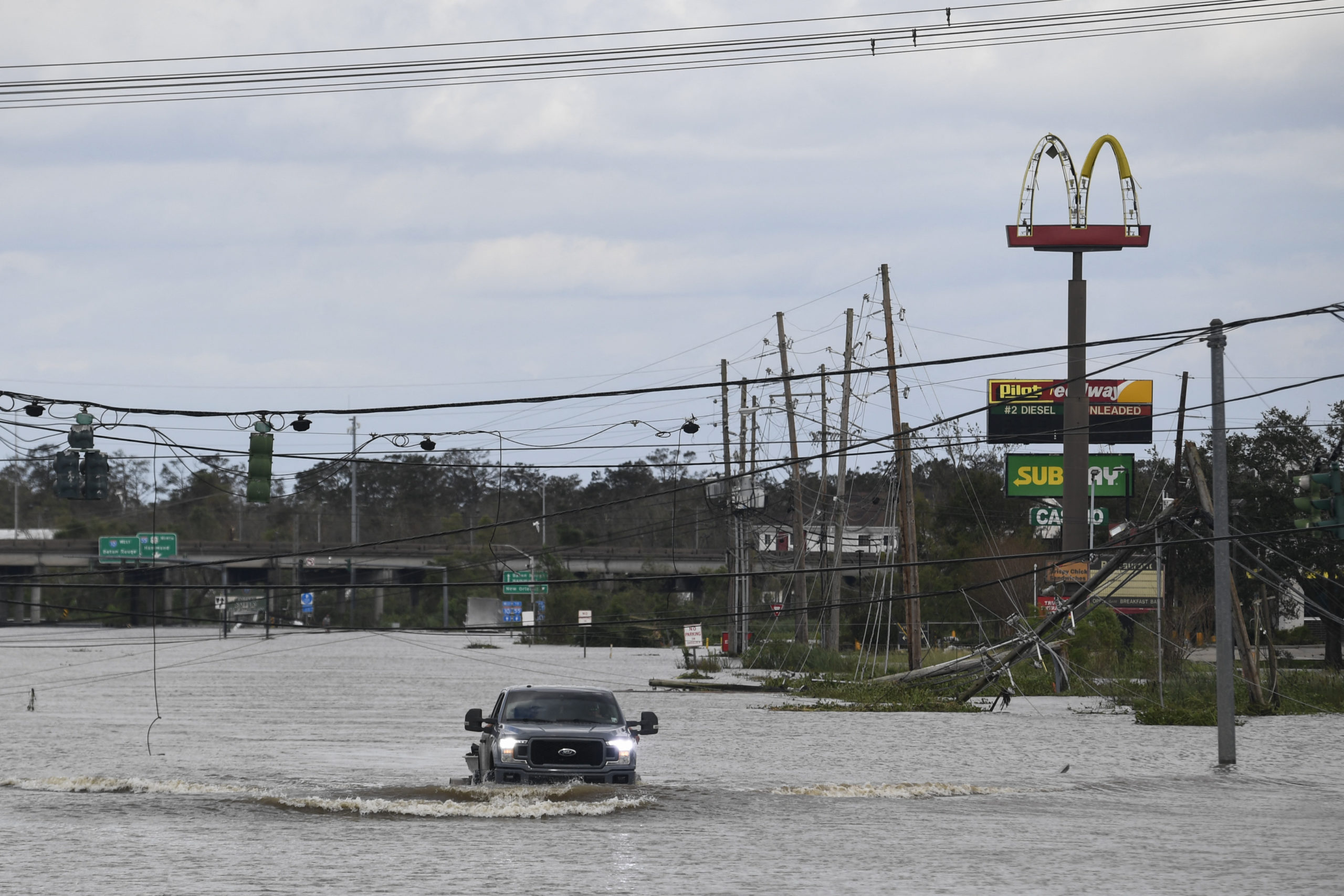 A pickup truck pulls a boat trailer though flood waters in LaPlace, Louisiana on August 30, 2021 in the aftermath of Hurricane Ida. – Rescuers on Monday combed through the “catastrophic” damage Hurricane Ida did to Louisiana, a day after the fierce storm killed at least two people, stranded others in rising floodwaters and sheared the roofs off homes. (Photo by Patrick T. FALLON / AFP) (Photo by PATRICK T. FALLON/AFP via Getty Images)

Sharing some pics of #Ida’s damage around town. This is an extremely hazardous situation and we encourage everyone to stay off the roads. 911 service remains out at this time. pic.twitter.com/6FNNhiXfBF

Ida is tied for the fifth-strongest hurricane to ever hit the U.S. mainland.

Photos show collapsed buildings, including destruction in the French Quarter, and more in the wake of the ongoing storm’s dangerous winds. https://t.co/WzVIIrwY5O

At least two people were killed in the storm, however officials anticipate this number to rise later in the week, according to NPR.