Pentagon officials were aware of a potential “mass casualty” attack at the Kabul airport in Afghanistan and attempted to prepare for such an attack hours before two suicide bombers detonated, Politico reported Monday.

Defense Secretary Lloyd Austin reportedly instructed U.S. forces on the ground in Kabul to prepare for an “imminent” mass casualty attack roughly 24 hours before the suicide bombing occurred, according to Politico. The airport’s Abbey Gate represented the greatest vulnerability as it was where the Pentagon and State Department had instructed U.S. citizens to gather before entering the airport.

U.S. forces planned to close the gate by the afternoon Thursday, but ultimately left it to assist British forces in their evacuation efforts, according to Politico. The gate never closed, and the pair of suicide bombers detonated there at 6 p.m. Kabul time, killing 13 U.S. servicemembers and more than 150 Afghans. (RELATED: Afghan TV Show Host Surrounded By Taliban With Guns Tells Public Not To Be Afraid And Cooperate) 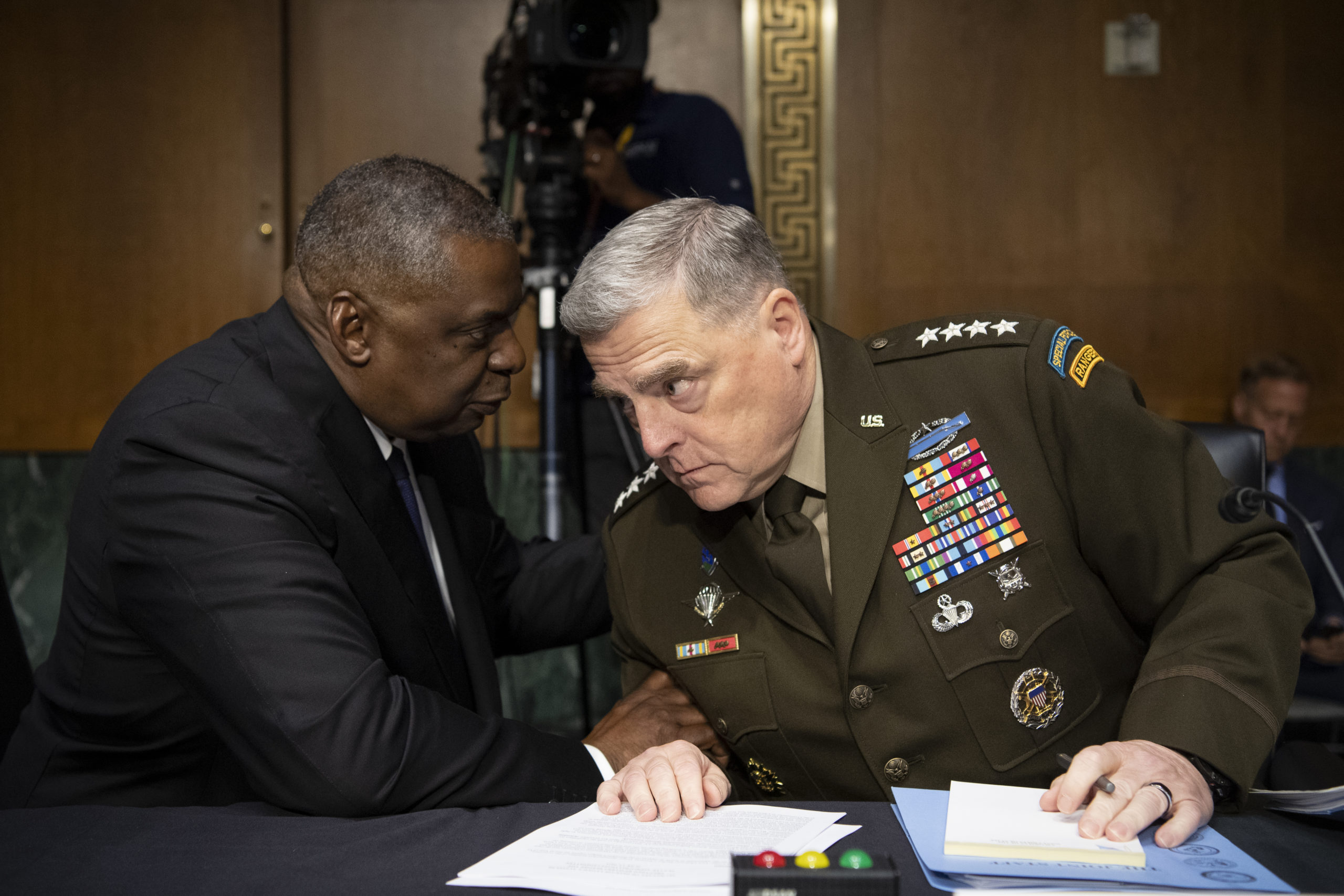 WASHINGTON, DC – JUNE 17: Secretary of Defense Lloyd Austin, left, and Chairman of the Joint Chiefs of Staff Gen. Mark Milley talk before the start of the Senate Appropriations Committee hearing on “A Review of the FY2022 Department of Defense Budget Request’ on June 17, 2021 in Washington, DC. The hearings are to examine proposed budget estimates and justification for fiscal year 2022 for the Department of Defense. (Photo by Caroline Brehman-Pool/Getty Images)

President Joe Biden responded to the ISIS-K attack with a series of airstrikes, one of which is reported to have killed at least nine Afghan civilians in addition to the militant targets.

“This story is based on the unlawful disclosure of classified information and internal deliberations of a sensitive nature,” Kirby told Politico. “As soon as we became aware of the material divulged to the reporter, we engaged Politico at the highest levels to prevent the publication of information that would put our troops and our operations at the airport at greater risk.”

“We condemn the unlawful disclosure of classified information and oppose the publication of a story based on it while a dangerous operation is ongoing,” he added.

The Biden administration has vowed to withdraw all U.S. forces from Afghanistan by Tuesday, Aug. 31. The administration does not expect to successfully evacuate all U.S. citizens, leaving an unknown number of them behind along with tens of thousands of Afghan allies.