A final evacuation attempt for the hundreds of Afghan students at American University of Afghanistan, along with relatives and staff, was permanently canceled on Sunday, The New York Times reported.

The group had gathered at a safe house in the morning and boarded buses on what was supposed to be their way out of the country, The New York Times wrote. They waited seven hours for clearance to enter the airport but were eventually told the gates were still a security risk and all evacuations would end Monday.

“I regret to inform you that the high command at [Hamid Karzai International Airport] in the airport has announced there will be no more rescue flights,” said an email sent by the university administration on Sunday afternoon, the Times confirmed.

With the U.S. withdrawal shifting focus to evacuating personnel to meet the Tuesday deadline, the email told the group to return home, the New York Times reported.

“The scholar pilgrims who were turned away today while seeking safe passage to a better future need the help of the U.S. government who gave them the hope they must not lose,” the American University president, Ian Bickford, told the Times. 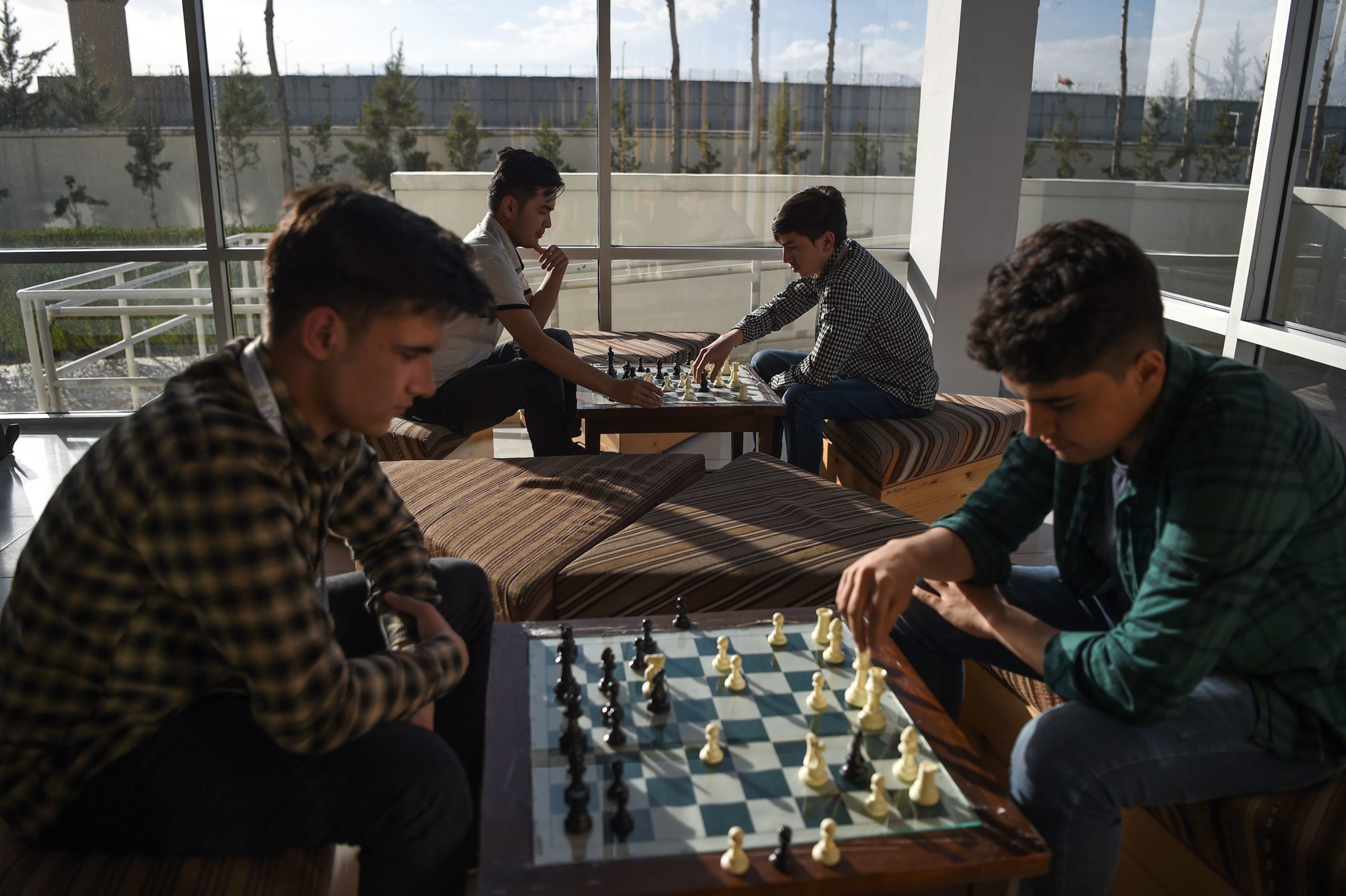 Afghan students from the American University of Afghanistan play chess in Kabul on April 7, 2019. (Photo credit should read WAKIL KOHSAR/AFP via Getty Images)

The students included Hosay, a 24-year-old woman who planned to start an all-female engineering firm, and Mohammad, a 31-year-old father and part-time government ministry worker, who had only three more courses to finish his degree, the New York Times reported.

“It’s as if you throw a glass on a cement floor and your life shatters in a split second,” Mohammad told the Times. (RELATED: Afghan TV Show Host Surrounded By Taliban With Guns Tells Public Not To Be Afraid And Cooperate)

Bickford, who fled to Doha with the rest of the foreign staff once they heard the Taliban had reached the outskirts of Kabul, had been attempting to coordinate the evacuation of 1,200 students and alumni with the State Department, the New York Times reported. The terrorist attack Thursday outside the Hamid Karzai International Airport in Kabul hurt the effort.

The school opened in 2006 and was mostly funded by the United States Agency for International Development (USAID), which contributed $160 million, the New York Times reported.

The U.S. gave the Taliban a list of names and passport information of the students and their families, the New York Times reported.

“They told us: we have given your names to the Taliban,” Hosay told the New York Times. “We are all terrified, there is no evacuation, there is no getting out.”

The Taliban had attacked the school in 2016 in a 10-hour assault that killed 15 people, including seven students.