Republican Wisconsin Rep. Mike Gallagher is demanding an explanation of a top admiral’s comment that Navy promotion boards should use pictures of applicants to better “consider diversity,” in a letter exclusively obtained by the Daily Caller.

Then-Secretary of Defense Mark Esper banned promotion boards in all military branches from including photos in applications in July 2020, saying that the move would combat discrimination. However, Chief of Naval Personnel Vice Adm. John Nowell Jr. said on Aug. 3 that the Navy “should consider reinstating photos in selection boards,” according to Military.com.

“As you look at diversity, it went down with photos removed,” he explained.

“We’re very clear with our language to boards that we want them to consider diversity across all areas,” Nowell continued. “I think having a clear picture just makes it easier.” 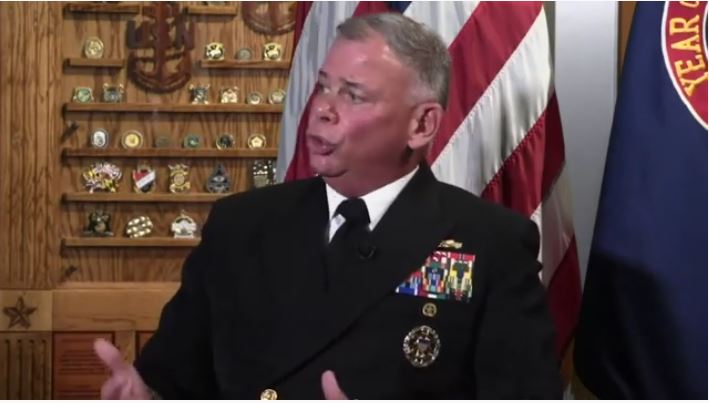 The Navy previously removed applicant photos in 2016, before bringing them back in 2018.

“We are concerned that the back and forth on this issue may be causing officers in the ranks to question whether the Navy’s true goal aspires to meritocratic values or whether these values may be juxtaposed against the political vicissitudes of the day,” Gallagher wrote in an Aug. 24 letter to Nowell, obtained exclusively by the Daily Caller. He was joined by five other Republicans on the House Armed Services Committee’s Military Personnel Subcommittee, Oklahoma Rep. Stephanie Bice, Michigan Rep. Lisa McClain, Alabama Rep. Jerry Carl, and Texas Reps. Ronny Jackson and Pat Fallon.

“We were also not sure if you were thinking out loud when you made your statements at the symposium or were signaling future intent as a senior Navy leader. As Members of the Military Personnel Subcommittee, we would like clarification on the Navy’s latest policy regarding photographs on officer selection boards,” the letter continues.

Gallagher, who served as a Marine Corps intelligence officer in Iraq, is active on military readiness and national security issues. He recently commissioned a report on naval readiness with Republicans and fellow veterans Arkansas Sen. Tom Cotton, Texas Rep. Dan Crenshaw, and Indiana Rep. Jim Banks. The report found that the Navy’s focus on “nonessential training,” including “programs to encourage diversity,” are hampering military readiness.

President Joe Biden issued an executive order in June ordering all branches of the federal government to engage in race-conscious hiring and promotion. The Navy announced in February an exchange program with Historically Black Colleges and Universities (HBCUs) to increase the diversity of its officer corps. (RELATED: US Navy Secretary Reveals Plans To Promote ‘Diversity, Equity, And Inclusion’)

“Our armed forces should be the ultimate meritocracy, where officers are promoted based on nothing but their own talents. It’s deeply concerning to hear Vice Admiral Nowell suggest otherwise,” Gallagher told the Daily Caller. “He needs to immediately clarify these comments and explain how promoting anyone but our Navy’s best and brightest helps America beat China and rule the waves.”