The statement follows a request Monday made by the Select Committee to 35 tech, social media and telecommunications companies asking them to preserve a wealth of personal information of individuals involved in the events at the Capitol, including addresses, telephone numbers, IP addresses, bank account numbers and names. The committee also requested communications records, including emails, texts and recorded phone messages.

Though the Select Committee has yet to formally subpoena the private information, McCarthy condemned the request in a statement Tuesday.

“Adam Schiff, Bennie Thompson, and Nancy Pelosi’s attempts to strong-arm private companies to turn over individuals’ private data would put every American with a phone or computer in the crosshairs of a surveillance state run by Democrat politicians,” McCarthy said. 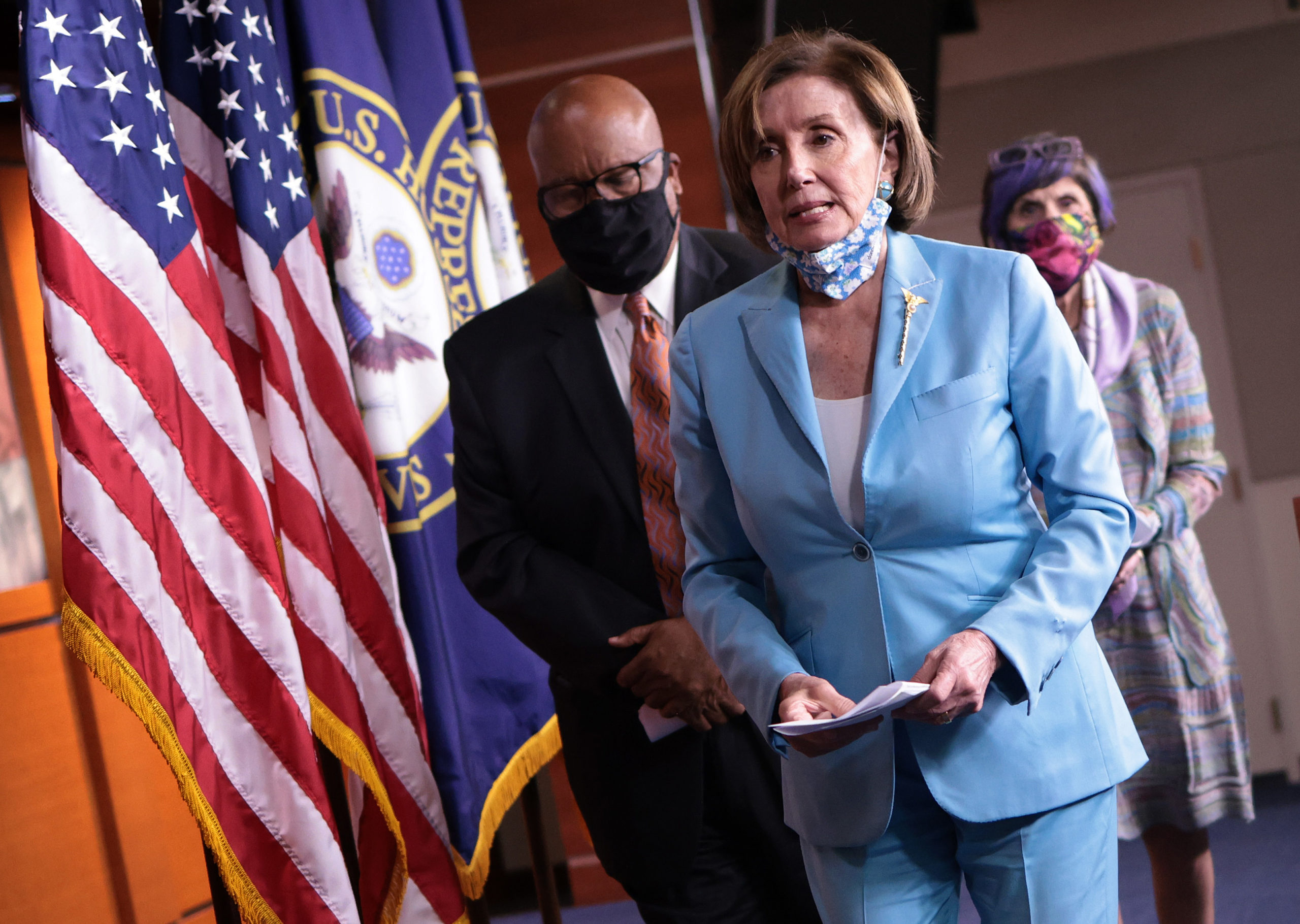 U.S. Speaker of the House Nancy Pelosi, trailed by Rep. Bennie Thompson and Rep. Rosa DeLauro, departs a press conference on the establishment of a commission to investigate the events surrounding January 6 at the U.S. Capitol on May 19, 2021 in Washington, DC. (Photo by Win McNamee/Getty Images)

McCarthy went on to warn the companies that they risked violating federal law if they complied with the committee’s request. (RELATED: Republicans Reps Denied Entry To DC Jail Holding Jan. 6 Defendants)

“If companies still choose to violate federal law, a Republican majority will not forget and will stand with Americans to hold them [companies] fully accountable under the law,” McCarthy said.

The request, which Select Committee chairman Rep. Bennie Thompson indicated last week could include lawmakers, covers all individuals involved in organizing, speaking or funding rallies objecting to the certification of the 2020 presidential election.

Rep. Jim Banks, one of the Republicans that McCarthy had originally picked to serve on the Select Committee before Speaker Nancy Pelosi denied his nomination, described the committee Monday as “Soviet” in a statement to the Daily Caller News Foundation.

The Select Committee had requested last week that several social media companies, including Facebook, Twitter, and Google, hand over internal communications and documents related to the events at the Capitol.