Members of the progressive-Democrat group in Congress called “the Squad” on Monday called on Federal Reserve Chair Jerome Powell to be removed and for President Joe Biden to “reimagine” the central banking system of the U.S.

The Squad members were joined by Democratic Illinois Rep. Chuy García and Democratic New York Rep. Mondaire Jones. All of them serve on the House Financial Services Committee.

“As news of the possible reappointment of Federal Reserve Chair Jerome Powell circulates, we urge President Biden to re-imagine a Federal Reserve focused on eliminating climate risk and advancing racial and economic justice,” the groups said in a joint statement to Politico. “We urge the Biden Administration to use this opportunity to appoint a new Federal Reserve Chair.”

“Under his leadership, the Federal Reserve has taken very little action to mitigate the risk climate change poses to our financial system,” the lawmakers added. (RELATED: ‘A Risk I’m Worried About’: Top Fed Officials Start Pushing Back On Powell’s Inflation Assessment) 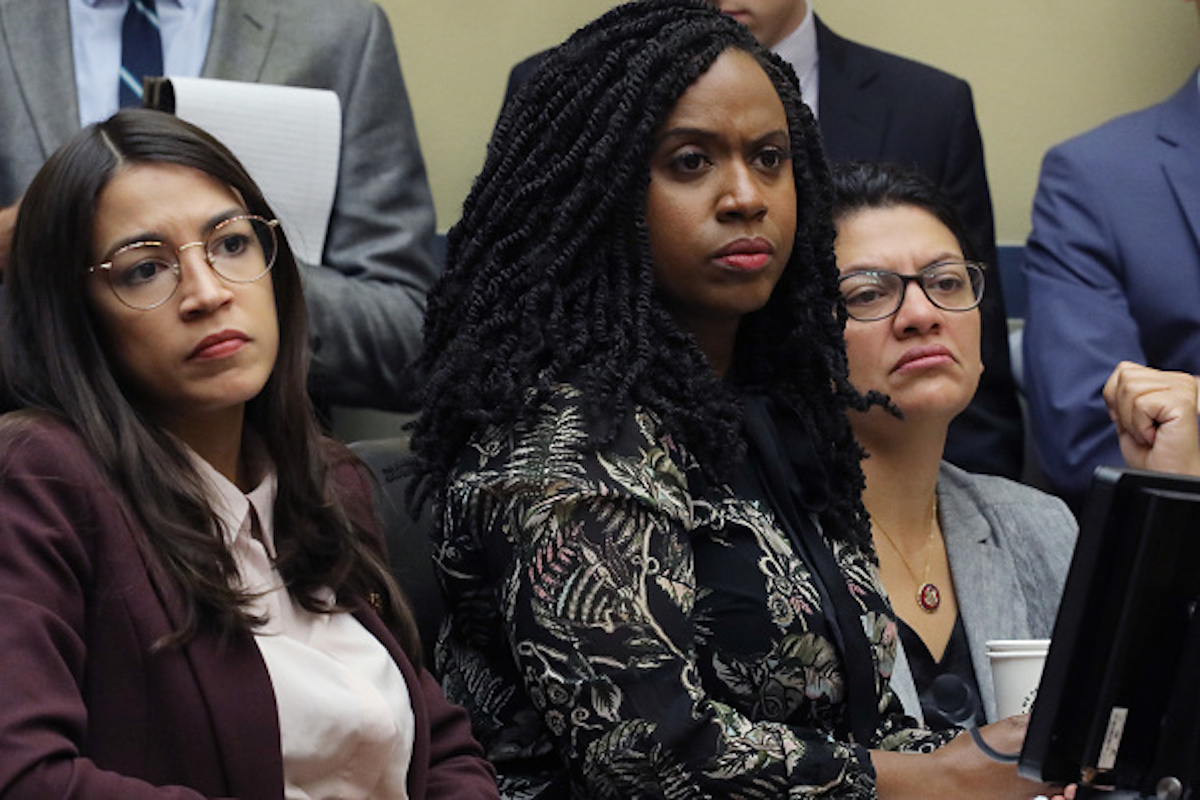 “At a time when the Intergovernmental Panel on Climate Change is warning of the potential catastrophic and irreversible damage inflicted by a changing climate, we need a leader at the helm that will take bold and decisive action to eliminate climate risk,” they continued. (RELATED: ‘The Squad’ Pushes To ‘Defund The Police’ While Spending Thousands On Private Security To Protect Themselves)

“Weakening financial regulations that were specifically created to prevent such a disaster from happening again risks the livelihoods of Americans across the country,” the group added. “To move forward with a whole of government approach that eliminates climate risk while making our financial system safer, we need a Chair who is committed to these objectives.”

Powell was first nominated to the Fed board by President Barack Obama in 2012, Politico reported. President Donald Trump nominated Powell as Fed chair in 2017.