Uninhibited by any action from the Supreme Court, Texas’ highly disputed abortion ban went into effect early Wednesday morning. The law bans abortions after the unborn baby‘s heartbeat can be detected, usually around 6 weeks. (RELATED: ‘Texas Taliban’: Abortion Law Is As Bad As Literal Terrorists, According To Liberal Activists) 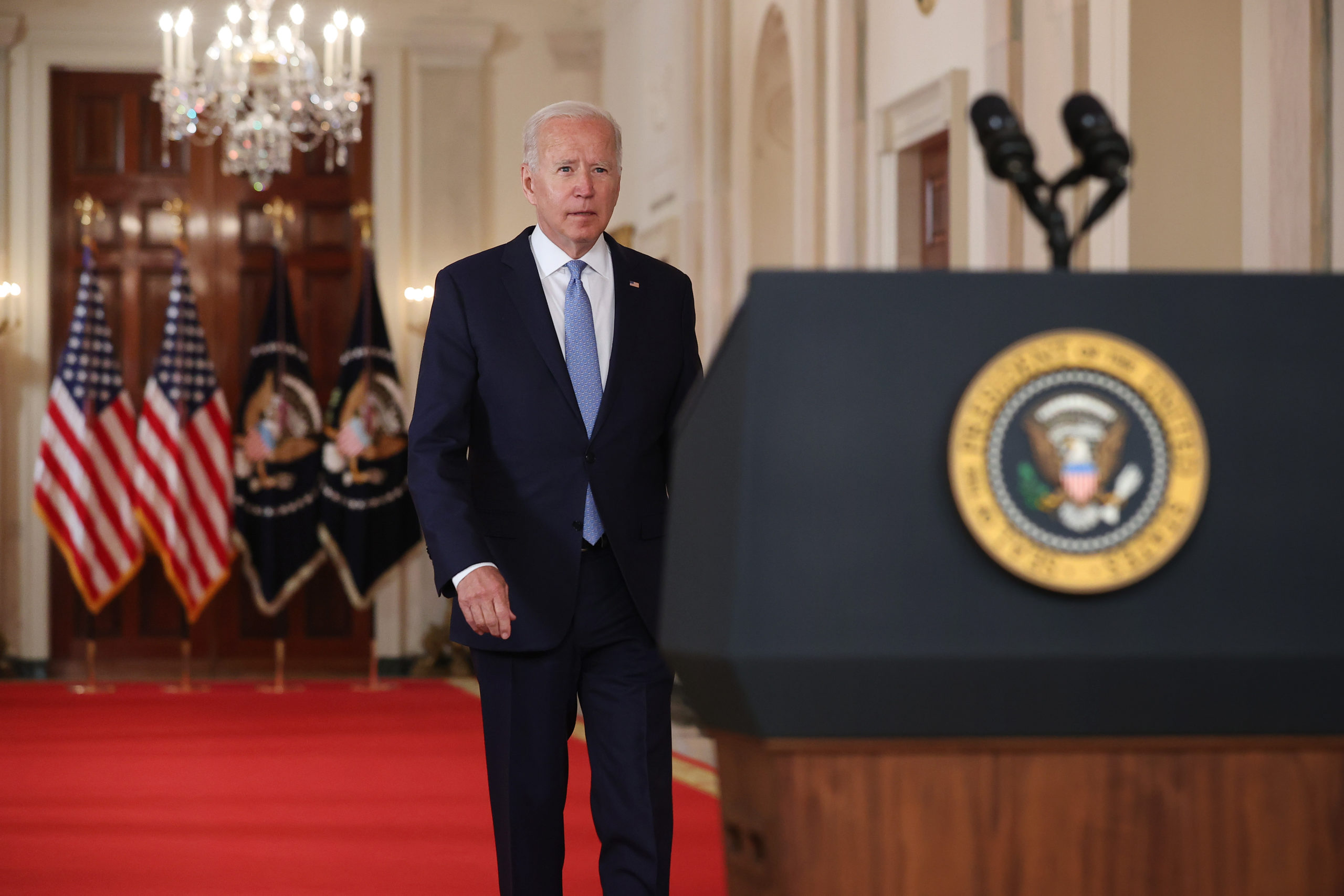 U.S. President Joe Biden walks into the State Dining Room before delivering remarks on the end of the war in Afghanistan at the White House on August 31, 2021 in Washington, DC.  (Chip Somodevilla/Getty Images)

“The Texas law will significantly impair women’s access to the health care they need, particularly for communities of color and individuals with low incomes,” he continued. “And, outrageously, it deputizes private citizens to bring lawsuits against anyone who they believe has helped another person get an abortion, which might even include family members, health care workers, front desk staff at a health care clinic, or strangers with no connection to the individual.”

The Heartbeat Act, which makes exceptions for medical emergencies but not in cases of rape or incest, has raised the ire of pro-abortion advocates as it allows “any person” to sue doctors, abortion clinics, or anyone who “knowingly engages in conduct that aids or abets the performance or inducement of an abortion.” (RELATED: Should Priests Deny Biden Communion? Theologians Weigh In)

Those who sue over an abortion may be awarded $10,000 “for each abortion” the defendant performed, induced, aided, or abetted in violation of the law — monetary amounts that some pro-abortion advocates are calling “bounties.”