Private firms’ payrolls increased by 374,000, far less than the 600,000 jobs economists had predicted would be added, according to a major employment report.

August marked the second consecutive month where private growth came in severely short of expectations, according to the monthly ADP National Employment Report released Wednesday. Last month, private firms added half as many jobs as expected and the fewest since February, ADP said.

“Our data, which represents all workers on a company’s payroll, has highlighted a downshift in the labor market recovery. We have seen a decline in new hires, following significant job growth from the first half of the year,” ADP Chief Economist Nela Richardson said in a statement. “Despite the slowdown, job gains are approaching 4 million this year, yet still 7 million jobs short of pre-COVID-19 levels.” 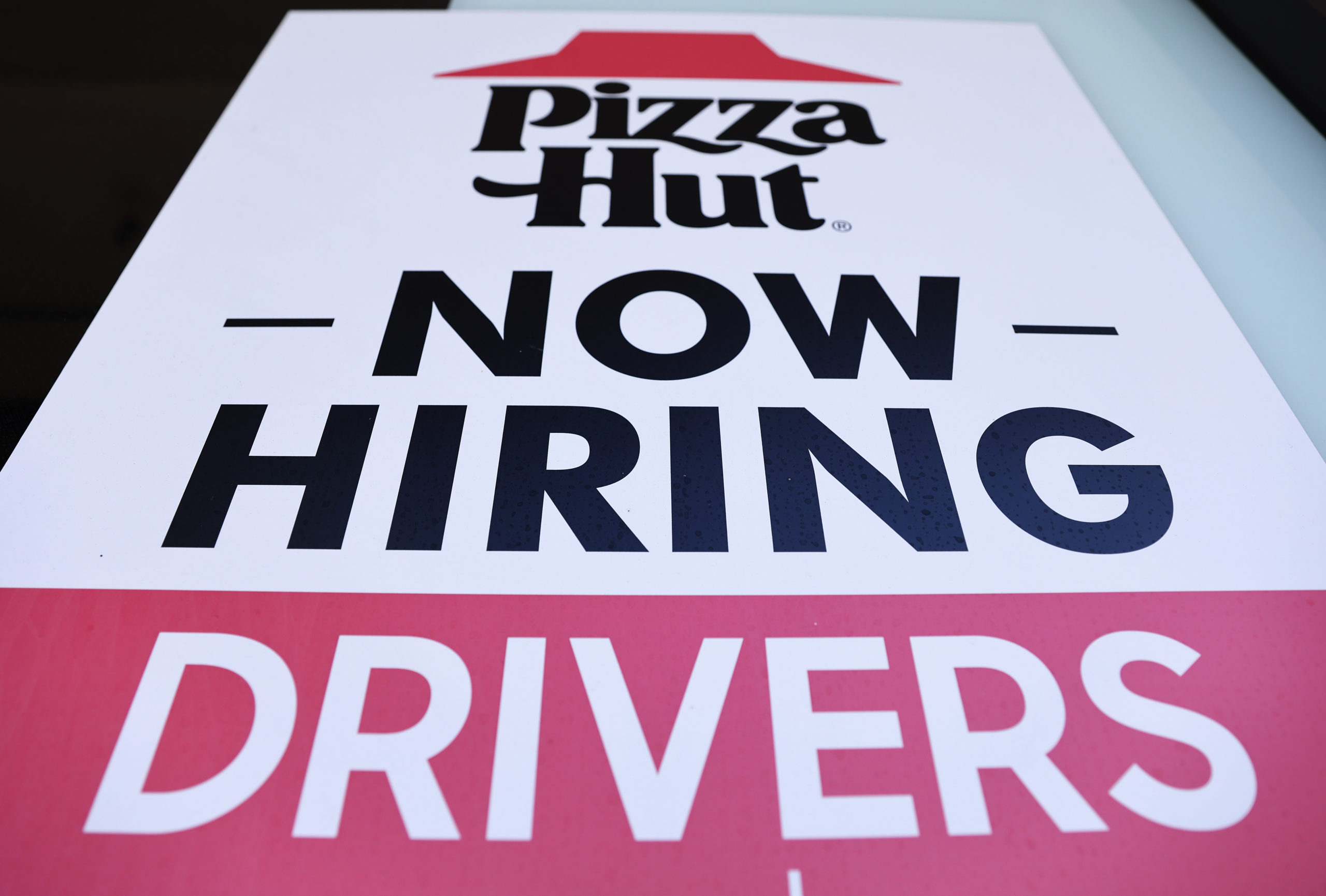 A ‘Now Hiring’ sign is posted at a Pizza Hut on Aug. 6, 2021 in Los Angeles, California. (Mario Tama/Getty Images)

The service-providing sector added 329,000 jobs, the most of any category, the ADP report showed. Franchise businesses added just 52,300 jobs.

“The Delta variant of COVID-19 appears to have dented the job market recovery,” Moody’s Analytics Chief Economist Mark Zandi said in a statement. “Job growth remains strong, but well off the pace of recent months. Job growth remains inextricably tied to the path of the pandemic.”

The number of job openings has surged to an all-time high of more than 10 million in recent months, according to Department of Labor data. The national unemployment rate has hovered around 5–6% as the economy continues to recover from the pandemic.

The Labor Department is slated to publish its August jobs report on Friday.