U.S. companies and lobbying groups including the Chamber of Commerce, the U.S.-China Business Council (USCBC) and the National Retail Federation have been campaigning for months against tougher economic measures on China. Many are now turning to progressives in order to protect their business interests in the communist regime.

In recent months, the USCBC, which represents more than 250 U.S. companies that do business in China, has reached out to aides to Independent Vermont Sen. Bernie Sanders and groups like Justice is Global, Politico reported on Wednesday. A number of progressive groups have been urging Congress to focus on cooperating with Beijing on issues like climate change.

The U.S. can still hold China accountable for human rights and economic abuses, some progressives argue, without placing economic restrictions on Chinese companies or eschewing cooperation with Beijing. 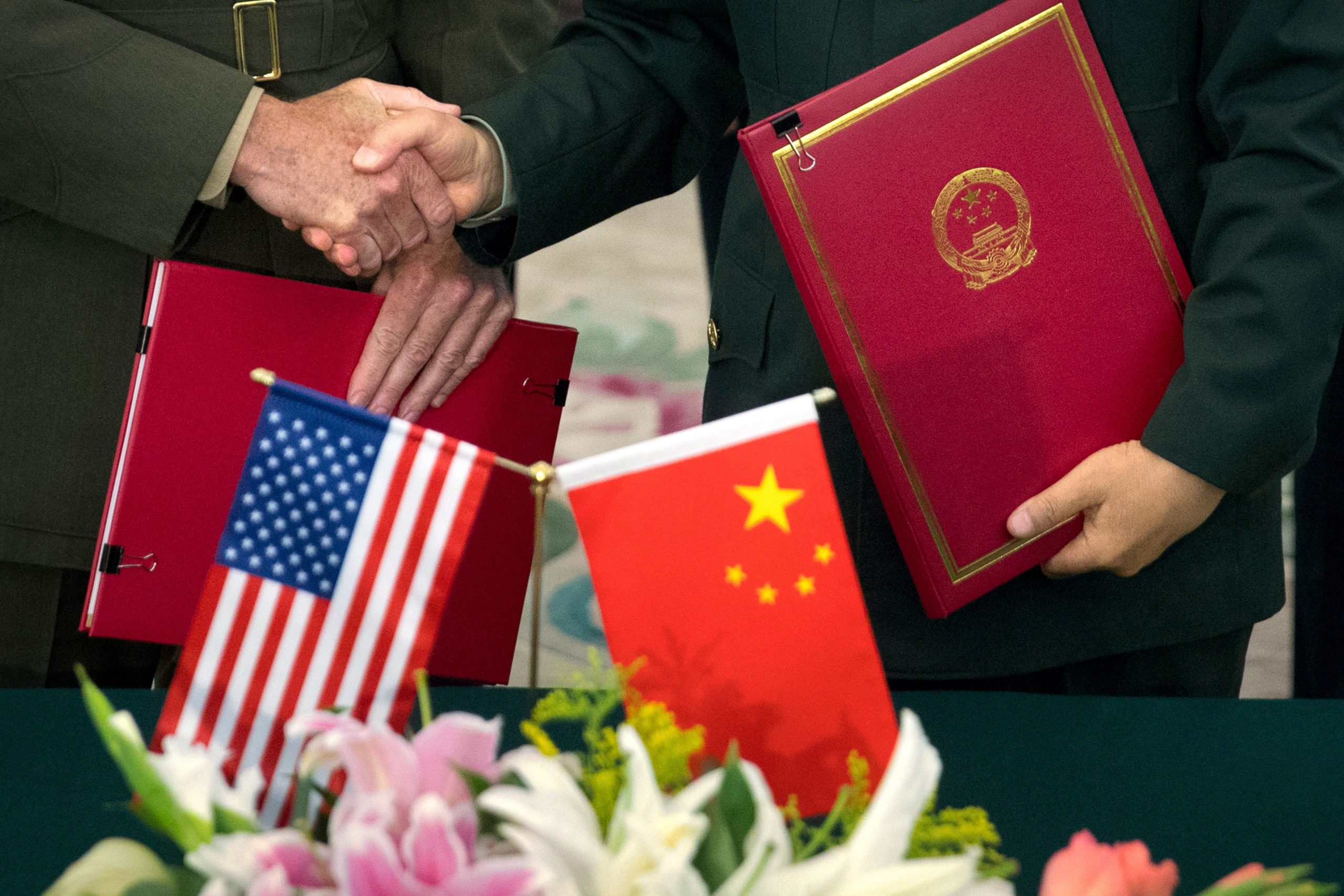 General Joseph Dunford (L), chairman of the US Joint Chiefs of Staff, and Chief of the General Staff of the Chinese People’s Liberation Army General Fang Fenghui shake hands after signing an agreement in Beijing on Aug. 15, 2017 (Mark Schiefelbein/AFP via Getty Images)

“We’ve tried to message that national security obviously has to be tended to and prioritized,” USCBC vice president Anna Ashton told Politico. “That may change some of the parameters of commercial engagement with China, but at the end of the day our economy has benefited enormously by being able to [trade] with China.”

Tensions between the U.S. and China have been increasing in recent years, and both Congress and the White House have taken steps to confront China across multiple fronts, particularly on human rights and trade.

President Joe Biden’s administration has imposed new trade restrictions and sanctions on Chinese companies and officials while keeping in place many of the economic measures introduced under former President Donald Trump.

Lobbying groups representing hundreds of the largest U.S. companies have campaigned against legislation in Congress that would counter China’s human rights and trade abuses. Companies lobbied against a bill that would mandate government reviews for U.S. investment in China and another bill that would ban products made in the Xinjiang region using forced labor. (RELATED: Dozens Of Business Groups Urge Biden To End Tariffs On Chinese Imports) 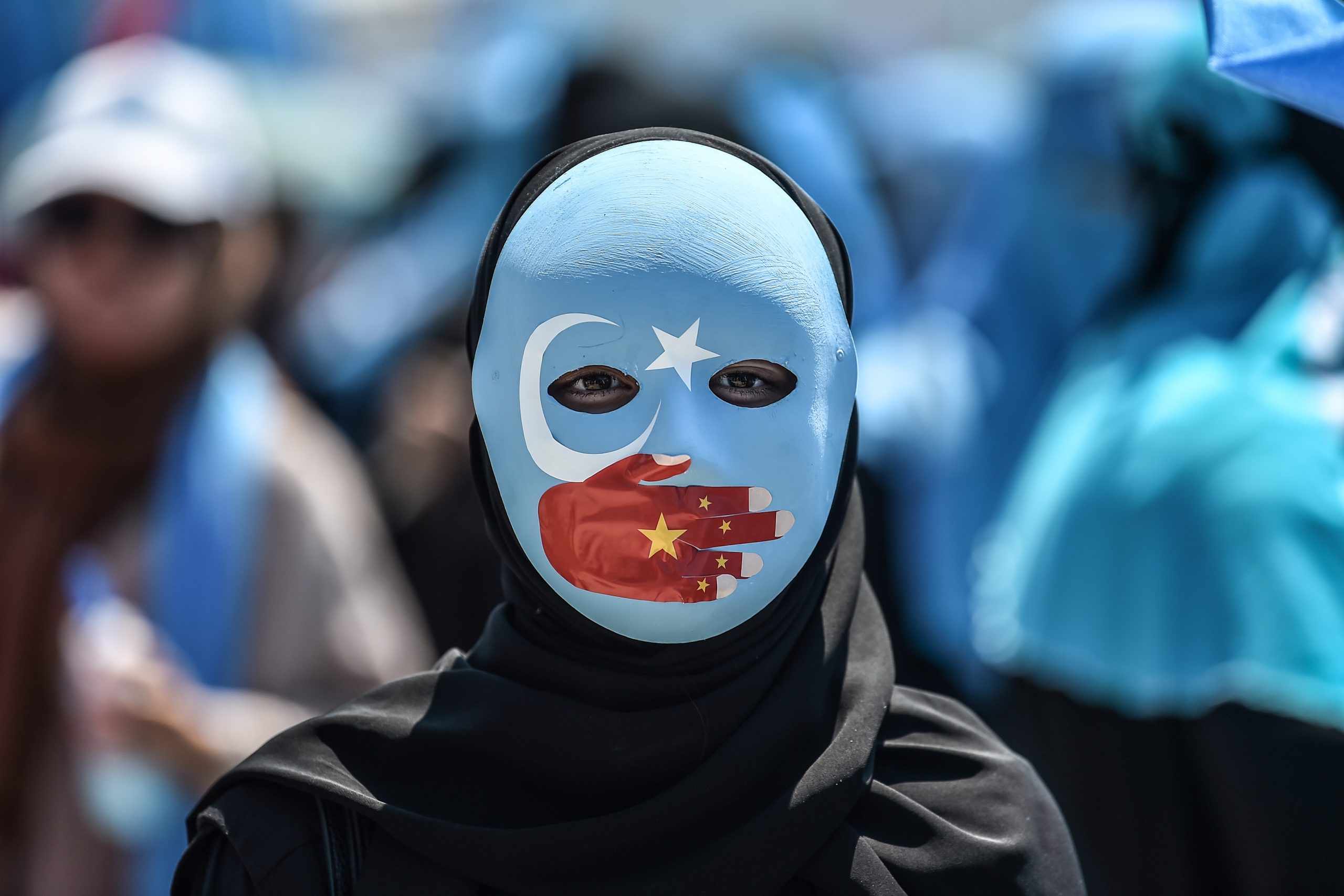 A demonstrator wearing a mask painted with the colors of the flag of East Turkestan and a hand bearing the colors of the Chinese flag attends a protest of supporters of the mostly Muslim Uyghur minority to denounce China’s treatment of ethnic Uyghur Muslims in Istanbul on July 5, 2018 (Ozan Kose/AFP via Getty Images)

Some business groups are reportedly worried their traditional allies in Congress may no longer share their interests when it comes to China, according to Politico. Both Republicans and Democrats have been supportive of efforts to ramp up pressure on China’s government and Chinese companies.

“It feels like the business community doesn’t have any true blue friends on the Hill at this point when it comes to China,” said one lobbyist who asked not to be named due to ongoing work with Congress. “Everything is a matter of degree.”

Groups like the Chamber of Commerce and the USCBC are now trying to make common cause with progressives, but it’s unclear to what extent progressives will work with companies and corporate lobbyists on the issue, according to Politico.

“There is a scenario where we might find common cause on the trade war,” Justice Is Global director Tobita Chow told the outlet. “But if we did work with them, it’d have to be behind the scenes.”