The trip was not publicly announced by the White House prior to the president’s arrival. Biden and the first lady’s visit follows the chaotic withdrawal from Afghanistan, and some Americans injured in the recent suicide bombing at the Kabul airport are being treated at the facility. The White House did not say whether the president specifically met with those injured in the Kabul attack.

The terror attack, carried out by ISIS-K on Aug. 26 as swarms of people flocked to the Kabul airport hoping to be evacuated, killed 13 U.S. service members and injured 22 others. Many Afghans were also killed and injured during the attack. The U.S. responded one day later with an air strike that killed two ISIS targets and left a third wounded.

Biden attended the dignified transfer of the 13 killed service members on Sunday. He spoke with the family members of the heroes, though the conversations sparked mixed reactions. At least one family – that of Marine Corps Lance Cpl. Rylee McCollum – slammed the president afterwards, with McCollum’s sister saying that the president showed “a total disregard to the loss of our Marine.” 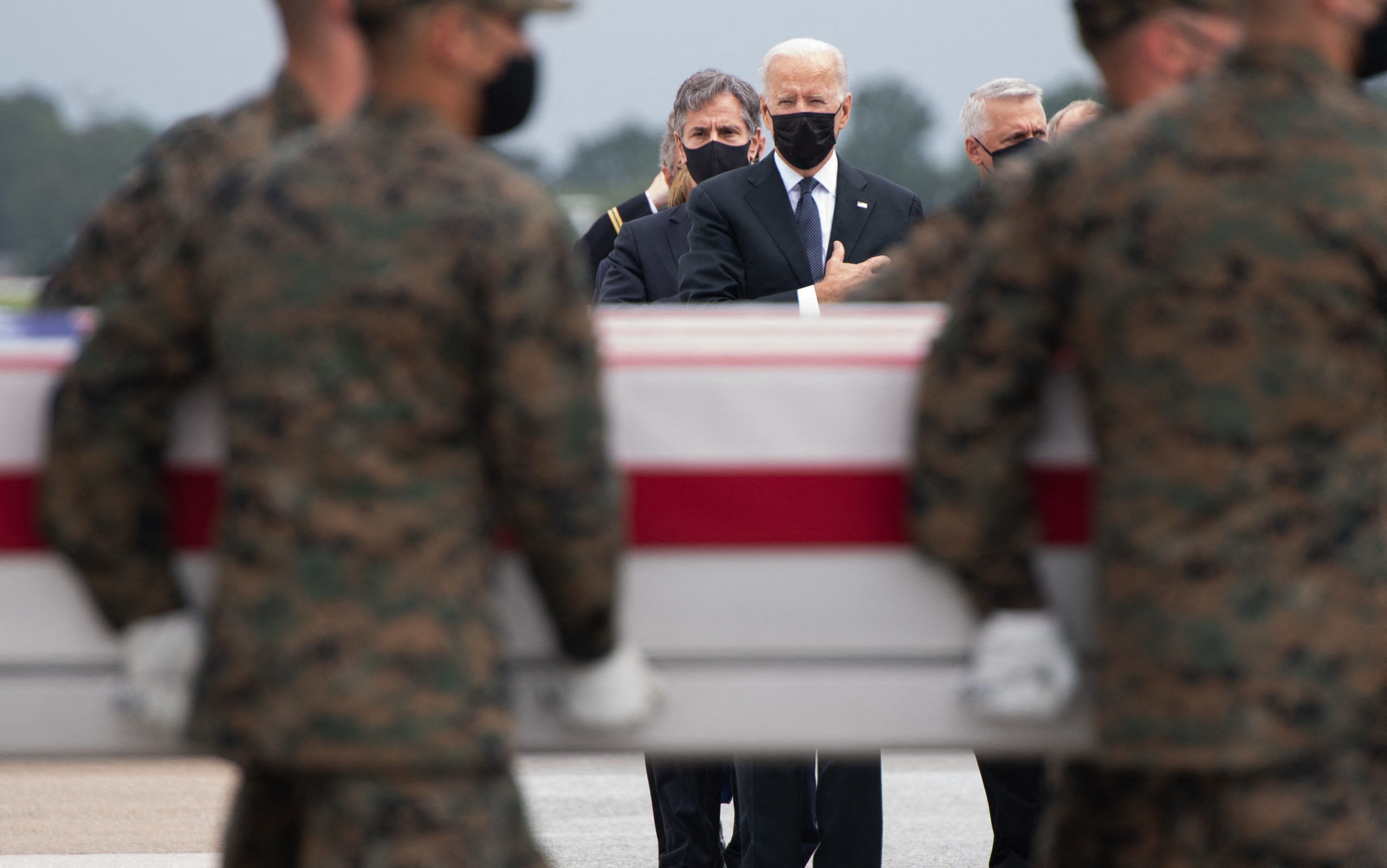 TOPSHOT – US President Joe Biden(C) attends the dignified transfer of the remains of fallen service members at Dover Air Force Base in Dover, Delaware, August, 29, 2021, after 13 members of the US military were killed in Afghanistan  (Photo by SAUL LOEB / AFP) (Photo by SAUL LOEB/AFP via Getty Images)

“You can’t fuck up as bad as he did and say you’re sorry,” Roice McCollum, the Marine’s sister, said. “This did not need to happen, and every life is on his hands.”

Throughout the Afghanistan drawdown and in the wake of the terror attack, Biden has repeatedly brought up his son Beau Biden, who served in the Army in Iraq. Beau died of brain cancer in 2015, and Biden spent time at Walter Reed amid his son’s diagnosis, Bloomberg reported.

Biden has defended his decision to withdraw from Afghanistan and claimed that there was no way to avoid the chaos that unfolded on the ground. He noted that the Taliban’s swift takeover was unexpected, but claimed the administration was prepared for every contingency.

The president was pressed about whether he’d stick to the Aug. 31 withdrawal deadline after the Taliban took over Kabul. He ultimately decided to keep the date, although doing so meant breaking a promise to remain in the country until every American was evacuated.