“The Supreme Court’s cowardly, dark-of-night decision to uphold a flagrantly unconstitutional assault on women’s rights and health is staggering,” Pelosi said in a statement. “That this radically partisan Court chose to do so without a full briefing, oral arguments or providing a full, signed opinion is shameful.”

Pelosi argued in her statement that the new law “delivers catastrophe to women in Texas, particularly women of color and women from low-income communities,” and promised that the House will bring up Democratic California Rep. Judy Chu’s Women’s Health Protection Act to “enshrine into law reproductive health care for all women across America.”

“Every woman, everywhere has the constitutional right to basic health care,” she said. “SB8 is the most extreme, dangerous abortion ban in half a century, and its purpose is to destroy Roe v. Wade, and even refuses to make exceptions for cases of rape and incest. This ban necessitates codifying Roe v. Wade.”

The new law has particularly angered abortion advocates as it allows “any person” to sue doctors, abortion clinics, or anyone who “knowingly engages in conduct that aids or abets the performance or inducement of an abortion.” (RELATED: ‘Texas Taliban’: Abortion Law Is As Bad As Literal Terrorists, According To Liberal Activists) 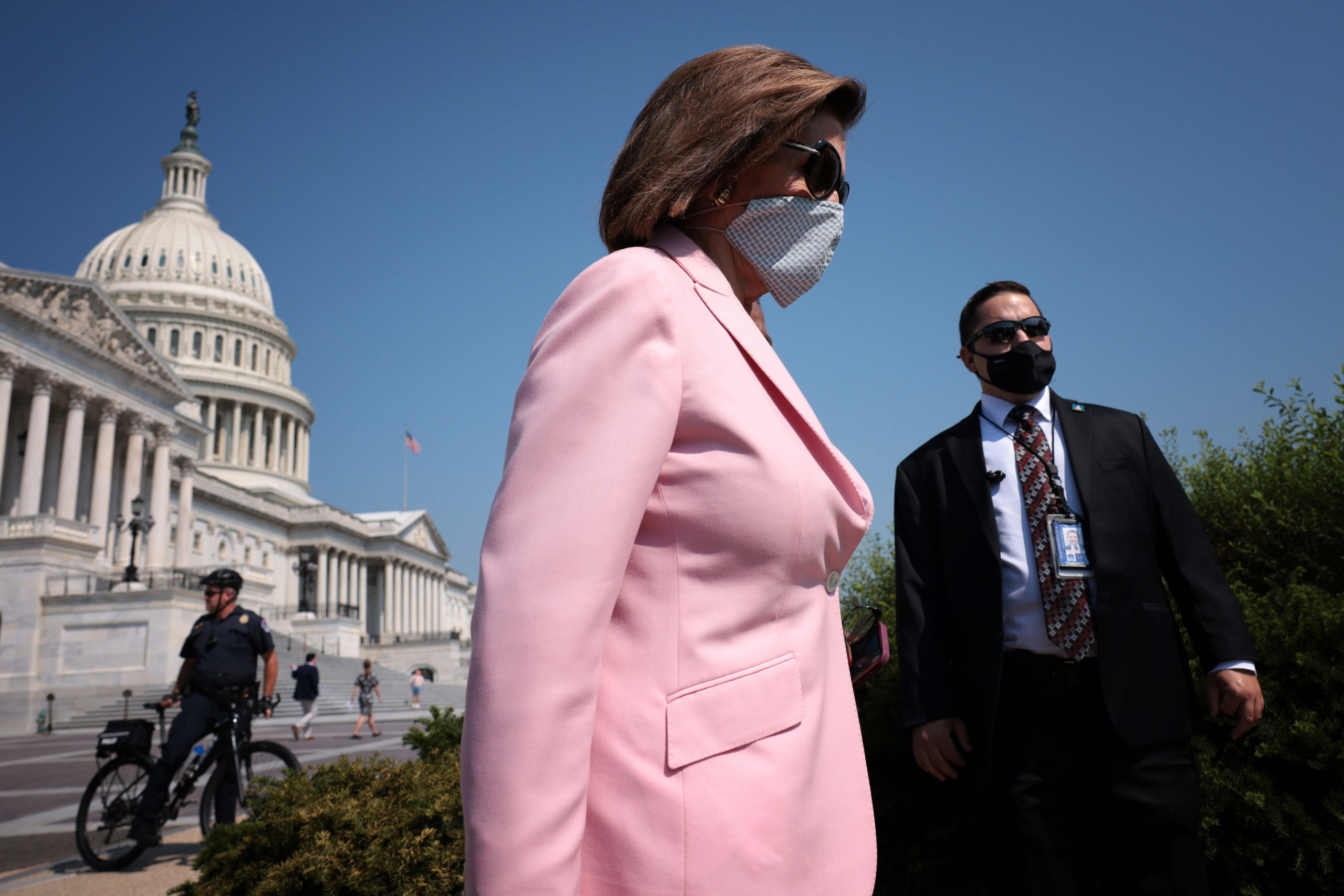 U.S. Speaker of the House Nancy Pelosi (D-CA) arrives for a press conference with members of the Poor People’s Campaign outside the U.S. Capitol August 25, 2021 in Washington, DC. (Photo by Win McNamee/Getty Images)

Pelosi said this aspect of the law creates a “vigilante bounty system” that she called one of the most “disturbing, unprecedented and far-reaching assaults on health care providers,” predicting that it will have a “chilling effect on the provision of any reproductive health care services.”

The Supreme Court will begin hearing Dobbs v. Jackson Women’s Health Organization in October, one of the first major abortion case in which all three of former President Donald Trump’s Supreme Court justice appointees participate, including Justice Amy Coney Barrett, who gained a seat on the court after a contentious confirmation process in October 2020.

Quoting Justice Sotomayor’s dissent in the Wednesday decision, Pelosi urged the court to uphold “its constitutional obligations to protect not only the rights of women, but also the sanctity of its precedents and of the rule of law” when it takes up Dobbs v. Jackson Women’s Health Organization.