The chaotic U.S. withdrawal from Afghanistan in recent weeks has left Americans stranded in the capital city of Kabul, and in response, a disparate group of private citizens has stepped up to get people out of the country.

Biden defended the evacuation in an address Tuesday by claiming 90% of Americans who wanted to leave the country were evacuated successfully. His remarks came one day after Secretary of State Antony Blinken admitted that between 100 and 200 Americans had been left behind after the U.S. military completed its withdrawal. 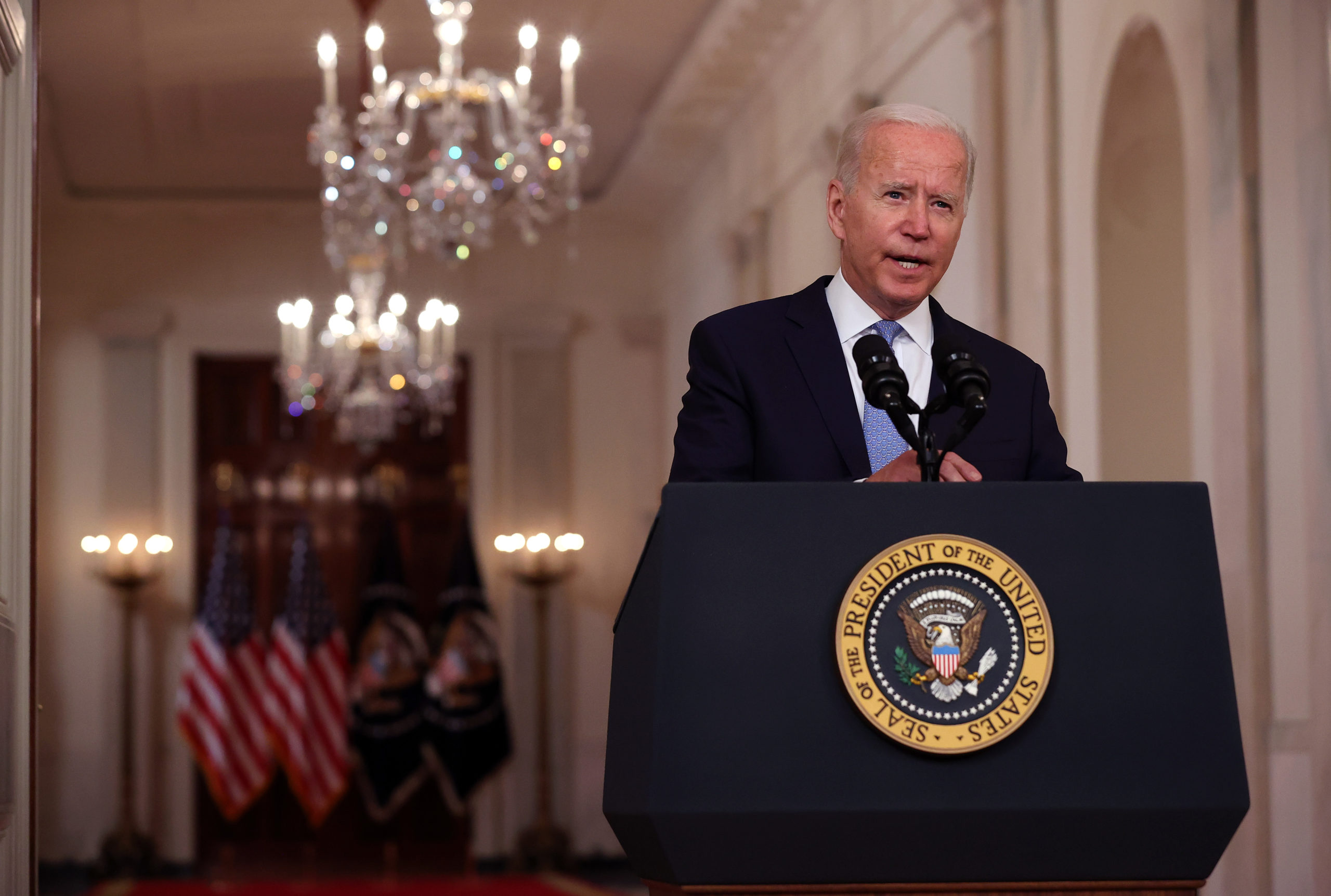 President Joe Biden delivers remarks on the end of the war in Afghanistan in the State Dining Room at the White House on August 31, 2021 in Washington, DC (Chip Somodevilla/Getty Images)

As the Aug. 31 withdrawal deadline approached, a number of private citizens with former military or intelligence experience began to organize evacuations to get both Americans and Afghans out of the country.

Among them is former Force Recon Marine Chad Robichaux, who was deployed to Afghanistan eight times and has rescued more than 5,300 people from the country. He told the Daily Caller News Foundation about his efforts to rescue orphaned children and other vulnerable people in an Aug. 28 interview.

“We worked a relationship with a foreign government and their military to allow us to work with them and build a plan to clandestinely go in and get certain groups of people, move them onto the airport in Kabul and then utilize charter planes and some of the military aircraft [to get them out],” he said.

A volunteer group of U.S. Special Operations veterans also launched a mission last week to move people in small groups to the Kabul airport and evacuate them from the country. The mission, called the “Pineapple Express,” has reportedly rescued more than 500 people including vulnerable Afghans, according to ABC News.

In many of the private operations conducted by veterans and others, rescuers have used digital communications and other technology to act as emergency dispatchers, call in favors with guards, share intelligence about the Taliban and move families to the right runway to get on a flight, according to The Washington Post. (RELATED: CIA, US Military Conduct Missions To Get Americans Out Of Afghanistan) 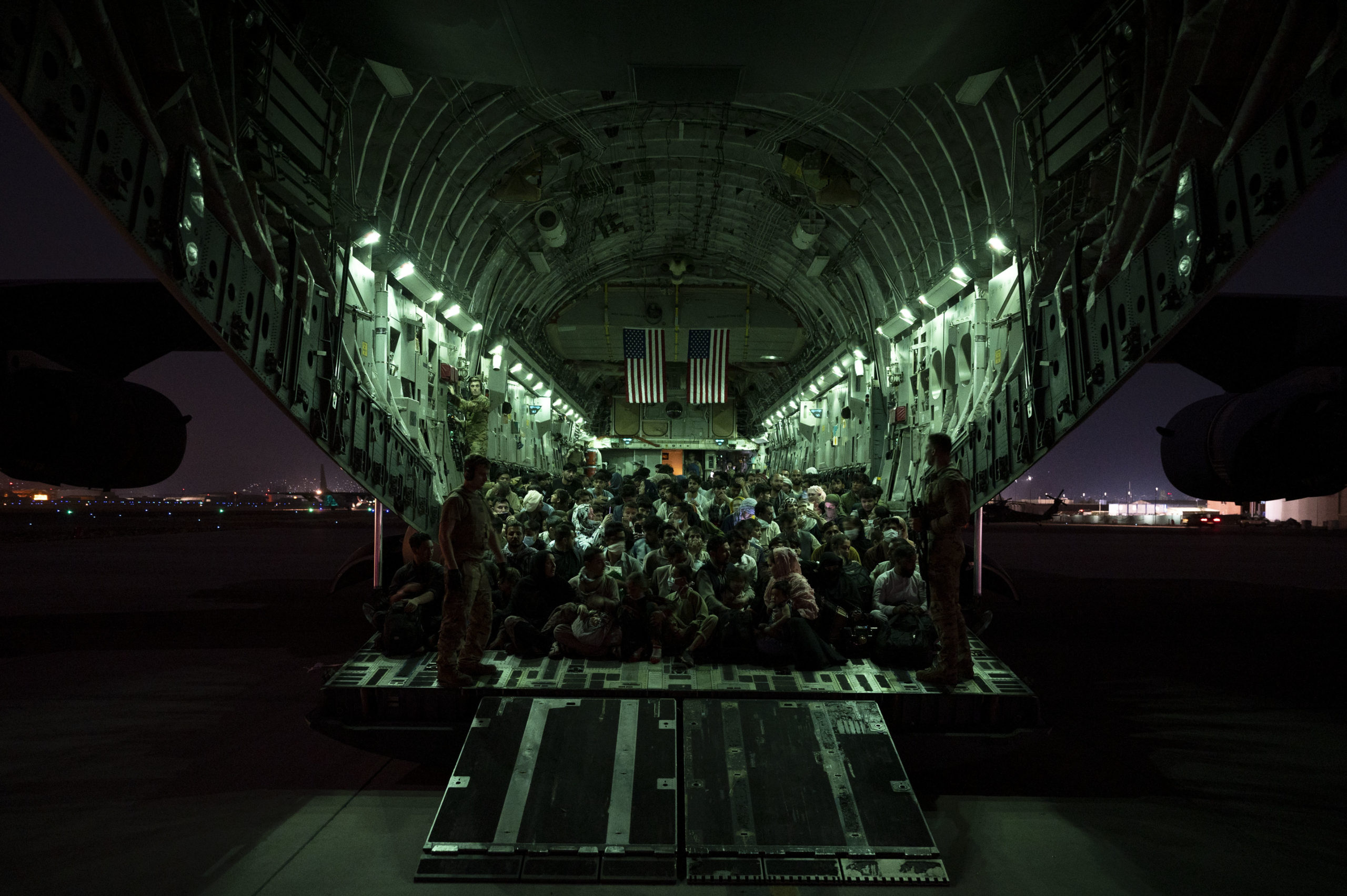 A number of operations have used encrypted messaging apps like Slack and Signal to share sensitive information and send photos to the people being evacuated from Afghanistan.

These efforts to communicate across thousands of miles are now being called “Digital Dunkirk” in reference to the evacuation of trapped Allied soldiers from the beaches of northern France during World War II.

Members of Congress have also scrambled in recent weeks to provide information to constituents trapped in Afghanistan and aid in evacuation efforts. Several lawmakers told the Daily Caller or other outlets that the State Department had refused to guarantee protection for Americans and Afghans at the airport in Kabul.

Republican Arkansas Sen. Tom Cotton was among the first members to encourage Americans trapped in Afghanistan to call his office, setting up an email address to help disseminate information.

If you’re an American stranded in Afghanistan, or know one who is, please contact my office immediately:

The situation is dire, but we’ll do everything in our power to help keep you informed and to help get you out.

One Afghan American couple, who had been unable to get to the Kabul airport, made it past Taliban and U.S. security checkpoints with the help of Cotton, who gave them a military contact at the airport.

The Biden administration has taken fire from all sides amid the fallout of a chaotic U.S. withdrawal. As expected, Republicans have ripped the administration for leaving Americans behind, but corporate media outlets and even officials who served under former President Barack Obama have gone off on the administration.

Republicans lambasted the administration President Joe Biden is taking fire from all sides amid the fallout, as the Taliban moves to consolidate its power in Afghanistan and thousands of U.S. citizens and Afghan allies remain trapped in the country. (RELATED: 90 Retired Flag Officers Call On Austin, Milley To Resign Immediately)

CNN’s Jake Tapper pressed Democratic Connecticut Sen. Chris Murphy during an Aug. 29 segment on how the Biden administration could have left so many people stranded in Afghanistan.

“The fact that ‘Digital Dunkirk’ exists, it’s a wonderful tribute to the people doing it, obviously the people on the ground in Kabul are awesome, and I’m not talking about them, but the fact that it exists is a — there’s a failure here of the government,” Tapper said.

“My contention is that there is probably no way for the Afghan security forces and the government to collapse overnight and there not to have been a corresponding chaos on the ground and the scenes that you are seeing,” Murphy responded.

“But the idea that this is being done as efficiently as could be done just flies in the face of everything I’m sure you’re hearing behind the scenes, certainly everything I’m hearing,” Tapper shot back.