Amazon denied reports Friday that it is creating a team dedicated to more proactively removing content that violates its policies from its cloud hosting platform.

The company’s cloud services division, Amazon Web Services (AWS), is set to hire several people to monitor and remove abusive, illegal, and violent content, Reuters reported, citing a source familiar with the plans. The team will also work with outside researchers to review and identify offending content, the source said.

“Reuters’ reporting is wrong. AWS Trust & Safety has no plans to change its policies or processes, and the team has always existed,” an AWS spokesperson told the Daily Caller News Foundation.

The team would reportedly focus on future and emerging threats, the source told Reuters, and would not be reviewing all content hosted on AWS’s platform. (RELATED: Amazon Cuts Off Services To Spyware Company Over Alleged Hacking, Surveilling Of Journalists And Activists)

AWS provides data storage, machine learning, and cloud web-hosting, among other services. The division attracted controversy earlier this year when it kicked social media app Parler off its cloud servers over allegations the app was used to coordinate the Jan. 6 riots inside the Capitol building.

Earlier Friday, AWS did not confirm or deny the Reuters report but expressed its commitment to removing content that violates its policies. 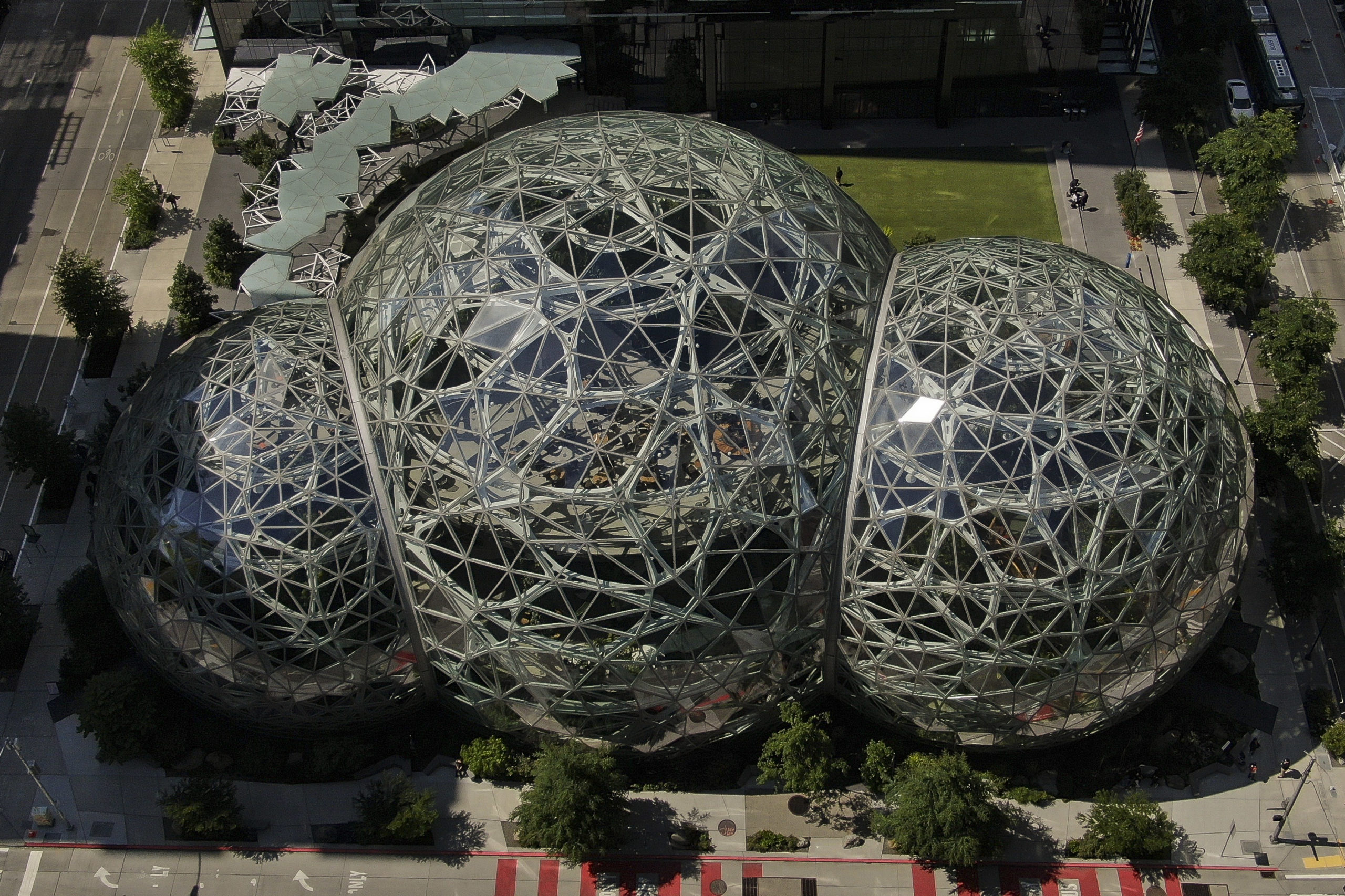 An aerial view of the Spheres at the Amazon.com Inc. headquarters on May 20, 2021 in Seattle, Washington. (Photo by David Ryder/Getty Images)

The spokesperson also indicated that AWS was not currently employing a proactive approach to content moderation, and instead responds after it is notified of potential violations.

“When AWS Trust & Safety is made aware of abusive or illegal behavior on AWS services, they act quickly to investigate and engage with customers to take appropriate actions,” the spokesperson said. “AWS Trust & Safety does not pre-review content hosted by our customers. As AWS continues to expand, we expect this team to continue to grow.”

AWS kicked a website affiliated with the Islamic State off its platform last week, after The Washington Post reported the site was used to promote ISIS propaganda celebrating the suicide bombing in Kabul that killed 13 Marines. AWS’s current acceptable use policy prohibits sites from being used “to threaten, incite, promote, or actively encourage violence, terrorism, or other serious harm.”

The company is currently hiring two positions in its Trust & Safety team, a Manager and a Team Manager, tasked with overseeing the vetting of “potential abuse issues” and contacting “AWS customers in order to put a stop to these harmful acts.”

Amazon has a 41% share of the public cloud services market, according to research firm Gartner.

Editor’s note: This story has been updated with additional comment from Amazon Web Services.